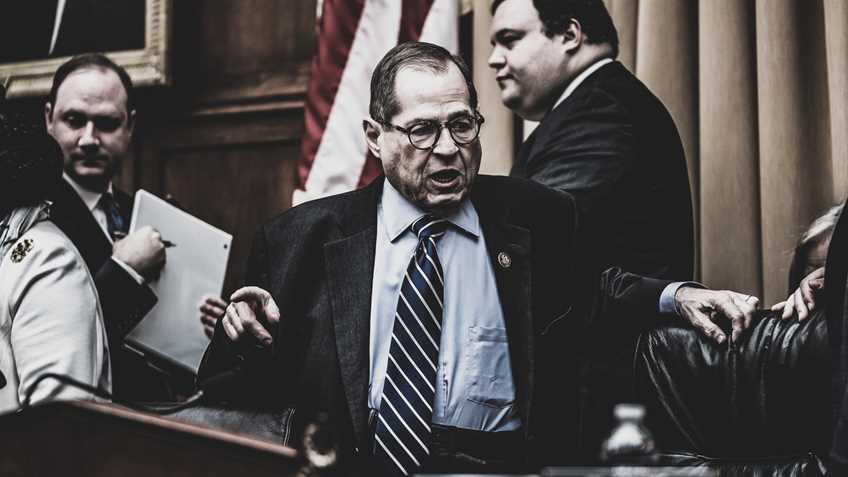 As was continually threatened while Congress was on its six-week Summer break, House Democrats hastily convened a hearing on Tuesday to promote their latest batch of anti-gun bills.  The House Judiciary Committee’s markup of three bills, with Chairman Jerrold Nadler (D-N.Y.) controlling the process, went as one might expect.  The anti-gun Democrat majority railed against guns, while Republicans demonstrated the innumerable flaws with each proposal.

The first bill taken up, H.R. 1236, is the federal version of extreme risk protection orders, or “red flag” laws.  As implemented at the state level, these gun confiscation laws generally authorize the confiscation of firearms from individuals without due process.  A petition for one of these protection orders often can be originated by a broad class of individuals, to include roommates and anyone with whom you've had an “intimate relationship.”  Unchallenged statements made by a accuser before a judge, alleging that someone is a danger to themselves or others in an ex parteproceeding—prior to any formal court hearing at which the accused can be represented by counsel and present counter evidence—would be sufficient for law enforcement to enter that person’s home and confiscate their private property.

H.R. 1236 and similar initiatives are being heavily promoted by anti-gun organizations, and are generally supported by the legacy media.  As previously reported, one media outlet went so far as to exaggerate the results of a recent study on California’s “red flag” law by anti-gun researcher Garen Wintemute.  We can only presume this to be an attempt to promote the concept to the general public.

Congressman Jim Jordan (R-Ohio) pointed out that these schemes flip on its head the long-held presumption that one is presumed innocent until proven guilty.  With law enforcement authorized to seize firearms after an ex parte proceeding, a citizen subject to one of these orders is now presumed guilty until he or she can prove his innocence.

After amending and approving H.R. 1236 on straight party-line votes, the Committee took up H.R. 1186, a ban on magazines that hold more than 10 rounds of ammunition.

Arbitrarily-determined limits on magazine capacity have been proposed for decades, with the items being mislabeled by anti-gun extremists as “high capacity” or “large capacity” magazines. The limits that have been proposed have varied over the years, with advocates calling for all sorts of limits, including 20, 15, and 10 rounds.  Joe Biden, the front-runner for the Democrat nomination to run for President in 2020, seems to want to ban virtually ALL magazines.

The standard restriction among those opposed law-abiding gun ownership, at least for now, seems to be 10 rounds, as H.R. 1186 seeks to ban anything capable of holding more.  And while the current version of the bill allows for those currently in possession of such magazines to continue to possess them should the ban go into effect, Representative Eric Swalwell (D-Cal.) told the committee he would support the government running a “buy-back” program for existing magazines affected by H.R 1186.

Of course, the same sort of magazine ban was already tried once before in 1994.  While Republicans tried to point out that the previous iteration was deemed unsuccessful in accomplishing anything in the realm of lowering violent crime, the Democrats in control advanced the bill, undeterred by facts.

Finally, the committee took up H.R. 2708, which would add to the list of prohibitions on the purchase or possession of firearms anyone convicted of a misdemeanor hate crime. This bill uses the legitimate and serious issue of hate crimes as a smokescreen for its real goal – banning firearms ownership.

While NRA has always supported efforts to keep firearms out of the hands of violent felons, and we presume virtually any violent crime has an element of “hate” involved in it, we do have concerns regarding the continued efforts from anti-gun proponents to expand the list of those who should be prohibited from purchasing or possessing a firearm.

As many have said, if a crime is considered serious enough to warrant someone convicted of it losing a right protected under the Constitution, why not make that crime a felony? It seems ludicrous to consider someone to be of such a potential danger for committing a particular crime that they lose their right to own a firearm, but they are not such a danger to warrant being incarcerated for longer than allowed for most misdemeanors.  A violent criminal is a danger to society, regardless of the motivation for his or her violent ways.

Congressman Ken Buck (R-Colo.) a former prosecutor, pointed out constitutional concerns for the legislation ensnaring people with old convictions and for being vague.  He also suggested, if enacted, it could dramatically slow down the judicial process, as courts struggle to determine which violations are actually prohibitive “hate crimes.”

Considering San Francisco’s ridiculous publicity stunt, is it that much of a stretch of the imagination for someone to start calling for NRA to be designated a “hate group”?

Not if you visit change.org.

While the anti-NRA petition drive at change.org was an absolute bust, we know full well that the gun-ban movement will do everything it can to achieve its ultimate goal of disarming law-abiding gun owners. Labeling NRA and its five millions members a “hate group” would certainly help the cause of those seeking to abolish the Second Amendment.

Tuesday’s Judiciary Committee hearing was little more than another dog and pony show orchestrated by the anti-gun extremists that are in complete control of setting the agenda for the Democrat Party.  For other examples, see here, here, here, and here.

And don’t expect this to end any time soon.

Democrats made it clear on Tuesday that they plan on pushing more gun control in the near future.  Many referred to each bill as, admittedly, not a solution to violent crime, but part of a greater plan.  Representative Pramila Jayapal (D-Was.) referred to a “tapestry of laws” that Democrats wish to pass.  Representative Steve Cohen (D-Tenn.) referenced an upcoming vote to ban semi-automatics, and implied anyone who wishes to possess a semiautomatic rifle should simply “go away.”

Again, please contact your United States Representative  by clicking the “Take Action” button above and ask them to oppose these gun control bills. 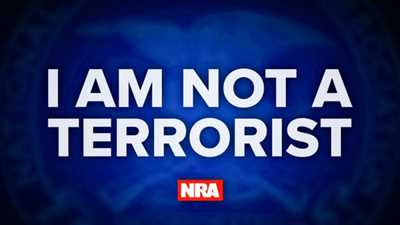