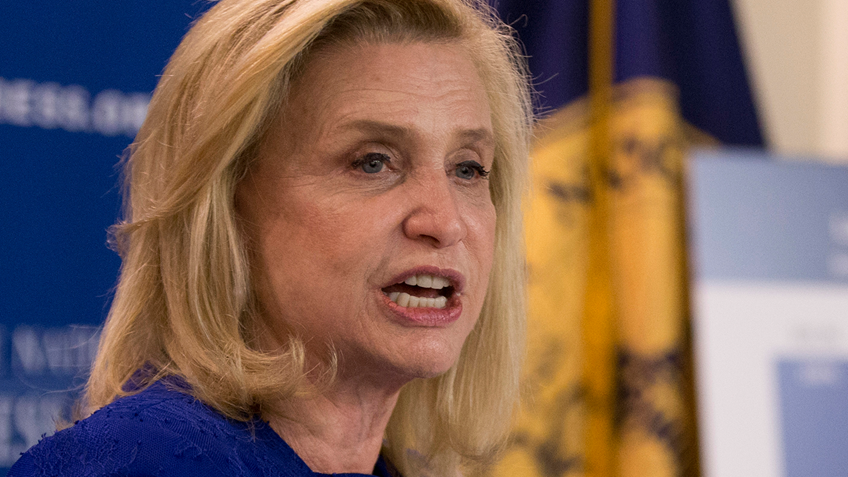 On Tuesday, U.S. Rep. Carolyn Maloney (D-NY) unabashedly embraced the tactics behind one of the most shameful policies of the Obama era, openly using the guise of her federal authority to berate and not so subtly threaten a bank for lawfully serving businesses that don’t reflect her political views.

While the media did their best to protect Barack Obama and his administration from any hint of scandal, two gun related issues managed to stain the White House with considerable and widespread disrepute.

One concerned a program to secretly “walk” guns from American firearm dealers directly into the clutches of ruthless Mexican drug cartels, while at the same using the resulting violence as a pretext to call for increased firearm regulation in the U.S. The officials involved dubbed this Operation Fast & Furious. It was only the death of U.S. Border Patrol Agent Brian Terry, killed in a shootout that involved one of the “walked” guns, that finally forced the issue into the national consciousness.

The other scandal involved federal regulators pressuring banks and payment processors to sever ties with businesses that were completely lawful but that offended anti-gun sensibilities. These included members of the gun industry. This program was known as Operation Choke Point (OCP), and while no fatalities have been attributed to it, the scheme struck at the heart of the rule of law.

In the case of OCP, Department of Justice and Federal Deposit Insurance Company officials provided sworn testimony to Congress denying that regulators were pressuring banks to drop business the regulators found morally objectionable. Apparently, they suggested, the banks just misunderstood the “risk management” guidance they were being provided. In time (after considerable damage had already been done, and the banks thoroughly understood their unwritten marching orders), guidance documents were revised to “clarify” the regulators’ “true intent.”

The NRA and others have already been reporting on how shades of OCP have reappeared in a re-emboldened anti-gun House majority, as well as in their media and plutocratic enablers.

But an oversight hearing by the House Financial Services Committee on Tuesday provided one of the clearest and most shocking examples to date of how anti-gun Democrats are now willing to embrace as official policy what was still treated as scandal under the Obama administration.

The title of the hearing was “Holding Megabanks Accountable: An Examination of Wells Fargo’s Pattern of Consumer Abuses.” Wells Fargo, not coincidentally, provides banking services to the NRA.

The only witness at the four hour plus hearing was Wells Fargo President and Chief Executive Officer Timothy J. Sloan. Mr. Sloan had the unenviable task of serving as punching bag during an extended production of Political Outrage Theatre. The entire premise of the hearing was that Wells Fargo might very well have to endure yet more regulation and oversight – or perhaps be broken up altogether – unless Mr. Sloan provided satisfactory answers to committee members’ questions about the bank and its business practices.

Maloney, for her part, excoriated Mr. Sloan and Wells Fargo for refusing to follow the lead of other national banks that had refused or severed business with members of the gun industry that did not “voluntarily” adopt certain gun control “best practices” that exceed the requirements of federal law.

These practices include banning long gun purchases by young adults eligible for military service and refusing to recognize the 3-day default transfer option that gun dealers may exercise if the FBI does not complete a background check. They also just happened to mirror policy goals that anti-gun Democrats – a category that includes Maloney herself – have been pursuing through legislation they have not to date been successful in enacting.

Maloney, in other words, was not accusing Wells Fargo of having done anything illegal by transacting with members of the firearm industry. Rather, she was criticizing the bank for not imposing anti-gun rules that Congress itself has failed to adopt.

Maloney noted that Wells Fargo does have corporate “human rights” practices that in some cases exceed legal and industry standards. She then mentioned the Parkland massacre, as if Wells Fargo were somehow complicit in the acts of a deranged murderer who had nothing to do with the bank and who had been given authorization to buy the gun he used in his crime by the federal government itself via its background check system.

“Why,” Maloney demanded to know, “does Wells Fargo continue to put profits over people by financing companies that are making weapons that are literally killing our children and our neighbors? … How bad does the mass shooting epidemic have to get before you will adopt common sense gun safety policies like other banks have done?”

Given the backdrop of Operation Choke Point, Maloney might as well have asked, “Federal regulators and big city newspapers have browbeaten your competition into submission on the issue of servicing firearm industry clients. How dare you defy their wishes and continue to do so?” She also invoked the shibboleth that school shootings are increasing, a premise that research refutes.

Mr. Sloan calmly answered, “We don’t put profits over people. We bank many industries across this country.” He continued, “We do our best to ensure that all of our customers who we bank follow the laws and regulations that are in place on a local and a state and a national level.”

Mr. Sloan, however, stood his ground. “We just don’t believe that it is a good idea to encourage banks to enforce legislation that doesn’t exist.”

He didn’t add, but he could have, that respect for human rights also necessitates respect for the fundamental rights of self-preservation and self-protection.

The entire exchange can be seen on this video, starting at 48:03.

Needless to say, no business in America could survive if it had to comply not just with all the binding laws that regulators foist upon the country’s companies and employers but with the personal sensibilities and politics of all 535 federal legislators, plus those of thousands of federal bureaucrats.

Nor could any business survive if it had to answer for every unaffiliated person who abused or misused one of its products or services.

That is why America is often said to be a country of laws, not men. That principle has provided the most stable and prosperous economy and business environment the world has ever known.

That stability is threatened, however, by those like Maloney and others who would rule by intimidation and humiliation rather than by duly enacted legislation.