Anti-Gun Democrats Inject Politics into Banking, Seek Punishment for Regulator Who Pushes Back 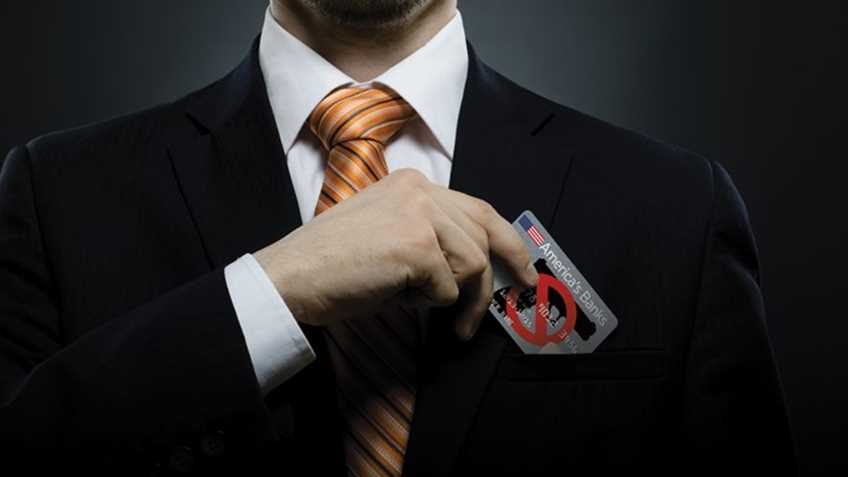 Should law-abiding Americans be able to participate in the modern economy on equal terms? Or should unscrupulous politicians who can’t earn the votes to pass their policy proposals the democratic way use access to financial services as an end run around the political process? If you’re an anti-gun member of Congress who failed at gun control, your answer to these questions is “no” and “yes,” respectively. And should a banking regulator have the audacity to suggest that politics don’t belong in financial services, you respond by calling for him to be formally investigated for abusing his authority for political purposes.

While hypocrisy and shamelessness are nothing new to congressional gun control advocates, their latest attempt to manipulate the markets and punish those who stand in their way sets a new low for political gamesmanship.

To understand this latest turn of events, we must revisit one of the darkest and most insidious chapters of the Obama Administration’s anti-gun activism: Operation Choke Point. Billed as a criminal investigation into “banking fraud,” the program used the Department of Justice’s (DOJ) and the Securities and Exchange Commission’s (SEC) regulatory authority over banks to discourage them from servicing legal businesses the administration considered objectionable.

Obama’s DOJ regulators insisted that a bank could defraud itself by engaging in business with shady customers who posed a “reputation risk” to the bank. And if the bank’s other customers didn’t care, the regulators themselves certainly did, and they would prove it by subjecting banks who serviced the disfavored businesses to high-profile and potentially embarrassing investigations that would themselves harm the bank’s public image.  It should surprise no one that the “high-risk merchants” that could trigger this unwelcomed regulatory oversight included firearm and ammunition vendors, especially those with any sort of online presence.

The upshot was that firearm-related businesses that had never been accused of violating the law suddenly lost long-standing banking relationships. Other start-ups found themselves unable to find financing in the first place. Sometimes payment processors even froze remittances from customers for products or services already rendered. Credit and cash flow are the oxygen of any business, and the Obama administration was hoping to strangle firearm-related businesses out of existence by cutting off these vital resources.

Fortunately, pro-gun members of Congress got involved, and investigations and publicity shed enough light on these outrageous practices to drive them back under the rocks and into the crevices from which they had emerged. Needless to say, Obama’s regulators denied any culpability, claiming the banks had simply misunderstood guidance they had been given on managing risk.

Operation Choke Point conclusively came to an end under President Trump’s watch. But the damage had been done, and some risk-adverse banks remained wary of getting back into lines of firearm-related business that had already brought them so much unwanted negative attention.

Then came the terrible crime at Marjorie Stoneman Douglas High School in Parkland, Florida, with gun control advocates portraying America’s gun owners and the businesses that serve them as the true culprits in firearm-related violence.

So emboldened were the gun control advocates that they were willing to openly discuss ideas that they had once hid behind closed doors and insistent denials. In the days following the Parkland incident, an editorial appeared in the New York Times entitled, “How Banks Could Control Gun Sales if Washington Won’t.” While it didn’t mention Operation Choke Point by name, it proceeded along a similar premise, that banks somehow had a responsibility to police America’s gun industry beyond the bounds currently set in the law itself.

“What if,” the author asked, “the finance industry — credit card companies like Visa, Mastercard, and American Express; credit card processors like First Data; and banks like JPMorgan Chase and Wells Fargo — were to effectively set new rules for the sales of guns in America? It then suggested specific gun control measures the banks could enforce by cutting off customers who didn’t comply, including bans on “assault weapon” and certain magazines and accessories.

Though admitting these products were “completely legal” under current law, the author insisted that through coordinated action by financial service providers, “they would be eliminated from virtually every firearms store in America … .” He then explained how he had spent the equivalent of nearly two weeks worth of business time pitching this idea to his contacts within the financial services industry.

The author of that article found a receptive ear in at least two big national banks, Citigroup and Bank of America. Citigroup's new policies were announced by its executive vice president of global affairs, Ed Skyler. Skyler however, was not just a random business executive moved by his own conscience. In fact, he was formerly a senior official within the mayoral administration of billionaire businessman Michael Bloomberg, who has spent untold millions of dollars from New York City taxpayers and his own fortune pursuing gun control. Yet the same media who normally lament the “revolving door” between government and big finance, in this case, cheered on the blurring of those lines and urged banks to take additional steps to restrict lawful firearm-related commerce.

You might think that anti-gun members of Congress would have been content at that point to quietly revel in the knowledge that their fellow travelers in the financial services industries were now “voluntarily” continuing the work that Operation Choke Point had begun. But casting aside all pretense of decency and propriety, anti-gun Senate Democrats, led by Dianne Feinstein (D-CA) and Brian Schatz (D-HI) actually sent letters to senior officers of other national banks, applauding Citigroup and Bank of America and urging the other banks to do the same thing. While the letters did not contain any specific promises or threats, the subtext was inherent and obvious: if the banks wanted to be on the good side of the politicians who regulate their industry, discriminating against customers those politicians don’t like is a good way to do it. The Senators, in other words, were unabashedly embracing the same kind of treachery that was at the bottom of Operation Choke Point.

Pro-gun members of Congress – including Senate Banking Committee Chairman Mike Crapo (R-ID) reacted to the banks as well, exerting their own pressure from the opposite direction. Media outlets, who previously never met an exercise of government authority against a bank they didn’t love, pretended to reach with shock that these pro-gun Congresspersons would interfere with the banks’ supposedly “free market” decisions.

Michael Bloomberg’s own media arm also feigned outrage over what it called “a stern lecture on guns” supposedly delivered behind closed doors by Michael Piwowar, a Republican appointee to the SEC, to Citigroup executives. The Bloomberg Businessweek article described Piwowar as “[g]lowering and emphatic” as he “began castigating [the group] for straying into social policy.” The article cited unnamed executives as claiming they felt threatened because “Piwowar said he knew Citigroup wanted the SEC to ease regulations on derivatives and proprietary trading and suggested they might have trouble finding the votes on the Republican-led commission.”

Now, incredibly, some of the same Senate Democrats who signed the letters urging the banks to discriminate against law-abiding customers in the firearm industry are insisting on an ethics probe against Piwowar for supposedly abusing his government authority. In a June 13 letter to SEC Inspector General Carl W. Hoecker spearheaded by Chris Van Hollen (D-MD), the senators accused Piwowar of “abus[ing] his government position in an attempt to unduly influence Citigroup to reverse a business decision that conflicts with his personal and political views.” The letter cited to a regulation setting forth  “Standards of Ethical Conduct for Employees of the Executive Branch” and asked Hocker to “review this incident and take action as appropriate.” The senators continued, “Simply put, the SEC should base regulatory decisions on facts and merits, not on unrelated corporate practices that a particular Commissioner dislikes or that are disliked by organizations they support.”

To summarize, various Senate Democrats used their own authority to pressure and cajole banks into discriminating against law-abiding customers for the Senators’ own personal and political reasons. But when an Executive Branch official supposedly warned bankers not to discriminate against law-abiding customers on non-financial matters relating to social policy, those same Senators want him investigated for an abuse of authority.

The brazen hypocrisy of these Senate Democrats is notable enough. But when government officials seek to use their positions to deny law-abiding Americans access to the services they need to earn their livelihood, that’s real abuse. When another government official tries to restore access to those services and end discrimination, it seems to us he’s on higher ground. Yet if the first group gets its way, it’s the second official who will be punished.

Anti-gun Democrats are salivating at the idea that they will recapture the U.S. House in the midterm elections and perhaps even the Senate as well. To do so, they are counting on American voters to have short memories. But knowing a little history goes a long way in interpreting current events and making wise decisions at the polls.

IN THIS ARTICLE
Bank of America Citigroup
TRENDING NOW 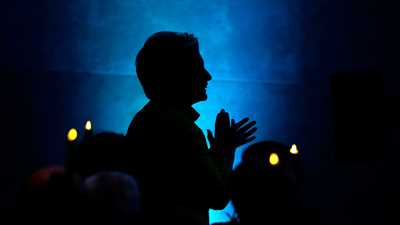