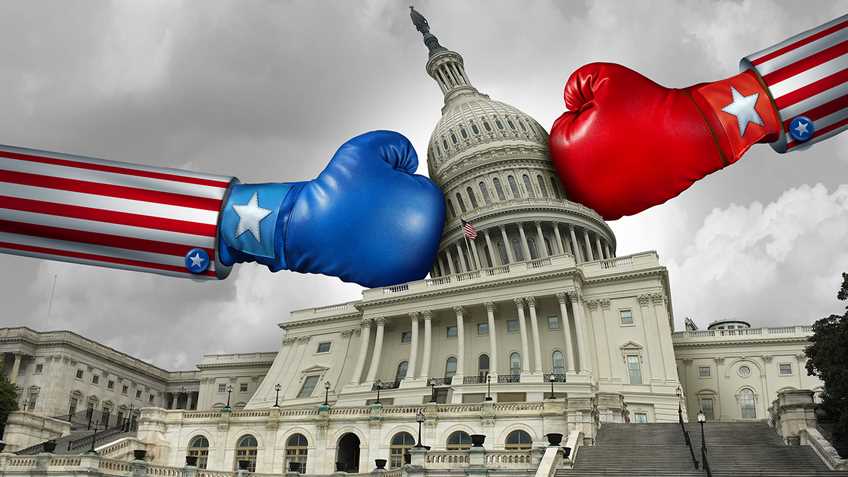 On Wednesday, the House Financial Services Committee held a hearing it called, “Holding Megabanks Accountable: A Review of Global Systemically Important Banks 10 years after the Financial Crisis.” If you are wondering what that could possibly have to do with the Second Amendment, let us remind you that Nancy Pelosi (D-Calif.) is the Speaker of the House.

As we have reported before (here, here, and here), the anti-gun extremists that are now running the Democrat Party in control of the House of Representatives are using every opportunity they can to attack the rights of law-abiding gun owners. Wednesday was no exception.

The title of the hearing should have indicated it was intended to look at the nation’s largest banks and their practices after having been assisted with taxpayer dollars in 2008 during the Great Recession and the subprime mortgage crisis. And there was some of that, with the banks indicating they had taken the necessary steps to ensure they don’t find themselves faced with a similar crisis.

But there was so much more.

Every Democrat who spoke seemed to have an axe to grind with the bankers, and most had little to do with what happened a decade ago. Some complained about fossil fuels and the climate (because banks often invest in, or loan money to, companies involved in fossil fuels), while others talked about bank employee salaries or executive compensation. There was even discussion about crushing student debt, even though banks have not been involved in student loans since 2010.

Then, of course, there was the topic of guns.

Representative Carolyn Maloney (D-NY) was the first to talk about banking and firearms. Last month, during another Financial Services Committee hearing, she went after Wells Fargo for not cutting all financial ties with members of the firearm industry.

This week, Maloney raised the specter of recent mass murders, then praised Citigroup CEO Michael Corbat and Bank of America (BoA) CEO Brian Moynihan. Those banks chose to cave in to anti-gun extremists and establish policies that sought to force their customers in the firearm industry to change their practices, or lose access to financial services.

Citigroup’s policy required its customers that sell or manufacture firearms to not sell any firearms to anyone under 21, even though federal law, and most states, allows for federal firearms license holders to sell rifles and shotguns to anyone who is 18 years old, and not otherwise prohibited from possessing a firearm. The banking giant also stated it would not do business with companies that sell standard capacity magazines.

BoA established that it would no longer lend money to firearms manufacturers that produce certain configurations of commonly-owned semi-automatic firearms for civilian use.

After praising these banks, Maloney then turned her attention to James Dimon, the CEO of J.P. Morgan Chase, complaining that the bank continued to loan money to manufacturers of semi-automatic firearms, and lamenting over the decision to take partial ownership of Remington Arms. To Dimon’s credit, he stood by his company’s decisions, pointing out that the firearms industry is carefully regulated, and subject to numerous state and federal laws. He indicated his company would continue to do business with those involved with firearms as long as they remain lawful.

Representative Madeleine Dean (D-Penn.) used a portion of her time to also praise those banks that had capitulated to the anti-gun mob, thanking those who had “chosen to reduce, if not eliminate, lending” to the firearm industry. She then asked the banks that had not capitulated to do so, and reduce loans and investments until gun manufacturers bend to the will of the anti-gun movement.

There were some, however, that chose to speak out against the movement to use banks and their lending practices to attack the Second Amendment.

Representative Bill Posey (R-Fla.) asked the banking representatives if there were certain lawful businesses with which they would not offer their services. Citigroup’s Mr. Corbat said there were none, although we already know of his bank’s efforts to force retailers to change their lawful practices to comport with anti-gun ideals.

BoA’s Moynihan claimed the bank’s policy was made at the request of “teammates,” which we presume is his term for employees. He made clear that his bank would not do business with gun manufacturers that would not “modify their practices” to satisfy not federal or state laws, but BoA’s arbitrary determination as to what firearms are appropriate. And what they deem as appropriate would appear to be guided by employees.

One presumes BoA employees would like substantial salary increases, but we doubt the bank would be as receptive to such demands.

Representative Posey said he appreciated J.P. Morgan Chase’s Mr. Dimon for previously stating his bank would continue to loan money to gun manufacturers, then asked Goldman Sachs COO David Solomon if his company would not do business with certain lawful businesses. He stated they would not do business with companies that manufacture many semi-automatic firearms and standard-capacity magazines.

Morgan Stanley CEO James Gorman stated his company has “restricted our activities for those having retail sales of automatic and semi-automatic weapons.”

When Posey asked State Street Bank CEO Ronald O’Hanley if there are any investors with whom his bank would not do business because certain political groups find them objectionable, he said there were not.

Also speaking in defense of lawful manufacturers, Representative Sean Duffy (R-Wisc.) pointed out to BoA’s CEO that his company’s policy on guns is likely not supported by a great many of the customers his bank serves. Duffy stated that the policies may play well in places like California, but reminded Moynihan that the name of his bank is the Bank of America, not the Bank of New York or California.

Going further into the discussion, it was pointed out that BoA does business with movie studios and video game companies. Both industries have their detractors, yet Mr. Moynihan could not point out to Representative Duffy any policies that BoA has established in an attempt to regulate those products.

This hearing exposed, yet again, the efforts of anti-gun extremists to use any means necessary to try to drive gun manufacturers out of business. We would hope that banks would see this for what it is; an attempt to circumvent the legislative process. We would also hope that banks will realize that, if successful, zealots holding extreme views on every imagined political issue will be emboldened to use the same tactics.

Banks should stick to being banks, and continue doing business with customers involved with legal enterprises, regardless of whether some enterprises fall out of favor with a small fraction of Americans who hold extreme political views.

One other thing the hearing exposed, however, is that those with extreme political views are guiding the Democrat Party leadership. We can expect firearms and NRA to continue to be brought up in House hearings ad nauseum, regardless of whether there is any sort of nexus between the hearing and the Second Amendment. 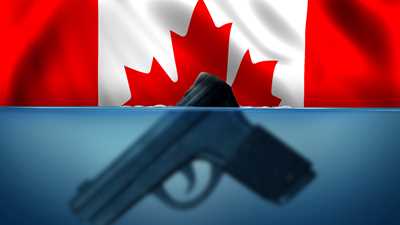