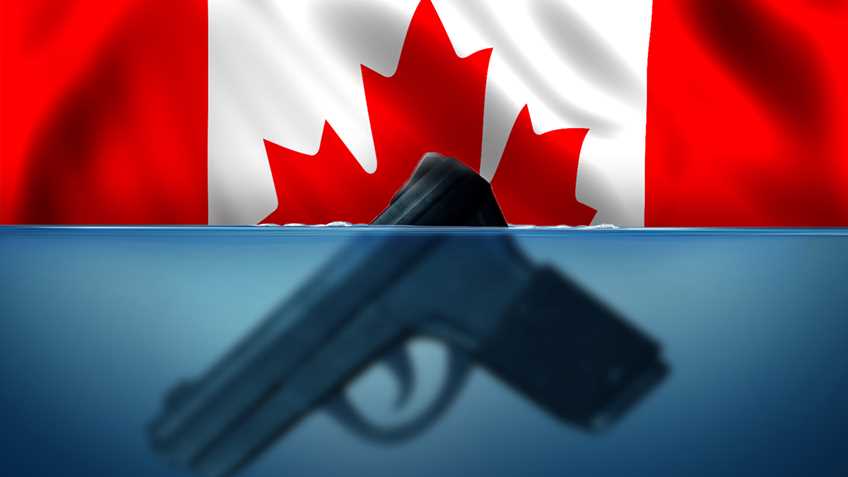 The senators made critical changes to several sections of the bill, many of which were proposed by Senator Don Plett, the committee’s most vocal opponent of the bill. The SECD’s report was issued on April 10, and summarizes these amendments.

These include a deletion of the proposed “lifetime” background check for new applicants and licensees in section 2; a restoration of the Criminal Code provision authorizing the government to classify firearms as non-restricted and restricted (which C-71 deletes); and the addition of a new Section 11.1, requiring the Commissioner of Firearms to report, annually, to the government the decisions and recommendations made (along with the underlying reasons) regarding “whether a firearm is a prohibited firearm, a restricted firearm, or a non-restricted firearm,” plus “the actual or anticipated costs to firearms owners and businesses of those decisions and recommendations.”

The most telling development, though, was the committee’s rejection of an amendment to add a handgun ban. Senator Marilou McPhedran moved an amendment to the bill’s section 16 as a means “to deal more effectively with the proliferation of handguns in Canada.” Her amendment would classify all handguns as “prohibited firearms” under s. 84(1) of the Criminal Code, exempting only any handgun “that is prescribed for use in international sporting competitions governed by the rules of the International Shooting Union.”

Under Canada’s firearm laws, handguns are already tightly regulated. Reclassifying all handguns (except for guns used in competitions at the highest levels) as “prohibited” firearms would mean significant, additional restrictions for existing handgun owners and increased exposure to criminal penalties for noncompliance.

The committee had previously heard testimony, notably from gun retailers and the Canadian Sporting Arms and Ammunition Association on February 25, regarding the increasing popularity of sports shooting and the related growth in handgun sales. These lawfully owned and lawfully used handguns are the firearms that Senator McPhedran means when she refers to a “proliferation of handguns” that must be repressed through new legislation.

In pushing the ban, Senator McPhedran advised the committee of her fear that the government agenda regarding a separate bill on handguns is not moving quickly enough and will run out of time before Canadians go to the polls in October.

Senator Plett, speaking against the amendment, expressed both procedural and substantive concerns. Senator McPhedran was, in effect, preempting the existing government agenda on handguns and “overriding the entire public consultation process” that had taken place on that issue. While she was “quite correct” that the handgun legislation “won’t happen [with] this parliament,” it was clear, also, that should the Liberal government be reelected, it would proceed with plans for new laws to further restrict handguns. Substantively, the amendment’s sole exemption was for a tiny class of high-level competitive shooters, an “arbitrary” exemption that didn’t extend to the preparatory shooting sport culture necessary to create Olympic-level athletes (“Who is going to become an Olympic shooter if they don’t shoot at an earlier point in their life?”).

Other senators agreed, pointing out that the amendment failed to address what would happen with handguns that were currently legally possessed once a ban took effect, and the amendment was “premature” in light of the ongoing government consultation process regarding changes to the handgun law. Ultimately, the committee report recommended deletion of the bill’s section 16 entirely.

Bill C-71 has already passed in the House of Commons and received two of the required three readings in the Senate. While the bill and the committee’s report now go back to the Senate, new and different amendments to bill C-71 may still be made. Senator McPhedran has indicated she will propose her handgun ban amendment again when the Bill C-71 comes before the Senate for third reading.

A day after the issuance of the committee report, the government’s consultation and engagement report, Reducing Violent Crime: A Dialogue on Handguns and Assault-Style Firearms, was released by Public Safety Canada. This follows an “engagement process” launched in October 2018 by Bill Blair, Minister of Border Security and Organized Crime Reduction, to “assist the government in determining next steps as to any possible changes to firearms legislation and/or the Criminal Code.” One of the key findings of this report was the lack of clear-cut support for a handgun ban, with strong opposition against a ban or further limiting access to handguns being expressed by “all the shooting sports clubs/associations and retailers, most of the academic/researchers and wildlife/conservations associations, as well as a territorial government, an association representing rural municipalities and a group representing LGBTQ+ firearms owners” who made representations during this process.

Canada’s law-abiding gun owners have made their views clear. They have now been fighting the misguided and ineffective Bill C-71 for over a year. This October, “the real battle,” as noted by Senator Plett, will be at the ballot box.