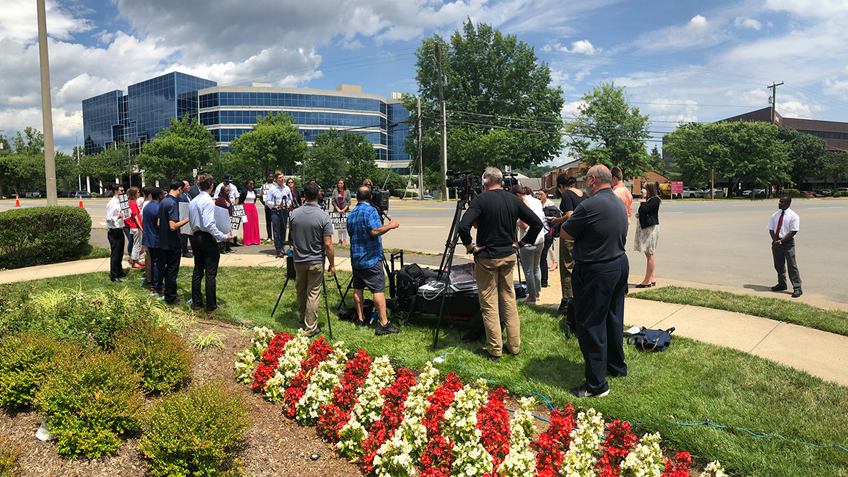 The 2020 presidential contest is now underway in earnest. On Tuesday, President Trump officially kicked off his reelection campaign to a packed house at the 20,000 seat Amway Center in Orlando, FL. Earlier that day, one of the two dozen or so contenders for the Democratic presidential nomination tried to have a rally of his own to draw attention to his signature issue of gun control. The difference between the two events speaks volumes about the role the Second Amendment plays in American politics.

At about 1:30 in the afternoon, a little-known U.S. Congressman from California’s 15th District held an event on the sidewalk across from NRA Headquarters in Fairfax, VA. There doesn’t seem to be much point in mentioning his name, as he is polling at a pathetic 1% in his party’s primary race and just barely qualified to attend the first Democrat debate.

The location of the “event” (if that’s not too strong a word) was meant to be symbolic. Speaking to The Hill last week, the candidate boasted: “I’m taking the battle to the NRA’s doorstep with a new, broader package of commonsense reforms to end gun violence.” The Hill article noted that “gun control” is the “centerpiece” of this individual’s “long-shot Democratic presidential bid.” Indeed, at his campaign launch in April, he told his audience that “this issue [i.e., gun control] comes first.”

It can only be assumed, then, that this “confrontation” with the NRA was a key moment in his effort to gain some national attention and raise his profile in a crowded field.

Instead, the gathering was an embarrassingly lame example of either extremely poor planning or rank disinterest in anything the individual had to say. With sun breaking through the clouds, accompanied by typical Northern Virginia heat and humidity, the crowd topped out at 18 individuals during the height of the event. This does not include the individual himself or a small contingent of reporters, but it does include his own staff and others who actually accompanied him to the site.

Adding to the humorous nature of the scene was the backdrop of a giant black tour bus that looked as if it could have held many dozens of occupants. Like a reverse clown car, it disgorged a “crowd” completely disproportionate to its size.

There’s nothing funny, however, about what this pretender would do to your Second Amendment rights in the far-fetched event he actually wielded power from the Oval Office.

The individual’s plan – which he misleadingly calls “A National Framework to End Gun Violence” – is basically a compendium of the worst thinking on gun control from the last 40 years.

Needless to say, the centerpiece of the “Framework” is a massive gun ban, in this case on what he calls “military-style semiautomatic assault weapons.” This likely refers to magazine-fed semi-automatic rifles like the AR-15, which not incidentally is America’s most popular centerfire rifle platform.

Unlike other recent proposals, his plan calls for forcing those who previously obtained the newly-banned guns lawfully to surrender them to the government for whatever compensation D.C. bureaucrats decided to offer. He calls this the option for the person “who chooses to follow the law.”

Any person “caught defying the law” by refusing to relinquish their lawfully-obtained and constitutionally-protected property, meanwhile, could expect to be criminally prosecuted under the plan.

Of course, the true threats to public peace and order do not “choose[] to follow the law,” and the types of firearms he proposes to ban are actually under-represented in violent crime in the U.S. And even considering the far more infrequent phenomena of mass shootings, semi-automatic rifles are under-represented in those crimes as well.

The rest of the individual’s proposed agenda is too lengthy to fully enumerate, but lowlights include:

The full list is considerably longer, but the obvious intent is to discourage gun ownership by making it as expensive, burdensome, bureaucratic, legally perilous, and socially unacceptable as possible. Indeed, if he accomplished every item he proposes, American citizens would be worse off in terms of access to firearms than residents of many Western European countries that have no pretense of a “right” to arms and instead treat gun ownership as a tightly-restricted privilege.

Yet even as this plan was being unveiled to an audience that could barely fill a spacious utility closet, another, significantly larger audience was massing well ahead of President Trump’s official campaign kick-off later that night. That event packed the 20,000 seats of the arena, with an overflow crowd cheering the President on from outside of the venue as well.

And it wasn’t just the numbers that told the tale. There was an enthusiasm and electricity to the crowd in Orlando that is simply unmatched in American politics today.

For Second Amendment supporters, the president has been a steadfast ally, refusing to bend to the will of anti-gun forces within the Democrat party, the legacy media, and increasingly in a business climate that appears to embrace virtue signaling even over company mission or shareholder value. His years in office have seen some of the harshest, most sustained attacks against the Second Amendment in our nation’s history, and he has held firm to his promise to be friend to the law-abiding gun owner. None of the many gun control bills introduced into Congress have succeeded during his watch.

Not only that, he has appointed two justices to the U.S. Supreme Court committed to the original understanding of the U.S. Constitution. The Second Amendment will again be before the court this year, and thanks to President Trump, it will be given the respectful consideration it deserves. That would not have happened if Hillary Clinton had succeeded in her bid for the White House.

President Trump mentioned the Second Amendment three times in Orlando, and the crowd responded each time with raucous cheering and applause.

Like his would-be opponent from California, the President has situated the Second Amendment squarely at the center of his campaign. President Trump, however, understands the fundamental place the right to keep and bear arms holds in American life. “We will protect our Second Amendment,” he promised once again.

Fortunately, President Trump will almost certainly not be facing the Congressman from California’s 15th District in the race for the White House. And while the president’s eventual opponent is likely to take a more “moderate” stance on firearms in the general election, there’s little doubt the gun control wish list unveiled last Tuesday was as much as anything a roadmap anti-gun forces hope will lead to the eventual destruction of the Second Amendment. Bit by bit, they are hoping to change the terms of the debate and move the window on what is considered possible in infringing your rights.

Two views of the Second Amendment emerged on Tuesday, and it was clear which one was more widely embraced.

But make no mistake, there is still much work to be done to ensure that view also prevails in 2020. The media’s knives were out before the president even finished his speech, spinning familiar tales about the doom that surely await his electoral ambitions.

So we must do all we can to protect our freedoms in the 2020 elections. 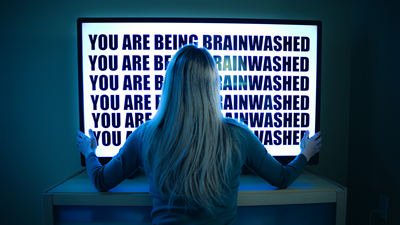