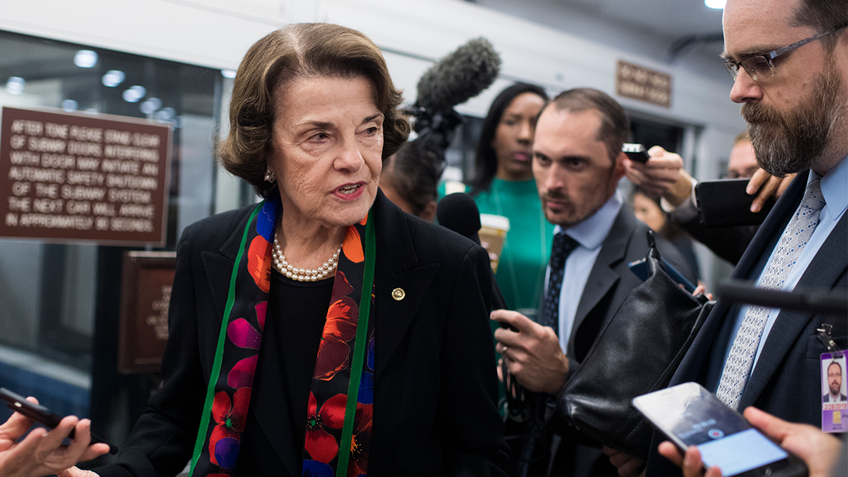 On Wednesday, longtime gun control extremist Dianne Feinstein (D-CA) introduced the latest version of her perennial bid to rid America of its most popular types of rifles, as well as the standard capacity magazines that come with most modern firearms.

Feinstein has spent several days hyping the bill’s provisions to the media, but as of Friday afternoon, she had yet to actually release the text of the measure to the American public.

Her own description of the bill notes that it would ban “the sale, manufacture, transfer and importation of 205 military-style assault weapons by name.” Also included would be certain firearms that accept “a detachable ammunition magazine and [have] one or more military characteristics including a pistol grip, a forward grip, a barrel shroud, a threaded barrel or a folding or telescoping stock.”

Magazines would be banned if they “hold more than 10 rounds of ammunition.”

Feinstein additionally claims she has “updated” the version of the legislation she introduced in the last Congress by banning more types of adjustable stocks, as well as stabilizing braces for pistols, and grips and stocks developed to comply with “assault weapons bans” enacted in the states.  She even promises to include a provision that would ban certain pistols based on their unloaded weight.

Feinstein and lead co-sponsors Chris Murphy (D-CT) and Richard Blumenthal (D-CT) portrayed the measure as a response to youthful activism demanding an end to mass shootings and as a way to rid “the streets” of "military grade weaponry."

But there is zero evidence the bill would accomplish this goal.

Mass shootings have unfortunately occurred during the prior federal “assault weapons” ban and more recently in states with their own sweeping prohibitions on semiautomatic firearms. They have involved many different types of guns over the years, with the firearms targeted by this bill no more often represented than other common types of guns.

The firearms the bill targets are, however, the most popular class of centerfire rifles in America, with some 16 million having entered then stream of commerce in the U.S. since the previous national ban expired in 2004.

Law-abiding Americans use them for every type of lawful purpose, including personal and home defense, hunting, marksmanship competitions, and recreational target practice.

Ironically, one of the nation’s most notorious mass shootings was actually stopped by a hero wielding an AR-15, exactly the sort of rifle targeted by the bill. Steven Willeford of Sutherland Springs, TX, credits his AR-15 with giving him the wherewithal to confront an armed assailant who had been preying on helpless victims at a local church. Willeford’s quick action caused the attacker to flee and stopped any further loss of innocent life.

But while law-abiding Americans have adopted semiautomatic rifles in droves, they are not the firearm of choice for violent criminals. Year after year, the FBI’s statistics tell a consistent story: rifles of any sort are used less often as a murder weapon than other types of common firearms, as well as knives and cutting instruments, clubs and other blunt objects, and even hands, fists, and feet. Feinstein’s bill would ban firearms that are actually under-represented in nationwide violent crime trends.

Feinstein’s justifications for her bans over the years have been inconsistent and contradictory.

In 2013, she said: "Military-style assault weapons have but one purpose, and in my view that's a military purpose, to hold at the hip, possibly, to spray fire to be able to kill large numbers."

Now she wants to ban stabilizing braces because, so she claims, they “transform assault pistols into assault rifles by allowing the shooter to shoulder the weapon and fire more accurately.”

The inclusion of stabilizing braces and other features that had been developed specifically in response to prior bans shows that no modern firearm meets Feinstein’s shifting criteria of acceptability. Indeed, her legislation is nothing so much as an attempt to deny law-abiding gun owners the benefits of modern technology and restrict them to 19th Century firearm designs.

Needless to say, however, the modern criminal element will not be playing by the antiquated rules that Feinstein hopes to apply to the rest of us.

Rest assured, the NRA will not stand for this latest assault on the Second Amendment. Americans have a constitutional right to possess firearms “in common use at the time for lawful purposes,” and the semiautomatics and magazines covered by this bill undoubtedly fit that description.

We have been warning about the coming onslaught of national gun control proposals from congressional Democrats. Now that it is upon us, it is more important than ever before that gun owners remain focused and united in fighting for our rights.