Hillary Clinton: "Reasonable" to Require Guns to be Unusable at Home 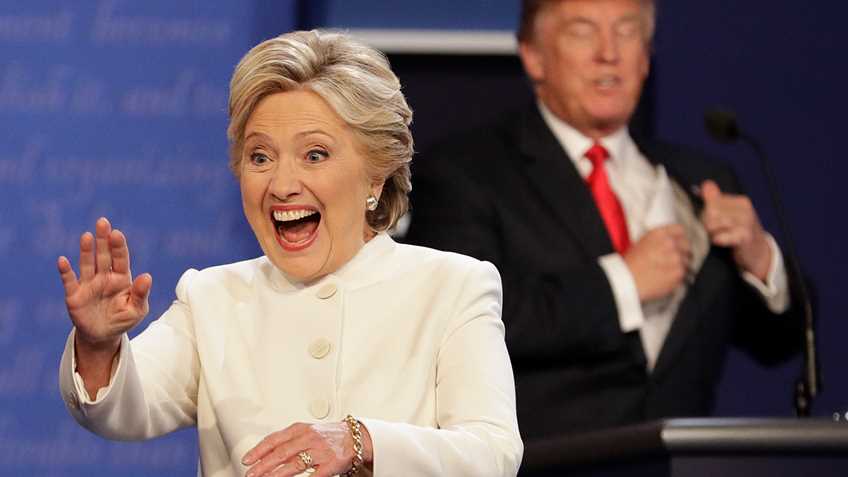 The candidate who claimed politicians “need both a public and a private position” on policy issues demonstrated that tendency Wednesday night in the final presidential debate in a desperate bid for damage control on a statement she made in a private meeting with wealthy donors.

That earlier statement was simple, uncomplicated, and utterly damning to anyone who believes in the Second Amendment. Hillary Clinton told the very people who she depends on to fund her political ambitions: “the Supreme Court is wrong on the Second Amendment. And I am going to make that case every chance I get.”

As a Yale-educated attorney, Clinton knew exactly what she was saying when she made that remark. But it doesn’t take a lawyer to understand the contempt it demonstrates for the right to keep and bear arms.

At the time Clinton made that statement in September 2015, the Supreme Court had decided only two cases under Second Amendment during the 21st Century.

The first was District of Columbia v. Heller in 2008. That case concerned two aspects of D.C. law. One effectively banned the possession of handguns within private homes. The other effectively required all types of firearms to be kept in an unusable condition within a person’s own residence.

The very modest proposition to arise from Heller is that there is an individual right under the Second Amendment to keep handguns and other commonly-possessed firearms in their homes in a usable state for self-defense.

Two years later, the Supreme Court expanded upon the Heller decision in a case involving a handgun ban in Chicago. There, the court invalidated the Chicago ban and confirmed that the protection of the Second Amendment applies not only to federal restrictions, like the ones in D.C., but those passed by state and local governments as well.

Hillary Clinton was well aware of this when she declared the Supreme Court “wrong” on the Second Amendment. Her audience understood the significance of her remarks as well, cheering and applauding her promise to “take on the NRA.”

Later, Clinton doubled down on her rhetoric, describing Heller as a “terrible” decision. And as of June, she was still unable to bring herself to acknowledge the Second Amendment protects an individual right.

Clinton has more recently been forced to walk an increasingly awkward line as her campaign has reached beyond her donors and primary supporters to the broader America public. Distancing herself from her privately expressed opinion, Clinton has since publicly asserted that she is “not looking to repeal the Second Amendment” and is “not looking to take people’s guns away.”

Nevertheless, her own campaign website continues to call for a ban on “military-style assault weapons,” which is simply her unflattering term for AR-15s and the like, America’s most popular rifles. In other words, even as she’s insisting she doesn’t want to take away Americans’ guns, she’s promoting a ban on the very types of rifles Americans choose over all others.

That’s what ordinary people – the kind Clinton refers to as “deplorable” and “irredeemable” – call a lie.

Yet Clinton’s performance at Wednesday’s debate was perhaps her most mind-bending and dishonest attempt yet to distort her position on the Second Amendment.

When directly confronted with her statement that the Supreme Court is “wrong on the Second Amendment,” Clinton created an entirely new storyline to explain the inexcusable.

Clinton began her answer by disingenuously claiming to “support the Second Amendment.” She was, of course, unable to offer any evidence from her four decades in public life and government employment to support this comment. And, indeed, she then went on to recite a non-exhaustive litany of the gun controls she would pursue as president.

You mentioned the Heller decision. And what I was saying that you referenced … was that I disagreed with the way the court applied the Second Amendment in that case, because what the District of Columbia was trying to do was to protect toddlers from guns and so they wanted people with guns to safely store them. And the court didn't accept that reasonable regulation, but they've accepted many others. So I see no conflict between saving people's lives and defending the Second Amendment.

Clinton’s answer was not only dishonest, it was inaccurate in almost all its particulars.

First, the District’s ban didn’t just require safe storage to prevent access by toddlers. It made possessing a loaded, usable firearm in the home – including for self-defense – a crime. The crime did not require proof of access by children or even proof that children were present in the home. Clinton’s answer also seemed suspiciously coincidental with a recent, dubious media blitz on firearm accidents among children.

D.C.’s requirement that firearms be kept unloaded and disabled, which Clinton now claims to endorse, was also far from “reasonable.” It made even lawfully-owned guns useless for what the Supreme Court identified as their “core” purpose under the Second Amendment: self-defense.

It’s simply incredible that Clinton can claim to “support” the Second Amendment, while at the same time insisting that the government should be able to make loading a gun a crime.

Yet even taken at face value, Clinton’s comments should be enough to put gun owners on notice of what sort of Second Amendment “support” they could expect from a Clinton presidency. A gun the government requires to be unloaded is as useless as a Second Amendment that does not protect individuals.

The bottom line – whether you consider her “private” or “public” position – is that Hillary Clinton’s own words clearly establish that she is no friend to gun owners and dismisses the Second Amendment as any obstacle to gun control. 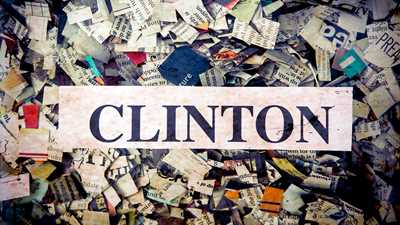