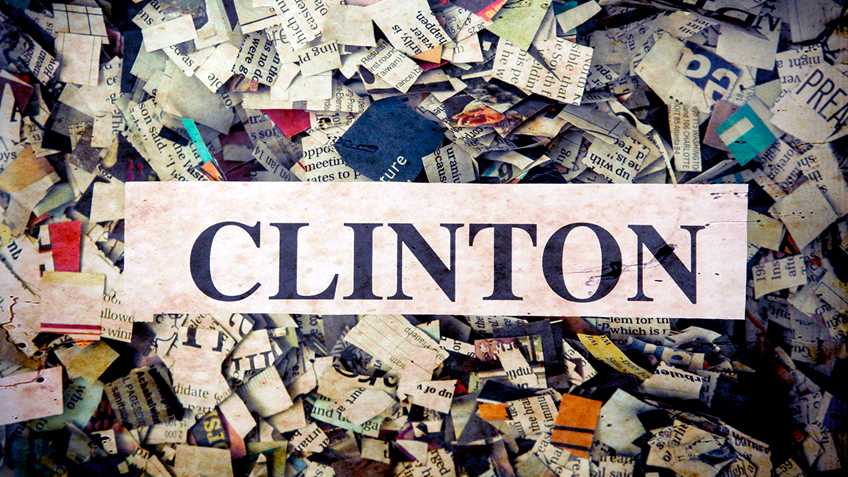 More emails from Hillary Clinton campaign staffers were made public by WikiLeaks this week, granting insight into the campaign’s deceptive attacks on your rights and the extent to which Clinton is in league with the country’s most powerful anti-gun forces. Further, the emails provide more information about Clinton’s insistence on pursuing gun control by executive order.

Medium.com purports to be “a community of readers and writers offering unique perspectives on ideas large and small.” However, there’s nothing unique about the perspective of a January 12 item purportedly authored by a gun control advocate who was the victim of domestic violence. In fact, according to leaked emails, the piece was authored by Clinton campaign consultants and planted on Medium.com by campaign staff.

On January 8, Clinton campaign chair John Podesta forwarded an email titled, “Draft medium post on guns.” The author of the original email is not clear from the WikiLeaks archive. The email states, in part:

Ron Klain wrote a riff for HRC and sent it to Teddy on guns. We thought it could make a strong Medium post from someone who could really speak to this issue (not HRC and not someone on our campaign).

Here's the draft, which I edited and can personalize depending on who we want to use as an author. A survivor of gun violence? An advocate or family member?

If we can find someone, and if folks want, we could get this posted today to Medium in someone's name (not us). Here it is, let me know your thoughts!

The email goes on to provide a draft of the commentary.

Ronald Klain is a prominent Democratic operative who served as the chief of staff to both Vice President Al Gore and Vice President Joe Biden. Most recently, Klain has consulted on the Clinton campaign.

From the email, it appears Klain developed an anti-gun commentary intended to be used by Clinton herself. However, the campaign seemed to have thought the item would carry more weight if it appeared under the name of someone outside the campaign who had a history with the issue.

The plan outlined in this email was carried out, as on January 12 a piece titled “I’m With Hillary” was posted to Medium.com with Clai Lasher listed as its author. Lasher was shot by her stepfather in 1970 and is a survivor engagement lead at Michael Bloomberg’s Everytown for Gun Safety. Just as the email suggested, portions of the piece were personalized for Lasher. The majority of Klain’s commentary was not altered.

This incident should prompt the public to question just how much of the pro-Clinton content appearing in the media has been directly orchestrated by the Clinton campaign itself.

Recently released emails also give more insight into the unsavory nature of the Clinton campaign’s attacks on Democratic rival Sen. Bernie Sanders (I-Vt.). The emails show that Clinton’s anti-Sanders messaging was tailored to the racial background of the target audience. In a February 7 email exchange between Democratic consultant Mandy Grunwald and Clinton campaign staff, potential attacks on Sanders were discussed. Specifically, the emails contemplated using the gun issue to attack Sanders’ support among African Americans. In one email, Clinton campaign manager Robby Mook wrote, “We may need to use guns tactically in the AA community--just like we'll have tactical skirmishes on crime bill, etc.”

During the Democratic primaries, Sanders called on Clinton to produce the transcripts of her paid speeches to Goldman Sachs. Clinton refused, but WikiLeaks obtained the transcripts and has made them available to the public. While much of the speeches address financial and foreign policy, during a June 4, 2013 question and answer session with Goldman Sachs CEO Lloyd Blankfein, Clinton used the forum to take a swipe at NRA.

Despite NRA being a nonpartisan organization that routinely supports candidates across the political spectrum, Clinton blamed NRA, in part, for what she perceived is an increase in partisanship that stymied her preferred agenda. In doing so, Clinton gave a ham-handed retelling of an instance where NRA pursued the best interests of our members by supporting the opponent of a Tennessee lawmaker that had obstructed the passage of important Right-to-Carry legislation. Clinton characterized NRA’s vigorous defense of the rights of the state’s gun owners as unreasonable.

With respect to selecting a running mate, the emails have a tale to tell here as well.  In Sen. Tim Kaine (D-Va.), Clinton chose a running-mate with a 20 year record of unwavering support for severe gun control. However, a March 17 email written by Podesta shows that several of the other candidates for the position were equally hostile to the Second Amendment.

Among those listed was former Attorney General Eric Holder, who called the Obama administration’s inability to convince Congress to enact new gun control measure, “my single failure.” Sen. Chris Murphy (D-Conn.), who led an anti-gun filibuster on the Senate floor in June, was also considered.

Most disturbing, Podesta’s list included the gun control movement’s primary financier, former New York City Mayor Michael Bloomberg. Worse, other emails suggest that Bloomberg could still hold a position in a potential Clinton administration. In a June 3, 2015 email, Center for American Progress President Neera Tanden asked Bloomberg adviser Howard Wolfson, “Is there something Mike Bloomberg would want to do in his life in an Admin?” Wolfson responded, “Secty of state.” Tanden then forwarded the email to Podesta, with the line, “Something to know for down the road.” The influence a potential Secretary of State Bloomberg could exert over U.S. policy pertaining to international efforts to restrict the private ownership of firearms is an obvious concern to law-abiding gun owners.

The new emails also further reveal Clinton’s resolve to illegitimately use executive authority to attack gun rights. Over the course of the 2016 presidential campaign, Clinton has shared her intent to flout federal law and the U.S. Constitution by unilaterally restricting the private transfer of firearms. More specifically, on October 5, 2015, Clinton formally proposed to restrict the private transfer of firearms at gun shows by executive action. As this journal noted last week, under current federal law the president cannot use their executive authority to curtail private transfers at gun shows, or anywhere else; as evidenced by the actions of the Obama administration.

Shortly after Clinton formally announced her proposal, the Washington Post’s Greg Sargent authored a story titled, “Obama administration has doubts that key Hillary gun proposal can work,” that severely undercut Clinton’s plan. In it, Sargent cites “current and former senior administration officials,” who noted that the Obama administration had already explored Clinton’s private transfer proposal multiple times and determined that it was unworkable in practice and subject to legal challenge.

It seems that the Obama administration’s acknowledgement of federal law, and Sargent’s reporting, didn’t sit well with the Clinton campaign. On October 7, 2015, Tanden emailed Sargent’s article to Ann O’Leary, a senior policy advisor for the Clinton campaign, along with the sentence, “What is the White House doing?” O’Leary responded, “Being really annoying,” adding, “We should all check in with our folks there about it - health care (Robert Pear article); guns; and it is going to get worse...”

While the Clinton campaign might find the Obama administration’s public recognition of the limits of their own power to restrict firearms “annoying,” many Americans are sure to find Clinton’s plans to usurp the Congress’ legislative power downright obnoxious.

As more of the Clinton staff emails are made public, vigilant gun owners are provided with a greater understanding of the wide-ranging and sophisticated attack on their rights. It is vital that all gun owners are made to understand the scale of threat we face and the deception our opponents are willing to employ to achieve their goals.

If Clinton wins, America, kiss your right to self-defense good-bye

Tennessee: Your Action Needed - Big Week Ahead for Gun Bills in the Volunteer State
These 12 Incidents of Defensive Gun Use Prove Armed Civilians Make Situations Safer
In These 11 Cases, a Firearm Saved the Owner or Others