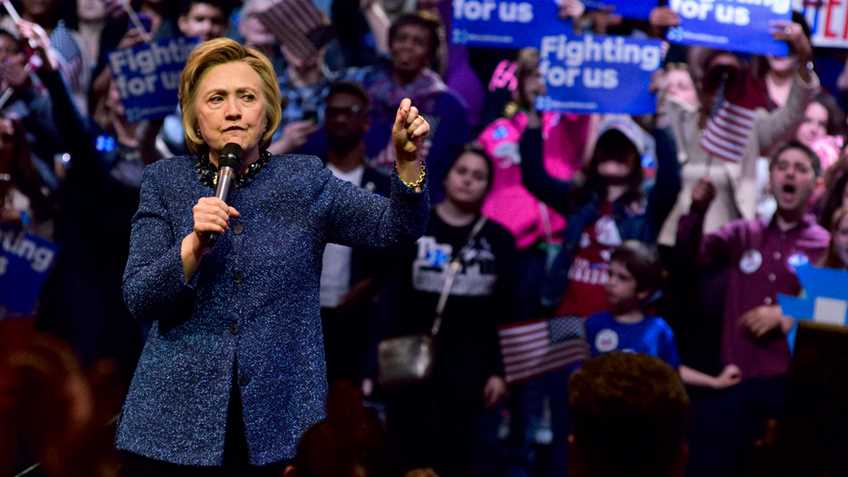 Clinton had previously said that she disagrees with the Supreme Court’s “terrible” ruling in District of Columbia v. Heller, but that she doesn’t want to “abolish” the Second Amendment. Apparently seeking to clarify Clinton’s position on the question, ABC’s George Stephanopoulos said to her, “I want to ask you a specific question. Do you believe that an individual’s right to bear arms is a constitutional right – that it’s not linked to service in a militia?”

It was a question Clinton should easily have been able to answer “yes” or “no.” After all, the Supreme Court found it easy to do so in Heller. In that case, the District had argued that an individual had a right to keep and bear arms only when performing duties in the service of a state militia. Four justices agreed. Five justices didn’t, saying instead that the amendment protects an individual right irrespective of a person’s militia status.

Clinton didn’t want to answer the question, though. With her chance at the presidency on the line, Clinton is afraid of telling the voters that she doesn’t want the Second Amendment interpreted as protecting an individual right to keep and bear arms, and that if she were elected president, her nominees to the Supreme Court would vote to overturn Heller and reinterpret the Second Amendment as protecting no individual right whatsoever.

So, Clinton said, “there was no argument until [Heller] that localities and states and the federal government had a right, as we do with every amendment, to impose reasonable regulation.” It was an evasive answer that would satisfied some TV journalists, but unfortunately for Clinton, Stephanopoulos had done his homework.

He pointed out that Heller didn’t forbid all restrictions on firearms, “but that’s not what I asked.” Stephanopoulos repeated his previous question: “Do you believe that [the court’s] conclusion that an individual’s right to bear arms is a constitutional right?”

Clinton’s response: “If it’s a constitutional right, then it, like every other constitutional right, is subject to reasonable regulations. And what people have done with that decision is to take it as far as they possibly can and reject what has been our history from the very beginning of the republic. . . .”

Stephanopoulos could have asked Clinton where the Constitution recognizes any “right” of a government to restrict rights, where anyone has tried to use the Heller decision to expand the right to arms beyond what the Framers of the Bill of Rights envisioned, and whether she would like for a future Supreme Court to overturn Heller’s ruling that the right to arms is unrelated to militia service.

On the other hand, it’s possible that Stephanopoulos realized that no further questions were required. Clinton has made her position on the Second Amendment clear.

Concealed Carry, California and the Truth About the 9th Circuit’s Ruling

The Right to Bear Arms Gets Its Day in Court
Florida Alert! It's Comical That Some Folks Don't Even Know What They Don't Know