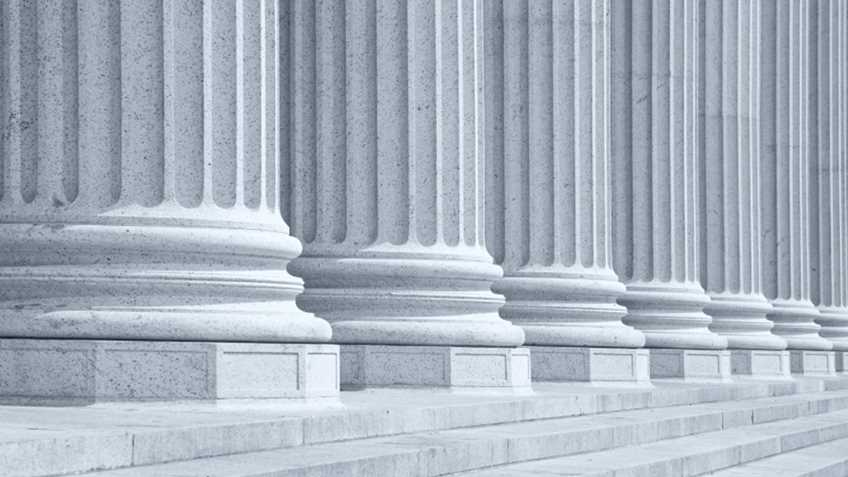 NRA-ILA’s Office of Litigation Counsel has been busy defending the Second Amendment across the country. Since the year began, ILA has filed new cases, continued the fight in many existing cases, and scored some good wins. This newsletter covers ILA’s efforts to defend your freedoms in court over the past few months. 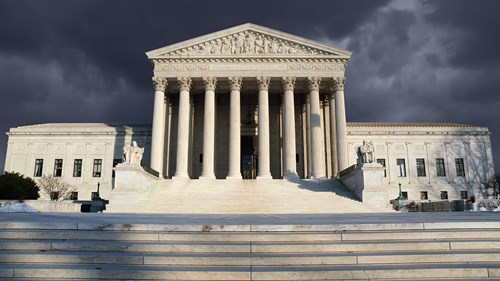 Supreme Court of the United States

ILA petitioned the Supreme Court to take two cases this term, and the Court has agreed to take one of them already. Just last week, the Supreme Court agreed to hear New York State Rifle & Pistol Association, Inc. v. Bruen. In this case, ILA is challenging New York’s requirement to demonstrate a “proper cause” to carry a firearm. This requirement is regularly used to deprive ordinary Americans in the empire state of their rights. In addition, 23 state Attorneys General, filed an amicus brief in support of the petition. It has been over a decade since the Supreme Court ruled on a Second Amendment case. It’s hard to overstate how important this case is. This case has ramifications in not only New York, but throughout the entire country.

Association of New Jersey Rifle & Pistol Clubs, Inc. v. Grewal is another ILA-backed case challenging a New Jersey statute that criminalized possession of magazines capable of holding more than ten rounds. New Jersey previously banned 15 round magazines, but that didn’t go far enough for the notoriously anti-gun lawmakers in the garden state, who arbitrarily dropped the limit to ten rounds in 2018, despite the fact that many of the most commonly owned firearms in America have standard magazines larger than that. Last week, ILA asked the Supreme Court to hear the case and strike down this statute under the Second Amendment. This case is critical in addressing not only New Jersey’s egregious statute on magazine capacity, but a number of other states that have similar laws.

While ILA remains hopeful that the Supreme Court will also take Association of New Jersey Rifle & Pistol Clubs, Inc. v. Grewal, the decision to take New York State Rifle & Pistol Association, Inc. v. Bruen is huge for NRA members and gun owners everywhere. This decision will allow the Court to clarify the precedent has created surrounding the Second Amendment and curtail the efforts of those who would infringe upon it. 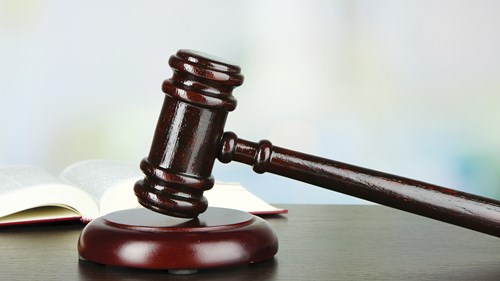 In addition to the Supreme Court, ILA is actively engaged in several other federal lawsuits across the country. An ILA-backed case in Maryland called Maryland Shall Issue v. Hogan challenges the state’s “Handgun Qualification License” requirement and asks the court to find it unconstitutional. This license requires Maryland residents who wish to legally purchase a handgun to first fill out an application, obtain a copy of their fingerprints from a third party, attend a lengthy classroom instruction, pass a live-fire exercise, pay an additional $50 application fee, then wait up to 30 days for the state to process their application. All of these requirements are on top of additional fees, two other background checks, and waiting times imposed when they go to purchase a handgun. This law—according to Maryland’s own expert—was created to “intimidate” law-abiding citizens and prevent them from exercising their Second Amendment rights.

In New Jersey, ILA filed suit challenging New Jersey’s “justifiable need” requirement to obtain a concealed-carry permit. This requires law-abiding citizens who wish to exercise their Second Amendment right outside of their homes to prove that they have an “urgent necessity for self-protection” and that a “generalized fear … for personal safety” is not sufficient. This approach of determining who can exercise their rights is blatantly unconstitutional, and ILA is dedicated to ensuring that all Americans can defend themselves and their family, even outside of their home. The case was filed in December, and ILA filed a motion for summary judgment in April.

In 2017, an ILA-backed suit was filed against California, challenging its ban on magazines capable of holding more than ten rounds. We initially won a favorable decision at the district court, then again at the Ninth Circuit when California appealed. Then, in another attempt to uphold this unconstitutional law, California filed a petition for an en banc hearing, which is a hearing before 11 judges as opposed to the three-judge panel in a typical appeal. ILA is continuing to fight this case. In addition to these cases, ILA is challenging California’s draconian ammunition restrictions in Rhode v. Becerra, and Washington’s ban on 18-20 year-olds from purchasing semiautomatic rifles and pistols in Mitchell v. Atkins.

ILA has recently secured a number of victories in preemption cases around the country. In Colorado, a judge ruled that the City of Boulder’s ban of “assault weapons” and magazines capable of holding more than ten rounds was preempted by state law and struck them down. While this decision only currently applies to Boulder, it can be applied to any other city in Colorado that tries to enact similar restrictions in the future.

In Florida, a provision that imposed personal liability on any elected official that violated the state’s preemption statute was recently upheld. ILA filed an amicus brief in support of the state on this critical case. This decision will give pause to any local elected officials who attempt to impose burdens on the Second Amendment in Florida.

In Washington, the Washington Court of Appeals recently sided with ILA and struck two firearm-storage ordinances that violated the state’s preemption law. These ordinances imposed by the City of Edmonds required gun owners to keep their firearms locked at all times within the home and imposed liability on them if their firearms were ever accessed by a prohibited person. In addition to Edmond’s burdensome restrictions, ILA is also successfully challenging the City of Seattle’s nearly identical storage laws in Alim v. Seattle.

And in Illinois, the Illinois Supreme Court has decided to hear an ILA backed challenge to the City of Deerfield’s “assault weapon” ban under the state’s preemption statute. When Illinois adopted their preemption statute, they gave localities a limited window in which they could pass gun-control ordinances. Deerfield failed to pass the challenged ordinance in that time period. While the court of appeals sided with Deerfield, ILA is greatly encouraged that the Illinois Supreme Court decided to hear the challenge, as it is commonly believed that they would not have taken the case if they were only going to affirm the decisions of the lower courts.

ILA has also challenged several laws under state constitutional rights to keep in bear arms. In January, ILA filed suit against Fairfax County, VA, for banning firearms in its 23,584 acres of parks and 334 miles of trails. It also sued the county for banning firearms in several vaguely defined areas, like events that are required to have a permit to be held but do not, adequately inform gun owners of where they can or cannot carry. The case is in the early stages of discovery.

The Illinois Supreme Court also agreed to hear an ILA-backed case challenging Cook County, IL’s, firearms and ammunition tax. The county imposed a $25 tax on the sale of every firearm, and a $.05 and $.01 tax on each round of center and rimfire ammunition sold. Just as the First Amendment does not tolerate a special tax on newspapers for the ink they use, the right to keep and bear arms does not tolerate singling out and penalizing constitutionally protected conduct.

Several states waste no opportunities to restrict gun rights, and COVID was no exception. When COVID first appeared over a year ago, states began closing gun shops and shooting ranges as non-essential businesses. With a coalition of other gun-rights groups, ILA challenged these closures in California, New York, and New Mexico. ILA got an early win in New Mexico, but had to take the fight against New York and California up to appellate courts.

In California alone, ILA has had to challenge Los Angeles, Alameda, Santa Clara, Contra Costa, and San Mateo Counties because of these closures. While most of these counties as well as the state of New York have lifted these restrictions, ILA is continuing these suits to prevent them from reinstating these closures at a later date. A recent string of cases challenging limitations on religious services from the Supreme Court gave us an even stronger position to strike down these regulations. 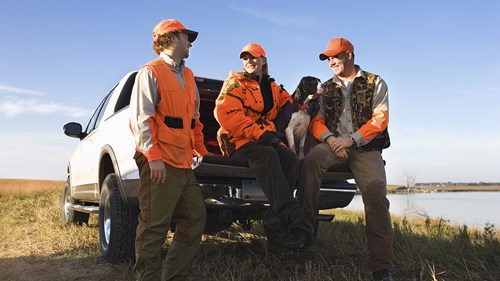 ILA continued to fight for members rights to hunt.  In April, a federal judge in Arizona sided with ILA and Safari Club International in a decision that held that hunters can use traditional ammunition when hunting in National Forests. This case has huge implications, as a loss here would have given the federal government the ability to regulate ammunition commonly used by hunters on over 640 million acres of federal land (about twenty-eight percent of the country).

Again joining with Safari Club International, ILA has filed suit to intervene in three cases challenging the U.S. Fish and Wildlife Service’s decision to delist gray wolves in the lower-48 states. The Plaintiffs want to throw out the U.S. Fish and Wildlife Service’s decision that returned management of the wolves to the states. In addition to allowing states to authorize wolf hunts, this decision to return management of gray wolves to the states will allow them to better manage not only gray wolves, but every other species as well.

ILA is dedicated to defending the Second Amendment wherever it is threatened. Please stay tuned to nraila.org for future updates on these cases as well as many others.