Democratic Debate "Race to the Bottom" on anti-gun posturing 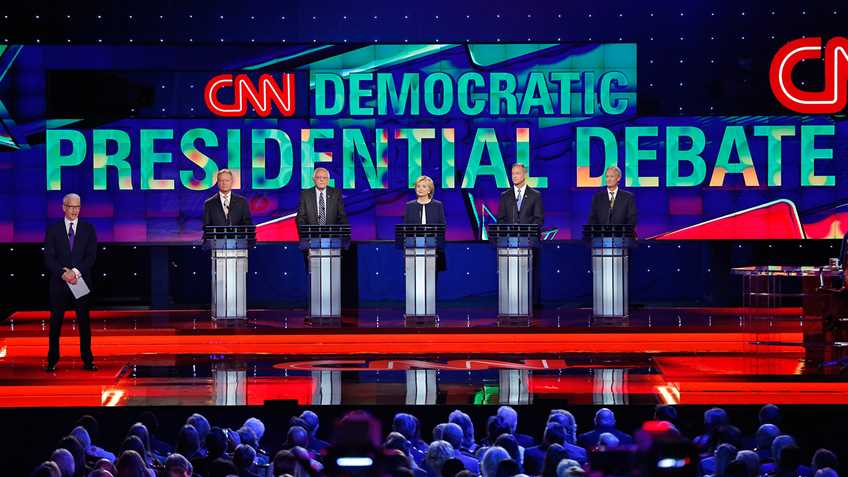 On Tuesday, during the first Democratic Party presidential debate, former First Lady, U.S. senator and Secretary of State Hillary Clinton and former Maryland governor Martin O’Malley attacked the NRA by name and called for a renewed push for national gun control. “It’s time the entire country stood up against the NRA,” Clinton said, to wild cheers from the adoring audience on hand.

When CNN moderator Anderson Cooper asked the candidates to name the “enemy you are most proud of,” Clinton named the NRA and several unrelated groups, while O’Malley named the NRA alone.

Fellow candidate, Sen. Bernie Sanders of Vermont, bragged that he had a D-minus rating from the NRA and that he had supported banning “assault weapons” early in his congressional career. However, Clinton said that wasn’t enough. She criticized Sanders for voting against the Brady bill (originally a bill to impose a waiting period on handgun purchases from dealers) and for voting for the NRA-backed Protection of Lawful Commerce in Arms Act (PLCAA), which protects law-abiding firearm manufacturers and dealers against harassment lawsuits designed to drive them out of business.

Sanders explained his vote for the PLCAA, saying that he didn’t think that a law-abiding firearm dealer should be held responsible for the unpredictable acts of a deranged person, and making clear that the law doesn’t apply to the exceedingly small percentage of firearm dealers who knowingly break the law. Nevertheless, Clinton incorrectly suggested that Sanders had voted to grant immunity to dealers who knowingly provide guns to criminals. Sensing an opportunity to appeal to the anti-gun audience, O’Malley jumped in, suggesting that Sanders lacked “principle” and was guilty of “pandering” to the NRA, because of his vote on the PLCAA.

O’Malley’s agitated statements on guns during the debate follow his announcement, in September, of his gun control plan, including "universal" background checks, gun owner licensing, mandatory training, national gun registration and mandatory storage requirements for all firearms in the home.

Not to be outdone, Clinton announced her own gun control plan last week, promising that if she’s elected, she’ll ban some guns and impose other restrictive gun control laws, in some cases without Congress’ approval. Clinton’s plan would prohibit Americans from selling a “significant” number of privately owned guns without a license, prevent gun purchases by indefinitely delaying purchasers’ background checks, repeal the federal law that prevents gun control supporters from pursuing groundless lawsuits designed to stop gun sales by driving firearm manufacturers and dealers out of business, ban all semi-automatic shotguns and detachable-magazine semi-automatic rifles (and some other categories of guns), ban the possession of firearms by people in troubled dating relationships without due process of law, and empower the Bureau of Alcohol, Tobacco, Firearms and Explosives to revoke the licenses of dealers for unintentional recordkeeping errors.

Clinton’s announcement followed her statement equating gun control opponents with terrorists, her statement that the NRA has a “pernicious, corrupting influence,” and her statement to the effect that the Second Amendment doesn’t protect an individual right to keep and bear arms. Last week, Clinton took her rhetorical attack to another level, comparing the NRA to “the Iranians or the communists.” 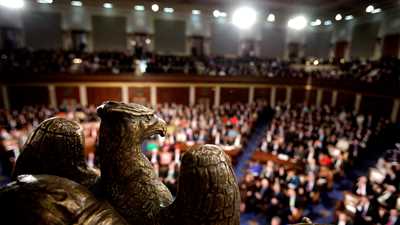