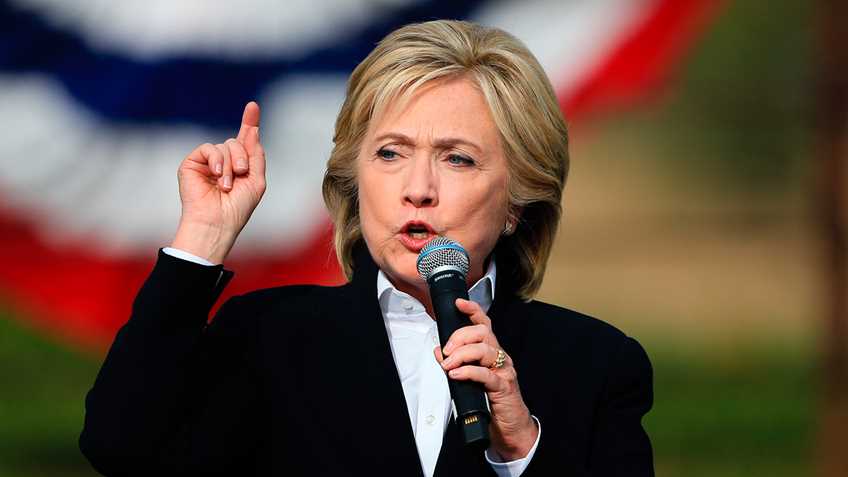 A recent CNN/ORC International Poll found that 57-percent of Americans do not find Hillary Clinton “honest or trustworthy.” If there are figures in American public life with a stronger disregard for the rights of the American people, they have yet to come to our attention.

Obviously, Clinton is referring to the U.S. Supreme Court’s landmark decisions in District of Columbia v. Heller and McDonald v. Chicago. The central conclusion in Heller was that the Second Amendment protects an individual right to keep and bear arms for self-defense. The McDonald decision made clear that this right is fundamental and applies to all Americans.

When Clinton said, “the Supreme Court is wrong on the Second Amendment,” she was making clear her opposition to our individual right to keep and bear arms for self-defense; to her, governments at every level can strip us of this right without restriction.

A Quinnipiac University poll conducted shortly after the Heller decision, in July 2008, mirrored these results. This poll asked respondents, “Would you support or oppose amending the United States Constitution to ban individual gun ownership?” 78-percent opposed such a measure, while only 17-percent were found to be in favor.

A professional politician like Clinton is almost certainly aware of the public’s views on this matter, which is likely the reason she’s gone to great lengths to hide her most extreme positions on the subject. To be sure, Clinton has publicly advocated for all manner of gun control; including gun owner licensing, taxation, and bans on popular firearms. However, with Clinton’s latest comments, the discussion has moved degrees of legally permissible controls. Clinton has made clear that she does not recognize that the Second Amendment protects your individual right to have a firearm at all.

During her previous run for president, at the April 16, 2008 Democratic debate held in Philadelphia, Clinton made sure to feign some respect for the Second Amendment. Clinton stated, “I respect the Second Amendment. I respect the rights of lawful gun owners to own guns, to use their guns,” adding, “we will strike the right balance to protect the constitutional right…” When later asked whether she supported D.C.’s total ban on handguns, she staked out a similar position, noting, “What I support is sensible regulation that is consistent with the constitutional right to own and bear arms.” Moreover, Clinton’s 2008 campaign broke new ground in hypocrisy when they attempted to paint her opponent, Barack Obama, as the more radical anti-gun candidate. A Clinton campaign mailer criticized Obama for telling people “he was for the 2nd Amendment, in order to get votes.” Sounds familiar.

More recently, at an August appearance in Iowa, Clinton called to “balance the legitimate Second Amendment rights with preventive measures and control measures.” Of course, there can no balancing of a right with an individual that does not even recognize that right’s existence.

The importance of Clinton’s extreme views cannot be overstated.  The next president could be responsible for nominating one or more justices to the U.S. Supreme Court. In addition to the dissents issued in the Heller and McDonald decisions, we know that not all of the current justices view the correct interpretation of the Second Amendment as a matter of settled law. According to an item published in the Wall Street Journal, Associate Justice Ruth Bader Ginsburg has noted that a “future, wiser Court” could overturn Heller. If Clinton were president, there can be little doubt that she would choose to nominate those who share her false interpretation of the Second Amendment.

America deserves a president that holds a genuine respect for the individual right to keep and bear arms protected by the Second Amendment. It is never too early to learn how to help make this a reality. To find out what you, your family, and your friends can do to help, please visit https://www.nraila.org/take-action/, or call 1-800-392- VOTE (8683).