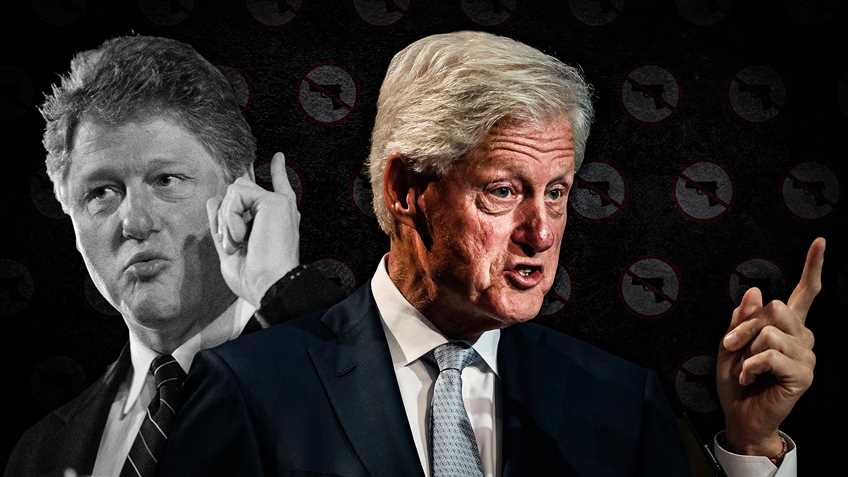 Bill and Hillary Clinton just don’t draw like they used to. Shunned by much of his own party, (described by one Vanity Fair commentator as “2020’s bubonic plague”) the former president has been relegated to providing lazy commentary on the issues of the day. Such was the case this week when the would-be first gentleman penned an op-ed touting one of his presidential administration’s abject policy failures, the so-called “assault weapons” ban.

Enacted in 1994 as part of the Violent Crime Control and Law Enforcement Act, the Clinton semi-auto ban prohibited several models of semi-automatic firearms by name and prohibited other commonly-owned semi-automatic firearms based on certain cosmetic characteristics. The measure also banned standard capacity magazines that could hold more than 10 rounds. The legislation contained a 10-year sunset provision and required the Department of Justice to study the efficacy of the ban. The ban was not renewed in 2004.

The ban was allowed to lapse because in infringed on the constitutional right of law-abiding Americans, and, more simply, it didn’t work. The primary focus of the ban was the prohibition on certain configurations of semi-automatic rifles. Rifles of any description are rarely used in crime. FBI Uniform Crime Reporting data shows that in 2017 there were nearly four times as many individuals listed as killed with “knives or cutting instruments,” than with any type of rifle. Rifles were also listed as being used in less homicides than “blunt objects (clubs, hammers, etc.)” or “personal weapons (hands, fists, feet, etc.).

A pair of DOJ studies on the ban found the ban ineffective precisely because the banned firearms were rarely used in crime. A 1997 DOJ study explained that “At best, the assault weapons ban can have only a limited effect on total gun murders, because the banned weapons and magazines were never involved in more than a modest fraction of all gun murders.” A 2004 DOJ study reiterated this point, noting “AWs [assault weapons] and LCMs [large capacity magazines] were used in only a minority of gun crimes prior to the 1994 federal ban” and that “relatively few attacks involve more than 10 shots fired.” The study went on to determine, “the ban’s effects on gun violence are likely to be small at best and perhaps too small for reliable measurement.”

In his commentary, a strident Clinton proclaimed that his gun ban ameliorated mass shootings. Regarding such shootings, the 1997 DOJ study explained,

We were unable to detect any reduction to date in two types of gun murders that are thought to be closely associated with assault weapons, those with multiple victims in a single incident and those producing multiple bullet wounds per victim.

The 2004 DOJ study found, “it is not clear how often the outcomes of gun attacks depend on the ability to fire more than 10 shots (the current limit on magazine capacity) without reloading.”

In promoting further gun controls, Clinton pointed to a wide-ranging 2018 RAND Corporation study of the firearms issue. The former president must not have bothered to read what RAND had to say about so-called “assault weapons” bans. After surveying the available research on the topic, RAND researchers noted, “We found no qualifying studies showing that bans on the sale of assault weapons and high-capacity magazines decreased any of the eight outcomes we investigated” The outcomes the researchers investigated included “violent crime” and “mass shootings.”

The gun lobby often invokes the Democratic losses in the 1994 midterm elections after passing the assault-weapons ban and the Brady background-check bill to try to scare lawmakers of both parties into maintaining the status quo.

Clinton went on to assure lawmakers that “it’s a different world now.”

First, it is not just gun rights supporters that point to the 1994 midterm elections. Clinton himself has repeatedly acknowledged the devastating toll pro-gun activism and the Clinton gun ban exacted on Democratic incumbents.

Recalling the 1994 election in his autobiography “My Life,” Clinton explained,

On November 8, we got the living daylights beat out of us, losing eight Senate races and fifty-four House seats, the largest defeat for our party since 1946....The NRA had a great night. They beat both Speaker Tom Foley and Jack Brooks, two of the ablest members of Congress, who had warned me this would happen. Foley was the first Speaker to be defeated in more than a century. Jack Brooks had supported the NRA for years and had led the fight against the assault weapons ban in the House, but as chairman of the Judiciary Committee he had voted for the overall crime bill even after the ban was put into it. The NRA was an unforgiving master: one strike and you`re out. The gun lobby claimed to have defeated nineteen of the twenty-four members on its hit list. They did at least that much damage....

Hillary Clinton reiterated this point in her 2017 book, “What Happened.” Hillary wrote,

In the 1990s, my husband fought hard to pass both a ten-year ban on assault weapons and the Brady Bill, which, for the first time, required background checks on many gun purchases at federally licensed firearms dealers… The NRA funded an intense backlash to the new safety measures and helped defeat a lot of Democratic members of Congress in the disastrous 1994 midterm elections. Then, in 2000, the NRA helped beat Al Gore.

Second, Clinton is correct that it is “a different world now,” just not in the way he thinks. Banning commonly-owned semi-automatic firearms has become less popular over the last 25 years. A March 1993 Gallup poll found that 66 percent of respondents supported an “assault gun” ban. When asked in a October 2018 Gallup poll about an “assault rifle” ban, 57 percent of respondents opposed the measure and only 40 percent supported it.

Aside from a general recognition of the failure of the Clinton’s ban, it is easy to see why public opinion has shifted on this issue. There are now well over 16 million commonly-owned semi-automatic rifles possessed by Americans. Since the end of the Clinton gun ban, the AR-15 has become the most popular rifle in the country. Further, Americans now own hundreds of millions of magazines with a capacity greater than 10 rounds. As ignorance about these firearms and magazines has receded, so too has the unfounded prejudice against them.

For a whole host of reasons, much of the Democratic Party has chosen to move on from Bill Clinton. The party would be wise to move past his stale and ineffective gun policies as well.

Tell Your U.S. Senators and Representative to Oppose Gun Control 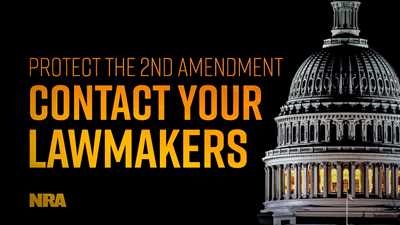