California: Legislation Requiring Background Checks on Barrels and Other Parts Up For Hearing! 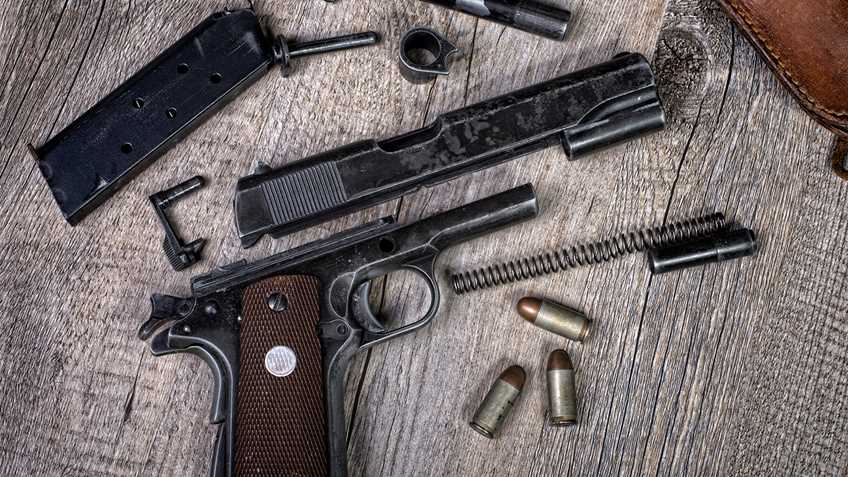 On Monday, April 23, the Senate Public Employment and Retirement Committee is scheduled to hear SJR 24 at 2 p.m. or upon adjournment of Session in the Rose Ann Vuich Hearing Room (2040).  Please use the TAKE ACTION button above to contact the Committee and urge them to OPPOSE SJR 24.

Senate Joint Resolution 24, sponsored by Senator Hannah-Beth Jackson (D-19), would urge the Congress of the United States to reauthorize and strengthen the federal "assault weapons" ban and would urge Congress to pass, and the President to sign, the federal Assault Weapons Ban of 2018. It would additionally call on the California Public Employee’ Retirement System (CalPERS) to engage with companies that produce or sell firearms and determine a method for those companies to withdraw from the sale or production of firearms, or produce a plan for CalPERS to divest its holdings from those companies. The reauthorization of an “assault weapons” ban would burden the self-defense rights of law-abiding Americans without meaningfully addressing the problems it’s purportedly designed to address, it would not impact overall gun death rates, and there is no evidence it would prevent mass shootings.

On Tuesday, April 24, the Assembly Public Safety Committee is scheduled to hear several firearm related bills and reconsider several measures heard earlier this session at 9am in State Capitol room 126.  Please use the TAKE ACTION button above to contact the Committee and urge them to SUPPORT AB 1931, AB 2733 and OPPOSE AB 3282 and AB 2888.

Assembly Bill 1931, sponsored by Assembly Member Vince Fong (R-34), would allow for concealed carry permits to be valid for a period up to five years. Currently, concealed carry permits are generally valid for a period of two years. This bill is a win-win for both permittees and the issuing authority. By having the option to extend the duration of permits, permittees could see a savings in both time and money by lessening the frequency of renewal as well as the issuing authority could see some relief from the heavy administrative load processing renewals can create. Regardless of the duration of a permit, the issuing authority constantly monitors active permits to determine if revocation or suspension is necessary.

Assembly Bill 2733, sponsored by Assembly Member Matthew Harper (R-74), would remove the microstamping requirement for new pistols to be eligible for certification to the handgun roster. Microstamping technology has been required for all new pistols since the technology was certified in 2013. Since that time no new pistols have been added to the roster, effectively working as a ban, prohibiting Californian’s from access to the latest and most reliable technology.

Assembly Bill 2888, sponsored by Assembly Member Phillip Ting (D-19), would expand the list of those eligible to file gun violence restraining orders (GVRO) beyond the currently authorized reporters which include immediate family and law enforcement.  The new list is expanded to employers, coworkers and employees of a secondary or postsecondary school that the person has attended in the last 6 months. GVRO’s can remove a person’s right without due process and not because of a criminal conviction or mental adjudication but based on third party allegations.

On Wednesday, April 25, the Assembly Appropriations Committee is scheduled to hear AB 2670.  Please use the TAKE ACTION button above to contact the Committee and urge them to SUPPORT AB 2670.

Assembly Bill 2670, sponsored by Assembly Member Kevin Kiley (R-6), would require, rather than authorize, the director to establish 2 free hunting days per year one in the fall and one in the spring, no later than July 1, 2019.

AB 2103 and AB 2151 are still eligible for a vote on the Assembly floor at any time.  Please use the TAKE ACTION button above to contact your Assembly Member urging him/her to OPPOSE AB 2103and SUPPORT AB 2151.

Florida Alert! It’s Time to Name The Betrayers Who Voted For Gun Control