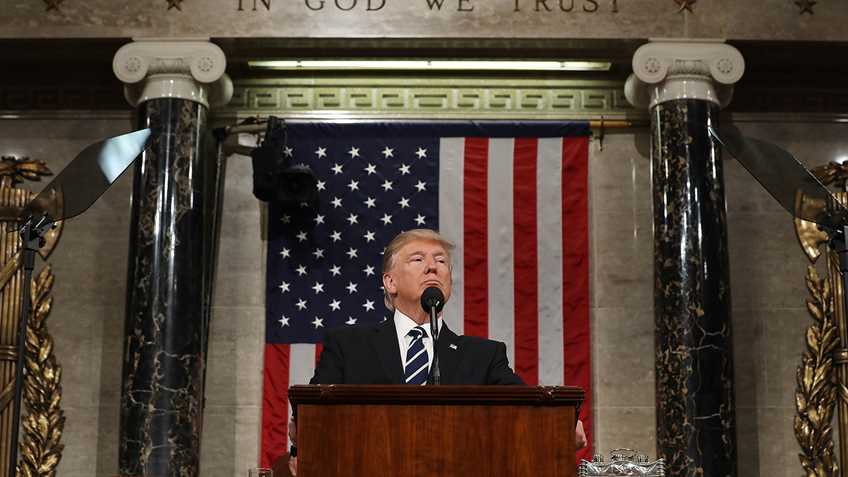 On Tuesday, President Donald J. Trump signed the repeal of an Obama-era Social Security Administration (SSA) rule that would have resulted in some 75,000 law-abiding beneficiaries losing their Second Amendment rights each year.

The SSA rulemaking was issued in the waning weeks of Obama’s presidency and targeted those receiving disability insurance or Supplementary Security Income based on SSA’s listed mental disorders and who were appointed a “representative payee” to help them manage their benefits. The agency –for the first time in its history– sought to portray these individuals as “mental defectives” who were prohibited from acquiring or possessing firearms under federal law. It had planned to notify them of their prohibited status and to report them to NICS.

Making matters worse, the beneficiaries would have had no ability to argue about their suitability to possess firearms before their rights were lost. Instead, they would have been reduced to filing a petition for “restoration” of their rights, an expensive and bureaucratic process that would have required them to pay for a mental health evaluation and to prove they were not dangerous, a premise the government never established in the first place.

The plan drew fire not just from the NRA, but also from the ACLU and a wide range of mental health advocacy and treatment groups from across the political spectrum. Also opposing the plan was the National Council on Disability (NCD), an independent federal agency charged with advising the President, Congress, and other federal agencies regarding policies, programs, practices, and procedures that affect people with disabilities. The NCD issued a statement explaining:

Since the action was first proposed in 2013, NCD has consistently taken the position that equating the need for assistance in managing one's finances with a false presumption of incapacity in other areas of life, including possession of a firearm, unnecessarily and unreasonably deprives individuals with disabilities of a constitutional right and increases the stigma that [affects] those who may need a representative payee. The overly broad classification of “mental disorder,” includes a wide range of limitations and a shifting set of criteria relevant to whether or not one can engage in substantial gainful activity. NCD remains steadfast in our position that this classification remains irrelevant to the question of whether one can be a responsible gun owner.

The SSA received tens of thousands of comments in opposition to the rule. The NRA-ILA’s submission explained in detail how the rule was contrary to the underlying statute, to the U.S. Constitution and would function mainly to stigmatize the SSA beneficiaries and discourage others from seeking treatment and benefits to which they were entitled. It also argued that there was no empirical support for the notion that the rule would promote public safety.

The SSA, however, ignored the comments and issued the rule essentially as proposed.

It also brazenly brushed aside proffered evidence that the targeted beneficiaries were not at any increased risk for committing violence with firearms. “We are not attempting to imply a connection between mental illness and a propensity for violence, particularly gun violence,” the SSA wrote. “Rather, we are complying with our obligations under the NIAA, which require us to provide information from our records when an individual falls within one of the categories identified in 18 U.S.C. 922(g).”

Fortunately, pro-gun majorities in the U.S. House and U.S. Senate acted quickly to disapprove the rule under the Congressional Review Act, a federal statute that allows Congress to use an expedited legislative process to overrule administrative actions passed in the waning days of an outgoing administration.

The efforts to roll back this unjustified and legally unauthorized rule were predictably met with a withering barrage of negative and fake reporting from the anti-gun media, with supposed “news” outlets issuing such ludicrous headlines as “Senate, House hand guns to seriously mentally ill.” All these reports completely ignored the fact that existing restrictions on persons who had been involuntarily committed or adjudicated mentally incompetent remained fully intact. By acting to block the rule, Congress simply disapproved the Obama administration’s attempt to create a new class of prohibited persons by “reinterpreting” a federal gun control statute passed in 1968.

President Trump’s signing of the measure not only served to help repair the damage to the Second Amendment wrought by the Obama administration, it ushered in what many hope will be a new era of respect for the right to keep and bear arms. Just over a month into his presidency, Trump signed a free-standing pro-gun bill into law.

The NRA, of course, was among the earliest and staunchest supporters of Trump’s presidential bid. We thank him for his quick action on this measure and look forward to working with him and the pro-gun majorities in Congress to protect Americans’ Second Amendment rights.