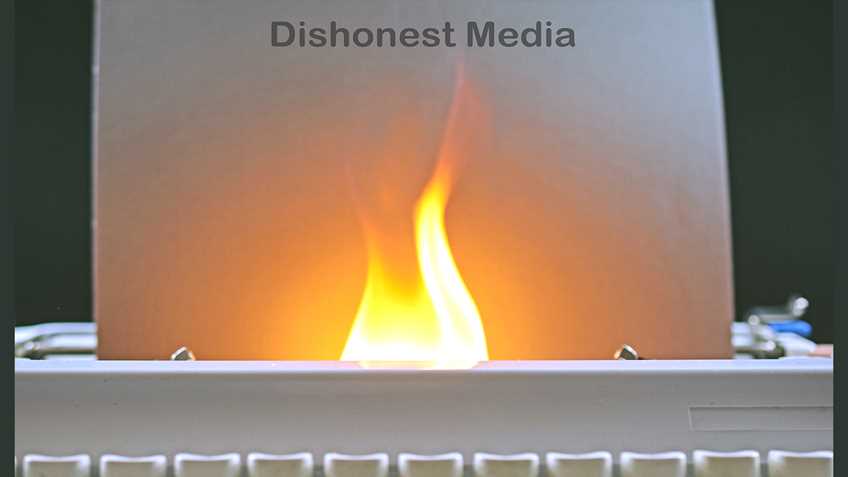 Last week, the Richmond Times-Dispatch issued an editorial titled, “Time to license guns - for journalists,” which cited an embarrassing string of journalistic blunders to illustrate the media’s dearth of firearms knowledge. The piece concluded, “The ignorance is embarrassing, but it does make the media’s support for gun control a tad more explicable: People fear what they don’t understand.” The Richmond Times-Dispatch is right to point out that ignorance plays a role in the media’s biased coverage of firearms issues. However, given the legacy media’s loathsome reporting of recent legislative efforts to block an 11th-hour Obama-era Social Security Administration (SSA) gun ban, it is difficult to consider the media’s inaccurate firearms coverage as anything but willful.

On Wednesday, the U.S. Senate passed H.J.Res.40, which would block an Obama-era rule that would ban certain Social Security beneficiaries from purchasing firearms. Specifically, the SSA rule would send the names of those who receive benefits for a mental health disability, and have had a representative payee designated to receive such benefits, to the FBI for inclusion in the National Instant Criminal Background Check System (NICS). The rule strips the Second Amendment rights of this class of individual without adequate due process and inaccurately stigmatizes those with a mental health disorder as violent. The measure to block this rule would not remove any names from the NICS, but would simply prevent SSA from adding these beneficiaries’ names to the database going forward; the legislation maintains the status quo. The U.S. House of Representatives passed this legislation on February 2, and the measure now awaits President Donald Trump’s signature.

During this legislative effort, many in the media have mischaracterized this legislation and fueled fear and misunderstanding about those with a mental health disorder. And chief among the anti-gun propagandists masquerading as a legitimate news source is the New York Times.

Last September, the Times editorial board lavished praise on their presidential candidate, Hillary Clinton, for her plan to address mental illness. In touting Clinton’s program, the Times noted, “Central to Mrs. Clinton's plan is… reducing the stigma attached to mental health treatment.”

Yet, less than six months later, the Times editorial board is doing its very best to stoke baseless prejudice and perpetuate the stigma that those with mental health disorders are violent.

In a February 16 editorial, the board ignorantly wrote of those with mental health disorders, “Allowing them to buy guns poses an inordinate and needless risk to public safety.” This is simply false. Citing actual research on the topic, Duke University Professor of Psychiatry and Behavioral Sciences Jeffrey Swanson recently pointed out that “people with mental illnesses are no more dangerous to others when they have equal access to guns.” Indulging their prejudice against those with mental health disorders is nothing new for the Times editorial board, who have relied heavily on anti-gun research that stigmatizes suicide victims as “killers.”

The Times goes on to lament,

An existing law bars gun purchases to people “adjudicated as a mental defective” or involuntarily committed to a mental institution. But enforcement of that law has been spotty, because medical records often aren’t added to the federal databases — thus prompting the Obama administration to create the Social Security rule.

The Times manages to cite the correct law, but appears ignorant of what it requires. An adjudication connotes a formal decision-making process before a judge, or a similar body, that includes an opportunity to present a defense or be heard. In other words, a procedure that provides due process. It does not include the mere opinion of a doctor, a diagnosis, or conjecture based on the contents of a medical record, or the hasty guesswork of a government bureaucrat.

In a strident perversion of the English language, the Times called the legislation to cancel the SSA rule “regressive.” This label should come as a surprise to the progressive American Civil Liberties Union, who supports cancellation of the rule. It is also likely to puzzle the American Association of People with Disabilities, the National Alliance on Mental Illness, and other disability advocates, who support H.J.Res.40 and are dedicated to progressing the rights of the disabled. In reality, it is the Times’s efforts to foster undue fear of those with mental health disorders that is decidedly regressive.

Unsurprisingly, the crosstown tabloid managed to match the Times’s prejudice, with the New York Daily News running an editorial on the topic with the headline “Gun crazy.”

Though perhaps its foremost purveyors, the New York media does not have a monopoly on bias, and similarly deceptive reporting on H.J.Res.40 could be found in a wide array of publications.

Following the actions of the House and Senate, the reporting of many outlets gave the impression that Congress had passed legislation that broadly reduced background check requirements or weakened the NICS database. A BBC piece implied that the legislation would entirely exempt those with a mental health diagnosis from NICS checks, stating, “The US House of Representatives has voted to scrap regulations that require background checks for gun buyers with mental health issues.” A deceptive Associated Press headline read, “House votes to roll back Obama rule on background checks for gun ownership.”

A Bloomberg editorial contended that in passing H.J.Res.40, the House had voted to “weaken” background checks. MSNBC personality Rachel Maddow took to Twitter to mischaracterize H.J.Res.40, telling her followers, “Senate due to vote today to make it easier for seriously mentally ill people to get guns (I swear I'm not kidding). Already passed House,” and, “It's not legislation that has, like, a loophole for the mentally ill. It's a rule **specifically for** mentally ill people to get guns.” In truth, H.J.Res.40 merely prevents SSA from improperly adding names to the NICS database; it does not remove information from the system.

In a curious piece of misinformation, the St. Louis Post-Dispatch editorial board argued that the new SSA rule didn’t implicate the rights of Social Security beneficiaries. The paper claimed the SSA rule “would not have denied guns to mentally ill citizens” and was simply an additional screening procedure.

This episode has further exposed the incredible depths of the mainstream media’s bias against gun rights and gun owners. In recent weeks, some in the media have urged others to abandon the term “fake news,” noting that it has been co-opted and used to point out media bias. Rather than police the language, were the legacy media to dedicate itself to focusing more on the news and less on the fake, this problem would solve itself. 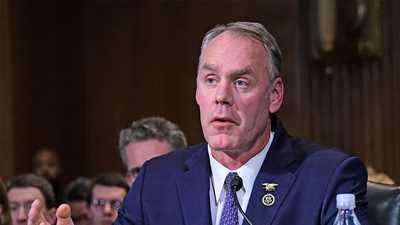