Gun Control Supporters Are Once Again Rebranding Their Efforts 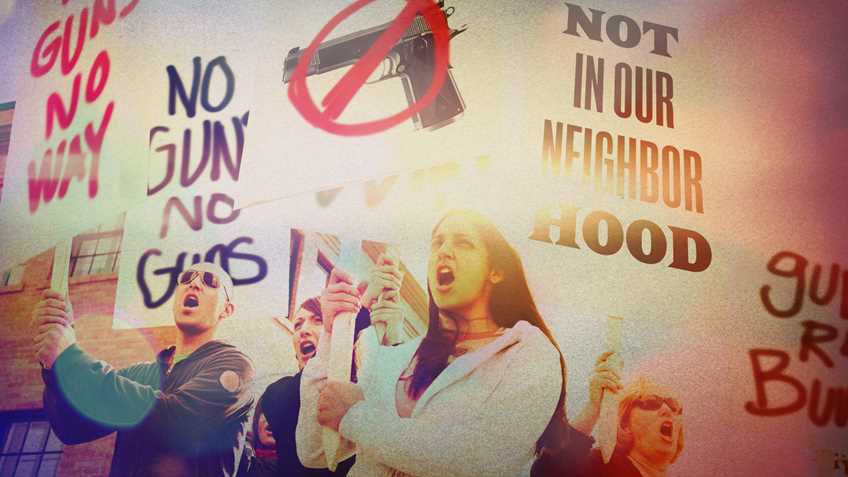 Decades of failure to strip Americans of their gun rights has forced gun control groups to continually retool their anti-freedom message in the hopes of making it more palatable to the American public. As reported by Politico this week, the latest rebranding effort comes courtesy of gun control organization Americans for Responsible Solution, founded by former Congresswoman Gabrielle Giffords and husband Mark Kelly. The group is sharing its focus-group-tested findings with Democratic strategists and other components of the institutional Left in order to soften some of their anti-gun messaging in the hopes that this will help them to better influence an unsuspecting public.

According to the report, ARS is concerned that the blatantly anti-gun language used by gun control supporters in recent years, perhaps best personified by the behavior of presumptive Democratic presidential nominee Hillary Clinton, is hurting the anti-gun cause. Specifically, the new campaign calls on gun control advocates to use more values-based arguments, and, as with past messaging efforts, implores activists to police the exact language they use in in discussing anti-gun policies. Of course, the new branding effort does not seek to change the gun control establishment’s underlying policy goals, just to guise them more effectively.

A pamphlet accompanying the new effort lays out the messaging shift. First it urges gun control backers to frame their policies in terms of “responsibility,” giving as an example of a potential talking point: “With freedom comes responsibility.” The pamphlet suggests using this line of argument to pursue restrictions on the private transfer of firearms. The document also states that anti-gun activists should emphasize that “we are a nation of laws,” and that restrictions on the private transfer of firearms further this ideal. Rather than eliciting an outpouring of support form more gun control, the “nation of laws” argument could lead some to examine the dearth of prosecutions for violations of federal gun law.

Next, the booklet urges gun controllers to push the idea that there is some “unacceptable ‘new normal’” of violence perpetrated with guns that must be addressed. Similarly, the campaign advocates appealing to the public on the basis of “the legacy we leave behind,” and that “As adults, we have a responsibility to make our country a safer place to live…” These arguments rely on the false narrative that violent crime in the U.S. is getting worse. FBI crime figures from 2014 – the last year for which final FBI data is available – revealed that violent crime was at an over 40-year low. In regards to high-profile shootings, renowned Northeastern University Professor of Criminology James Alan Fox, has made clear that “No matter how you cut it, there’s no epidemic.”

In a “Do’s and Don’ts” section, ARS provides gun control advocates with the exact language they should, or should not, use to best influence the public. Advocates are warned not to “use the phrase ‘gun control,’” or to attack NRA or the Second Amendment directly. Instead, advocates are urged to talk about reducing gun violence, and to attack the “gun lobby.”

Further, the anti-gun crowd is instructed to disguise their agenda by not talking about “stricter or new gun laws.” Instead, according to the document, they should advocate for “closing loopholes” and “responsible or commonsense gun laws.” Under no circumstances are gun control supporters to “talk about creating a national gun registry or banning or confiscating guns.” Regarding this last instruction, ARS contends that none of these measures “are policy priorities or have widespread support” among gun control organizations. That sentiment is likely to come as a surprise to gun owners in Massachusetts, New York, and California.

Later on, ARS advocates that anti-gun activists employ a brand of cynical identity politics. The pamphlet purports to offer advice on how best to employ its indoctrination techniques on African Americans, Latinos, and women.

Beyond making the results of their polling and focus-testing available to various gun controllers, ARS is conducting briefing sessions for their anti-gun allies. According to the Politico item, those briefed on this campaign include House Minority Leader Rep. Nancy Pelosi (D-Calif.), and planned briefings are set to include the Congressional LGBT, Black, and Hispanic Caucuses.

Interestingly, one briefing session reportedly included representatives from a wide range of interests, well beyond the usual anti-gun activists. The organizations in attendance included the National Abortion and Reproductive Rights Action League (NARAL) and the American Federation of State, County, and Municipal Employees (AFSCME). Other than blindly fulfilling their duties as components of the institutional Left, one might reasonably find it puzzling as to why a group primarily concerned with abortion access and a public service employees union would involve themselves in these matters.

The ARS campaign is just the latest in a string of efforts to repackage a product that Americans have repeatedly refused to buy. In 2012, gun control advocates employed the firms OMB, Greenberg Quinlan Rosner, and KNP to develop a messaging guide to help push their agenda. Titled, “Preventing Gun Violence Through Effective Messaging,” much like the recent ARS document, the consultants urged anti-gun advocates to ditch the term “gun control,” and to rely on emotional arguments rather than logic.

In 2000, Monster.com owner Andrew McKelvey founded Americans for Gun Safety. Using data from a report conducted by market research firm Penn, Schoen & Berland, McKelvey sought to temper the gun control movement’s messaging; in particular he advocated abandoning the term “gun control” for “gun safety.” As we noted at the time, McKelvey called for “a new national dialogue, shifting the gun debate from one of rights versus responsibilities to rights and responsibilities.”

If history is any guide, gun control advocates will continue to invent new, or rehash old, ways in which to conceal and market their oft-rejected agenda. While it is a testament to the strength of the gun rights community that gun control advocates are forced to pursue their goals in such underhanded fashion, gun rights supporters should familiarize themselves with these messaging efforts in order to better understand and expose the well-orchestrated schemes of those who would diminish our rights. 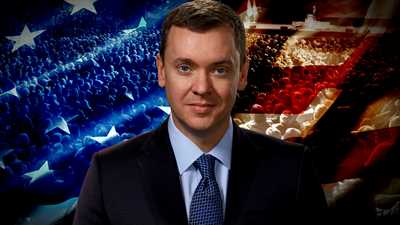