Amid the Anti-gun Hysteria of the Democrat Primary, NICS Sets Another Record

January 2020 was a record-setting month for the FBI’s NICS Office and our coverage noted that law-abiding gun owners buy firearms whenever anti-gun politicians start targeting them instead of criminals. A couple of things have happened since January: failed candidate Mike Bloomberg and others kept talking about their gun control aspirations, and law-abiding gun owners kept buying firearms and getting permits for concealed carry.

February 2020 was the third busiest month the NICS Office has ever seen. It was also the busiest February and saw more checks run than in January 2020. More than 2.8 million checks were run last month and more than 5.5 million have been run so far this year (through the end of February). February 24th to March 1st was the third busiest week for NICS firearm background checks in history. The only busier weeks were in December 2012 and December 2015.

The total number of NICS checks in February included 719,327 checks related to a handgun purchase; 400,040 checks related to the sale of a long gun; 57,887 checks for the sale of frame, receiver, or other firearm; and, 26,769 checks for multiple firearms in a single transaction. There were also 393,902 permit checks and more than a million permit re-checks. Keep in mind, there are some states that accept a valid permit in lieu of a NICS check so the actual number of firearms purchased in February could be much higher.

The Washington Examiner reports that 2020 could see the most-ever checks in a year, with more than 30 million possible if this trend continues.

Will it? Well, Joe Biden anointed Beto O’Rourke as his front man on gun confiscation on the eve of Super Tuesday last week. Remember Beto? He’s the sort-of-ran candidate who dropped out of the race on November 1st – just a couple of weeks after revealing that he did actually want to confiscate lawfully-owned firearms.

In Virginia, sales-related background checks were up more than 63% in February 2020 compared to same period in 2019. Firearm sales in Virginia have been increasing rapidly as the legislature that Mike Bloomberg bought works to inflict his will upon the good people of Virginia.

Rational people should expect law-abiding gun owners to continue to exercise their 2nd Amendment rights as the Democrat primary season continues. It could be a very busy summer for the NICS staff.

Buying a firearm is an exercise of your Second Amendment rights, but that action alone will not send a message to Biden or Sanders. The only message they’ll actually understand is a complete rejection of their policies at the ballot box. Mike Bloomberg has already pledged to spend “whatever it takes” to get Joe Biden in the White House. While that might sound like an idle boast coming from most people, keep in mind that Bloomberg has already bought the Virginia legislature.

Let’s make sure he can’t buy the White House.

Get involved this election cycle. Contact your legislators and politely ask them to stand up for Constitutional rights. Volunteer with the NRA and your local affiliate.

Most of all, make sure you and your peers vote. 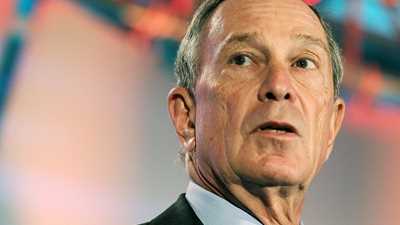