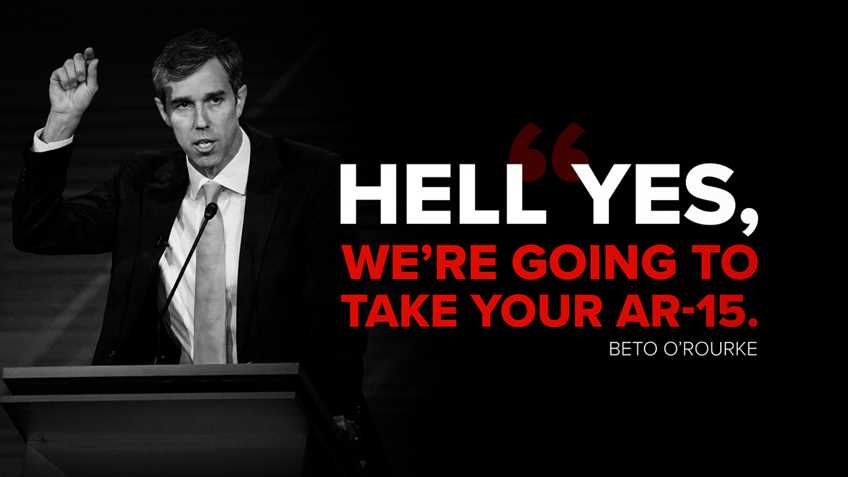 Democrat Presidential candidate Beto O’Rourke continues to struggle to gain any sort of traction for his campaign. With some polls putting him in 10th place, and his average sitting around 7th, some might say that it is desperation time for the candidate who was once a darling with the far left and the legacy media while he was running his losing campaign to unseat U.S. Senator Ted Cruz (R-Tex.).

A recent tweet from O’Rourke is just one clue that the candidate is, indeed, becoming desperate.

The former U.S. Representative from Texas called on banks and credit card companies to help promote gun control by refusing to do business with companies that produce legal products, and refusing to process legal financial transactions.

As has often been the case with Beto’s campaign, he seems to try to be provocative by rehashing old ideas.

Some banking institutions, with the urging of anti-gun extremists, have already adjusted their practices to accommodate those, like O’Rourke, who stand opposed to the Second Amendment. While this subject has been part of the anti-gun crusade for some time, it has been met with strong opposition, and others have questioned how credit card companies could stop processing certain, specific transactions without actually ceasing doing any business with companies that allow the targeted transactions, as well as others not targeted.

Beto’s most puzzling demand is that banks and credit card companies “(s)top processing transactions for gun sales online & at gun shows without background checks.” As a presidential candidate, and former U.S. Representative, O’Rourke should be aware that ALL firearm transfers through licensed gun dealers—whether they be at a brick-and-mortar store, at a gun show, or over the Internet—are required, by law, to be run through the National Instant Criminal Background Check System (NICS).

Of course, he knows this, but his tweet is intended to create confusion on the issue, as well as create the impression that he is proposing to address specific problems, even though they simply do not exist.

Rehashing an old anti-gun campaign isn’t his only sign of desperation, though.

On September 12, during the third debate of Democrat Presidential candidates, he tried to be even more provocative.

And just to prove he was serious, his campaign started selling t-shirts.

Thankfully, he didn’t go so far as one former candidate who also proposed confiscation, but also made what many considered to be a rather ominous threat.

So far, Beto has tried being folksy, posting videos of him at the dentist, getting his hair cut, flipping burgers, and changing a tire. That hasn’t been successful in getting his polling numbers out of the low single digits.

Now he’s selling profanity and trying to prove he’s the most anti-gun candidate in the field in trying to lure support from Democrats in his Quixotic quest to be President. A far cry from when he faced only the Texas electorate, and assured lawful gun owners they could keep their firearms. If these tactics don’t work, which they likely won’t, can we expect O’Rourke to dive even deeper into the anti-gun end of the pool, and start promoting the repeal of the Second Amendment? As we often say, stay tuned!

Tell Your Lawmakers: No Semi-Auto and Magazine Ban! 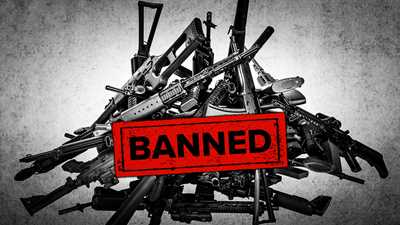