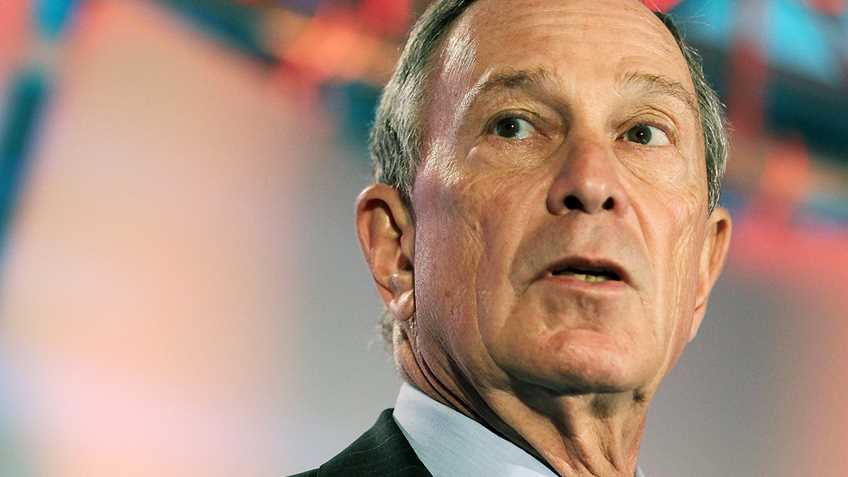 Billionaire Mike Bloomberg may have dropped out of the presidential race, but it wasn’t before he took himself and the Fox News viewing audience on a wild spin aboard the Malarkey Express.

Appearing at a March 2 Fox News town hall meeting in Manassas, Virginia, Bloomberg took questions from the voters in the audience. The questions included one from Clarke Chitty of Bristow, Virginia, who asked the candidate: “How do you justify pushing for more gun control when you have an armed security detail that is likely equipped with the same firearms and magazines you seek to ban the common citizen from owning? Does your life matter more than mine or my family’s or these people’s?”

Bloomberg’s answer was, essentially, “Yes, it does; I am a VIP and my personal safety is also especially important.” His actual words were:

I probably get 40 or 50 threats every week, okay, and some of them are real. That just happens when you’re the mayor of New York City or you’re very wealthy and, and if you’re campaigning for president of the United States. You get lots of threats. I have a security detail, I pay for it all myself, and um, they’re all retired police officers who are very well trained in firearms.

(at 13:11 of the part 2 video, here.) The implication was that those of us who are neither very wealthy nor a political celebrity can’t possibly justify the risk that firearms supposedly pose to the public merely to protect our pathetic, meaningless lives. You have to be important for that and to be able to pay competent people to handle it for you.

Bloomberg then digressed into his policies on gun control. Just about everything after his acknowledgement that the “Second Amendment gives you the right to bear arms” was a startling departure from the truth, made all the more astonishing by being packed into a monologue barely two minutes long.

“The only restrictions which I am in favor of is to prevent us from selling guns to people with psychiatric problems, criminals, or people that are minors” (at 13:54).  Bloomberg’s own campaign materials detailing his gun control objectives run to six pages of small print. These additional proposals include requiring every gun buyer to get a government permit before making a purchase and requiring all gun buyers to wait at least 48 hours before any firearm purchase, expanding so-called “red flag” laws, implementing a ban on “assault weapons” and “high-capacity” magazines, passing a federal law requiring that firearms be locked up when not in use, repealing the Protection of Lawful Commerce in Arms Act (PLCAA), a law making all schools, colleges, and universities “gun free” zones, and much more.

Federal law, 18 U.S.C. §922(g) and (n), lists the kinds of persons who are prohibited from purchasing or receiving a firearm or ammunition. While the list does include anyone under indictment for, or who has been convicted of, a crime punishable by imprisonment for a term exceeding one year, and anyone “adjudicated as a mental defective or [who] has been committed to any mental institution” (as those terns are defined), the federal disqualification also applies to a person who is an “unlawful user of or addicted to any controlled substance,” an alien illegally or unlawfully in the United States, anyone who has renounced their U.S. citizenship, a person convicted of domestic abuse or who is subject to a qualifying protective order, and others.

(Another part of that federal law, 18 U.S.C. § 922(b)(1), (c)(1), prohibits a federally licensed gun dealer from selling or delivering a firearm to anyone under the age of 18, or under the age of 21 in the case of a handgun.) The federal background check system incorporates all of these prohibitions, and not just the three he mentions.

“The law does not apply to guns, guns sold over the internet or in guns shows. Why? Because those two things came after the law that applies to gun stores was passed” (at 14.28). There is no “gun show loophole” or “internet loophole.” Once the federal law requires a firearms dealer to initiate a background check, the law applies regardless of whether the sale occurs in a brick and mortar store, at a gun show, or was initiated via the dealer’s website.

“And what I’ve tried to do is to just get every state – because the federal government doesn’t seem to want to do it – to just check before they sell anybody a gun to make sure they are not in one of those categories…” (at 14:41). The federal background check law applies in every state and jurisdiction; it isn’t a question of a state choosing to opt in. If the person is prohibited from purchasing or receiving a firearm under any one of the categories in the federal law, the person will be prohibited in each state from Alabama to Wyoming.

And, as is the case with his initial claim, Bloomberg is being less than forthcoming about his existing gun control efforts and agenda. Everytown, the anti-gun organization he founded and continues to fund, has called for bans and age restrictions on semiautomatic sporting guns and standard-capacity magazines, opposed constitutional carry laws and concealed carry reciprocity, and supported other restrictions and prohibitions on America’s law-abiding gun owners.

“And when you poll NRA members, that 85 to 90 percent of them think that background checks – you say no, I’m just telling you that, that we’ve done the study a number of times – 80 to 90 percent think you should have these restrictions” (at 14:57). The NRA does not sell or make its membership lists available to outside entities, so Bloomberg’s “study” had to be conducted using some less reliable methodology. A Pew Research Center study in 2017 found that self-identifying “NRA members” participating in its poll significantly “overreported” NRA membership. Extrapolating from the percentage who answered “yes” to the membership question, there should be “more than 14 million Americans [who] consider themselves NRA members,” compared to the real NRA membership of approximately 5 million. (That study, incidentally, showed that support for background checks by “NRA members” and non-members alike was significantly short of the 85-90 percent level.)

Bloomberg’s elitist, hypocritical tendencies weren’t limited to gun ownership during his campaign. In the third part of the debate, moderator Martha MacCallum challenged his credentials as a climate change activist, given his travels by private jet. “I think the answer is that I spend an awful lot of time flying around the country, flying around the world working on climate change,” said Bloomberg, “and I probably couldn’t do it without an airplane. And I, just, the security you’d have to have. I go on a commercial jet, the airlines just don’t want to take you because there’s just too much, too many risks. I’m just too controversial.” (Starting at 0:44 of part 3, here.)

In the end, Democrat voters didn’t like Mike. They saw what the gun rights community has known for years – that the billionaire candidate was a dissembling, out-of-touch elitist and hypocrite, and that his “grassroots” support was mostly greenbacks. As Bloomberg and his presidential aspirations fly off into the sunset, we can only hope that the rest of America was paying attention.

IN THIS ARTICLE
Bloomberg
TRENDING NOW