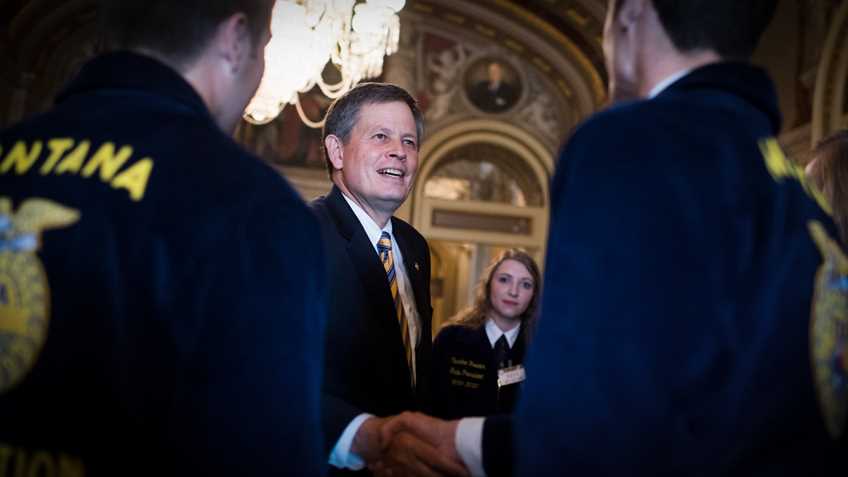 Sen. Steve Daines (R-MT) introduced a bill late last year that would reestablish the rule of law for people traveling with firearms in the New York City Metropolitan area.

Traveling with a lawfully-owned pistol can get you arrested at airports in New York and New Jersey. This happens so often that local “gun lawyers” advertise their services on the Internet for unwary out-of-towners who end up in handcuffs for the “crime” of trying to check bags with legally stowed handguns. A local newspaper recently reported that “483 people … have been arrested for possessing a firearm at JFK and LaGuardia airports since 2014,” with 67 such arrests happening in 2019.

These cases, as frequent as they are, rarely make the news. As the New York Times reported, “With the exception of high-profile defendants, most of those arrested remain anonymous after they make a plea deal, as they often do, and their records are sealed.”

In 2017, John Stossel interviewed a number of people caught up in this dragnet, including one woman who emphasized the paralyzing effect it had on her life. "I could barely function," she said in response to her felony arrest and the threat of years in prison. "I had to get on, like, anxiety medicine. I was throwing up every day."

Legislation was passed all the way back in 1986 to protect travelers who followed simple federal procedures for transporting guns. Under the Firearm Owners Protection Act (FOPA), travelers who can lawfully possess a firearm under federal law can transport that firearm for lawful purposes – unloaded and not readily accessible – between places where it may be legally possessed and carried. The law is explicitly meant to supersede “any other provision of any law” of any “State or any political subdivision” along the route of travel.

In most places throughout America, FOPA has worked exactly as written and intended.

But not in New York and New Jersey, which continue to violate the federal protections by enforcing state requirements for handgun licenses that residents of other states cannot realistically obtain.

Moreover, New York City area airports require airlines to report travelers checking bags with firearms to Port Authority Police. If the firearm is a handgun, and the traveler doesn’t have a New York or New Jersey license to possess it, police may seize the gun and arrest the traveler.

To make matters worse, the police are on notice of the federal law. But in New York and New Jersey, they are protected by regional case law that holds FOPA applies only to travelers who are in vehicles (not on foot at airports), that it doesn’t allow passengers to handle baggage containing guns during the journey, and that local police have official immunity when violating the law’s protections.

The result is that it’s basically impossible to travel with a handgun through any New York City area airport. Even if the charges are later dismissed or reduced, the traveler is usually forced to forfeit the firearm and to suffer unjustified indignity, delay, expense, and stress.

Sen. Daines’s seeks to change all this with the Lawful Interstate Transportation of Firearms Act.

This legislation would clarify that FOPA covers travelers throughout the country, whether or not they are in a vehicle and during activities incident to travel, including overnight lodging and stops for food, fuel, maintenance, and emergencies. It would also explicitly incorporate ammunition and detachable magazines into the law’s protections, provided they are not loaded into the firearm.

Most importantly, the act would give FOPA teeth by prohibiting arrest for those complying with its terms and by allowing travelers whose rights were violated to seek redress in court and to collect costs, attorney’s fees and other appropriate relief. It would also protect the due process rights of accused travelers by requiring a state or local jurisdiction seeking to enforce its gun control regulations against an otherwise law-abiding traveler to prove the person was not complying with FOPA’s conditions.

The lawlessness in New York and New Jersey has gone on far too long. As NRA-ILA Executive Director Jason Ouimet said, “On behalf of the NRA’s five million members, we thank Senator Daines for having the legislative courage to stand and fight against local bullies who were hoping to suppress our Second Amendment rights.” 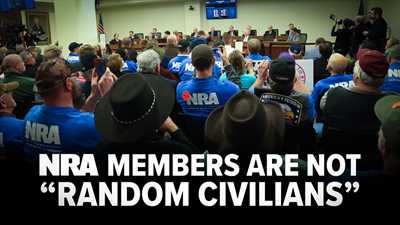