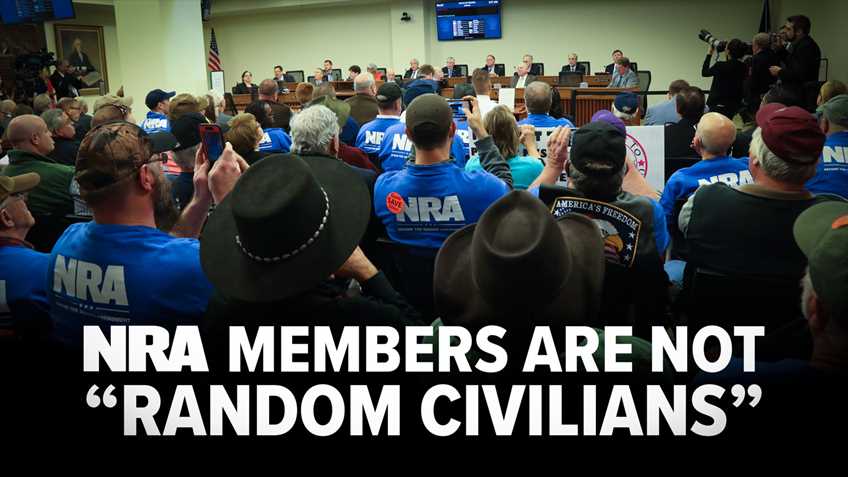 We were well aware that after New York billionaire Michael Bloomberg spent a cool $2.5 million on his latest acquisition, majority control of the Virginia General Assembly, law-abiding gun owners in The Old Dominion would see an onslaught of legislation designed to infringe on their right to keep and bear arms. As the legislature prepared to convene, NRA-ILA scheduled a day for legislative action to show our opposition to the anti-gun agenda of Bloomberg and Virginia’s Governor Ralph Northam, and we asked our members to show up at the capitol in Richmond.

Thousands of NRA members and supporters of the Second Amendment came to Virginia’s capital, and NRA handed out t-shirts and 1,000 30-round magazines, kindly donated by Magpul Industries, as thanks to freedom’s most dedicated advocates.

Even the usually anti-gun Northam praised NRA’s “peaceful event,” although it would be nice if his respect for NRA members included not infringing our fundamental rights.

But Bloomberg’s most prominent anti-gun shill, Shannon Watts, seemed to be overcome by the thought of law-abiding gun owners and Second Amendment advocates gathering to present their unified political voice in opposition to legislative assaults on their cherished liberty. Watts, of course, heads the anti-gun advocacy group Moms Demand Action, a Bloomberg subsidiary that he acquired in 2013.

As you can probably guess, Watts had a problem with the magazines.

When she was told about what happened in Richmond, she tweeted her faux outrage over the idea that “NRA gave away dangerous high-capacity magazines…to random civilians at the Virginia statehouse today.”

Where to even begin with that mess?

First, Shannon, magazines are not dangerous. The particular components donated by Magpul are comprised predominantly of plastic, and weigh mere ounces. Forgetting the fact that it is preposterous to try to designate an inanimate object of being capable of behaving dangerously.

Second, those “random civilians” were NRA members, and were invited to come to Richmond to exercise their First Amendment rights in defense of the Second. As we said, even Governor Northam stated, “I thank the NRA for hosting a peaceful event.”

Of course, it should come as no surprise that Watts was confused. Her organization has no actual membership, although she claims to have millions of supporters and hundreds-of-thousands of “donors.” While both claims are suspect, the reference to “donors” seems particularly implausible. The bulk of her group’s funding, under the umbrella of Bloomberg’s parent company, Everytown, seems to originate from Bloomberg himself.

In contrast, NRA is an actual organization of members; more than five million of them. We are dedicated to freedom, as well as safe, responsible, and, as even one of the most anti-gun governors in the nation recently said, peaceful.

Sorry if that confuses you, Shannon. 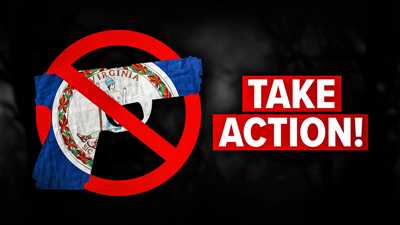