Last Sunday’s episode of CBS’s 60 Minutes featured a rerun of an interview with former-New York City Mayor and gun control financier Michael Bloomberg. During the interview, reporter Steve Kroft noted that Bloomberg has spent “a hundred and thirty-five million dollars to battle the NRA on gun control.” With money like this flowing from the would-be oligarch to his gun control organization Everytown for Gun Safety and other anti-gun efforts, gun rights supporters recognize that Everytown, and its subsidiaries like Moms Demand Action, are little more than a billionaire authoritarian’s attempt at political astroturfing. However, an item published in the Huffington Post on August 25 reveals that even some gun control activists are getting fed up with Bloomberg’s autocratic approach.

In a post titled, “As a Gun Violence Survivor, I Feel Betrayed by Everytown,” former Everytown and Moms Demand Action member Kate Ranta shed some much-needed light on Bloomberg’s bureaucratic operation. Despite Everytown portraying itself as a grassroots movement, Ranta explained that this representation is a façade, writing,

For too long, gun control groups like Everytown have implemented top-down organizational models that treat gun violence prevention advocates like servants and gun violence survivors like fundraising fodder, giving us little or no say in our own advocacy. That must end now.

Ranta goes on to explain that Everytown’s interactions with the media are highly orchestrated. Many gun control groups have relied on carefully manufactured messaging. However, in the case of Everytown, even the personal stories of those who have experienced violence are allegedly perverted in order to advance the group’s agenda. Ranta noted,

Over the years, however, I began to see signs that suggested I was not as empowered as I thought. For example, I was once coached to avoid authenticity in telling my personal story in order to “stay on message.” I also saw that survivors who were in the national media got preferential treatment over survivors who were unknown to the public.

In addition to her complaints about Everytown’s organizational structure, Ranta also took issue with the group’s decision to pay a $10,000 fee in order to participate in the Fraternal Order of Police’s 63rd Biennial Conference, which was held from August 27-31 in Nashville, Tenn. The Fraternal Order of Police prides itself on being “the world's largest organization of sworn law enforcement officers, with more than 330,000 members.”

In explaining her opposition to the FOP, Ranta correctly pointed out that the group has aligned with NRA on several important issues that affect the law enforcement and gun owners. Ranta also seems to subscribe to some aspects the radical left’s position on FOP and policing more generally.

NRA does not share Ranta’s views on the FOP, as evidenced by NRA’s decision to sponsor the group’s national conference. However, the way in which Everytown handled Ranta and other members’ opposition to the group’s participation in the FOP conference revealed Everytown’s hierarchical structure.

According to Ranta, Everytown does not tolerate dissent. The former Everytown activist explained,

On Thursday, I resigned as an Everytown Survivor Fellow after being blocked by the Survivor Network Facebook page for voicing my concerns about the sponsorship. My conclusion is that dissenting voices have no place in these organizations. You toe the line or you’re out.

Ranta concluded her piece by describing Everytown as a “top-down bureaucracy.”

Bloomberg’s Everytown is not, and never has been, a grassroots organization. It is a sophisticated astroturf campaign orchestrated at the behest of a single wealthy financier.

In contrast, NRA’s strength comes from the support of our millions of members and activists who use their time, energy, money and - most importantly - votes, to advance the cause of freedom. Gun control activists have never been able to match gun owners’ commitment to our cause. This is part of the reason why Bloomberg and a small cohort of well-heeled gun control patrons have routinely outspent gun rights activists in losing efforts.

Ranta’s piece marks the second time this year that reports of internal turmoil have wracked Bloomberg’s gun control apparatus. In May, the Daily Caller reported that several prominent Everytown staff had left or been fired following the 2016 election.

Further, the Daily Caller Piece cited a source close to Everytown that severely criticized Moms Demand Action Founder and Everytown Advisory Board Member Shannon Watts. The source told the media outlet, “Staff who worked for Shannon quit or are fired faster than the organization can replace them. She’s a nightmare.” The article went on to cite another source who noted, “Two beliefs unite nearly all gun control supporters: background checks save lives, and Shannon Watts is a self-promoting tyrant.”

It’s clear from Ranta’s commentary and the Daily Caller’s sources that there are numerous gun control activists that oppose the way Bloomberg’s anti-gun conglomerate operates. Unlike with Bloomberg L.P.’s acquisition of Businessweek or a division of Barclays, Bloomberg is having a difficult time purchasing control of the gun issue. While money is important in politics, obscene wealth and iron-fisted control is no substitute for the type of enthusiastic grassroots support NRA and other authentic political organizations enjoy. 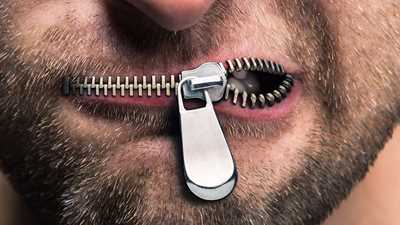