In a recent piece for the Bangor Daily News ironically titled, “Why banning handguns makes sense,” Associate University of Maine Electrical Engineering Professor George Elliott struggled to argue why the tools of self-defense have no place in civilized society and are unworthy of constitutional protection. Unsurprisingly, some of the academic’s own statements refute his thesis.

At the outset of his case, the professor lamented, “The U.S. is awash in handguns. Their numbers have been steadily increasing from an estimated 65 million in 1994 to about 111 million in 2015, an increase of around 71 percent.” Elliot is right, there has been a significant increase in the number of handguns owned by civilians since 1994. However, his implication that this has fueled violent crime is wrong.

According to the FBI’s Uniform Crime Reporting data, from 1994 to 2017, the murder rate declined by more than 40 percent. Over the same time period, the violent crime rate has decreased more than 45 percent. So America is more awash in guns than 1994 and experiences just about half as much violent crime.

Elliott went on to ponder, “Why so many handguns? My best guess is that many people believe that handguns provide some self-protection and they are readily accessible.” The professor later dismisses any utility handguns might provide, stating, “people need to ignore the NRA’s “stand-your-ground” and ‘only-a-good-guy-with-a-gun-can-stop-a-bad-guy-with-a gun’ nonsense and realize that during a hostile confrontation with another person, remaining non-aggressive and removing oneself from the situation is a much better way to remain safe than using a gun.” The latter remark runs directly counter to the best evidence on the subject.

Many people believe that handguns provide some self-protection because they in fact do provide the means of self-protection. Earlier this year, Florida State University Professor of Criminology Gary Kleck analyzed the Centers for Disease Control’s Behavioral Risk Factor Surveillance System data and found that Americans frequently use firearms for self-defense. The data shows that the number of defensive gun uses per year is about 1 million. The figure dwarves that of firearm homicides and suicides.

Moreover, Kleck’s earlier research on violent encounters shows that the most effective means of resisting criminal assault is armed self-defense. In his book Armed: New Perspectives on Gun Control, Kleck analyzed survey data to find that “Victims who used guns were less likely to be injured than crime victims who did not resist…”

After a few clumsy applications of the typical anti-gun talking points, our cocksure electrical engineering professor was confident enough to fancy himself a constitutional scholar. According to the would-be jurist, the Supreme Court “erred” in ruling against Washington, D.C.’s handgun ban in the landmark Second Amendment case District of Columbia v. Heller.

Rather than grapple with the finer points of Justice Antonin Scalia’s opinion, Elliott exclaimed, “If it can be shown that handguns do not, in general, provide protection, then banning their private ownership is not a violation of the Second Amendment.”

As previously explained, it has not been shown that handguns do not provide protection “in general.” However, Elliott’s core misunderstanding seems to be with the nature of individual rights.

Of course, in Heller the Court found that the Second Amendment protects an individual right to keep and bear arms for lawful purposes and that the purpose of self-defense was at the core of the Second Amendment protection. The test for respecting an individual right has never been a mere public policy argument over whether on balance an exercise of a particular right accrues more societal benefits than costs (however such benefits and costs might be defined and measured).

Interpretation of our founding document isn’t a battlefield of social scientists with competing theories. It is a careful deliberation of the text and history of the document under which Americans provide their continuing consent to be governed. Elliott’s statement attacks a fundamental legal concept whereby the rights of the individual are placed paramount, even if respect for that right may impose some cost to society.

We kindly ask that the electrical engineering professor spare the world his further musings on gun control. Otherwise we might be forced to unleash our unconsidered thoughts on electron-spin-resonance transistors for quantum computing in silicon-germanium heterostructures. 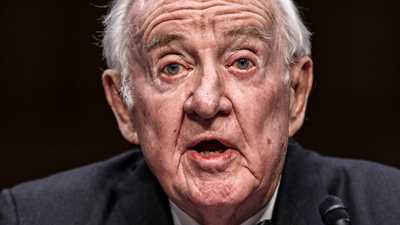