California: Legislature Votes to Prohibit Firearms Sales to Adults Under 21

On Wednesday, August 29,Senate Bill 1100 passed its final hurdle in the Legislature and is now heading to Governor Brown’s desk for his consideration. SB 1100, sponsored by Senator Anthony Portantino (D-25), would raise the minimum age to purchase a long gun from 18 years old to 21 years old, effectively denying young adults their ability to exercise their constitutional rights. Instead of focusing on the criminal misuse of firearms, the California Legislature continues to focus their attention on restricting the rights of law-abiding Californians.

Please use our TAKE ACTION button below to respectfully urge Governor Brown to VETO SB 1100.

Bills eligible for a vote in the Assembly:

Bills eligible for a vote in the Senate:

Senate Bill 221, sponsored by Senator Scott Wiener (D-11), would prohibit the sale of firearms and ammunition at the Cow Palace located in District 1-A on and after January 1, 2020.   SB 221 passed the Senate Public Safety Committee on August 29 and is eligible for a vote on the Senate floor.

Senate Bill 1177, sponsored by Senator Anthony Portantino (D-25), would prohibit a person from making more than one application to purchase and the dealer delivery of any type of firearm within any 30-day period.  SB 1177 passed the Senate Public Safety Committee on August 29 and is eligible for a vote on the Senate floor.

Bills that have passed the legislature and are awaiting Governor Brown’s consideration: 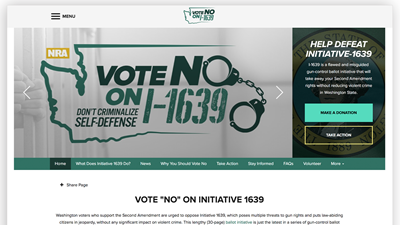