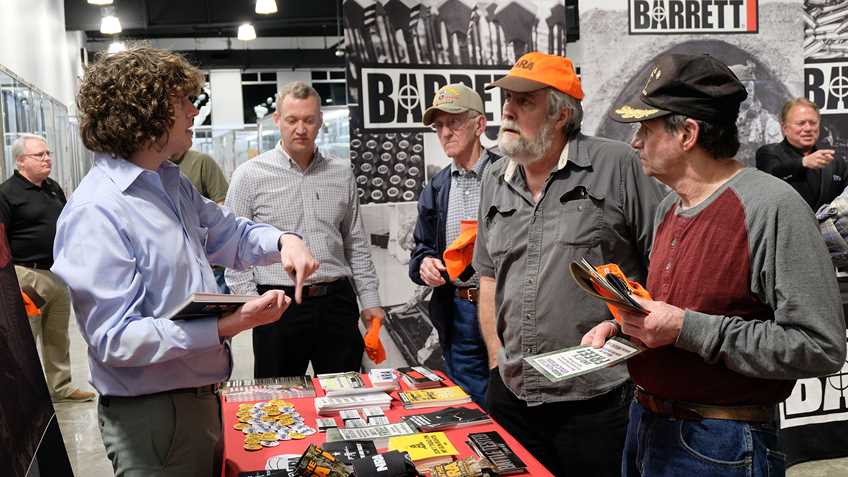 On Monday, February 22nd, Constitutional Carry was introduced and in less than 7 weeks it was signed into law in the Volunteer State. This didn’t happen by accident, but rather by the hard work of your NRA-ILA team, the Governor, and the efforts of the sponsors in both chambers, Rep. William Lamberth and Sen. Mike Bell. Below is a summary of your NRA-ILA’s efforts to pass Constitutional Carry.

Throughout the month of March, your NRA hosted three (3) in person town hall meetings with lawmakers in key parts of the state- Jackson, Murfreesboro, and Cleveland. Attendance at these town halls was at capacity, and due to covid restrictions we had to set up a waiting list because we had more RSVPs than seats available!

At the town halls, ILA staff gave substantive briefs on what Constitutional Carry would mean for the Volunteer State, along with the corresponding actions that needed to be taken from the ground to ensure its passage.

The passion and commitment by attendees was palpable to say the least and NRA members were emphatically in support of this effort by Governor Lee.

Due to the capacity restrictions placed on venues, we also hosted a virtual meeting with Governor Lee to discuss the importance of sending Constitutional Carry Legislation to his desk for his signature. Governor Lee spoke with our Grassroots activists on Monday March 22nd, and a week later on Monday March 29th the House gave final approval to Constitutional Carry legislation, sending it to Governor Lee for his signature, which he signed on Thursday, April 8th.

Tennessee is now the 20th state to allow Constitutional Carry. Back in 2014, there were only 5 states that permitted Constitutional Carry, which goes to show the growth of this movement nationwide. Thank you to Governor Bill Lee for leading the effort to strengthen Tennesseans’ right to self-defense.  Also, thank you to bill sponsors, Rep. William Lamberth and Sen. Mike Bell, as well as those legislators who voted in support of this important self-defense measure.  Once the bill has been signed by the Governor, Tennessee Constitutional Carry will go into effect on July 1st.