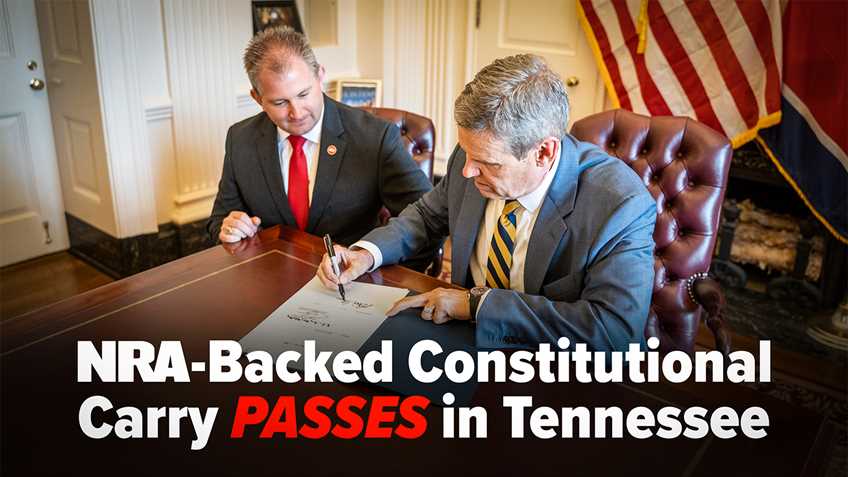 “This bill is a great step forward in the advancement of self-defense rights and Second Amendment freedoms for all Tennessee gun owners,” said NRA-ILA Executive Director Jason Ouimet. “It simply means law-abiding Tennessean’s no longer have to pay a tax to exercise the right of self-protection.”

The legislation does not affect previously issued carry permits and allows citizens who still wish to obtain a permit in order to carry in states recognizing Tennessee permits to do so. It also does not change prohibited places where a firearm cannot be carried, or when force may be used in defense of self or others.

“Constitutional carry ensures a barrier-free commitment to Second Amendment rights and is core to a strong public safety agenda," said Gov. Lee. "Tennessee finally joins 19 other states in siding with law-abiding, responsible gun owners and I commend both the NRA and members of the General Assembly for making it happen.”