New data on background checks and concealed carry permit holders shows that the exercise of 2nd Amendment rights may just be the one constant in 2020. New data was released and records were set. This isn’t déjà vu; it’s a trend.

The FBI released NICS background check data for September, which saw the fewest checks since February but still set the record for the most checks ever for the month of September. Oh, and also enough to break the annual record for NICS checks with a quarter of the year remaining. The FBI has now processed 28,826,449 total NICS checks so far in 2020, which bests the previous record by 456,699. The previous record was set last year. Since NICS came online in November 1998, there have been 361,830,515 total background checks.

An important note: the NSSF adjusted number includes checks for transactions like pawn shop redemptions or private sales. The numbers used in the above paragraph are limited to NICS checks by firearm type.

Comparisons are fun, right? They’re also useful to provide context when dealing with large numbers. We’ve seen about 9.02 million checks related to handgun sales this year. That’s more checks than 40 states (and the District of Columbia) have total population.

The difference between total background checks and sales-related background checks is permit checks. Economist John Lott reports that there are now over 19.48 million concealed carry permit holders across the country.  Lott reports that the number of female permit holders is growing 101.2% faster than the number of male permit holders, though not all states provide data by gender. This estimate would hold that permit holders are about 7.6% of the total adult population in the United States – and permitless carry is the law in sixteen states, so the population of concealed carriers could be even larger.

With three months – including hunting season, a Presidential election, and the holidays – left in the year, it’s difficult to project how high the number of background checks will go. Will election results spur even more people to obtain permits? Will manufacturing and inventory be able to keep up with Americans’ demand for firearms?

The best way to make sure that every American continues to enjoy access to their 2nd Amendment rights is to vote. Joe Biden and Kamala Harris refuse to reveal their position on packing the U.S. Supreme Court. If they get the chance, they’ll select judges that agree with their distorted view on the Second Amendment.

The best protection is to deny them that chance. Vote for pro-gun candidates. Volunteer when you can. Make sure your family, friends, and neighbors know what’s at stake in this election. 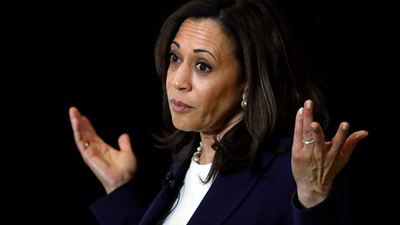