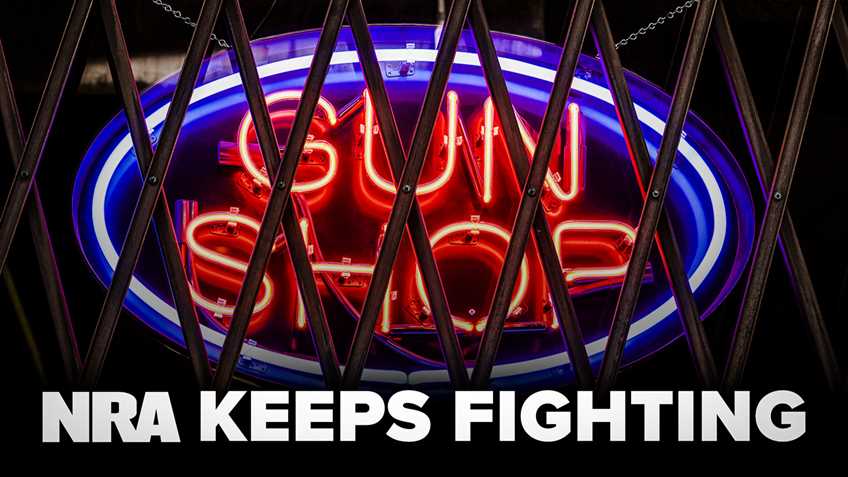 During the COVID-19 crisis, many of our family members, friends, and fellow citizens have decided to exercise their right to self-defense for the first time.  Unfortunately, many of them are being delayed or denied their rights not only by anti-gun bureaucracy put in place years ago, but also new obstacles created within the past few days and weeks.  Anti-gun officials have taken advantage of declared states of emergency to restrict our rights by closing gun stores, delaying concealed carry permits, and shutting down background checks for new firearm purchases.

These are the very actions that the Second Amendment was meant to guard against.  These are the abuses your NRA fights at all levels of government.

Your NRA has launched a new website to put all information related to the COVID-19 pandemic in one convenient location.  By visiting www.nraila.org/coronavirus, you will be able to see the latest developments in your state and may take action to protect your Second Amendment rights.

Some of these recent actions:

San Jose officials insisted that firearms are “nonessential” and ordered gun stores to close.  Mayor Sam Liccardo said, “We are having panic buying right now for food.  The one thing we cannot have is panic buying of guns.”  The city has shut down gun stores.

Los Angeles County Sheriff Villanueva said, “Buying guns is a bad idea” and demonstrated his disdain for law-abiding citizens being armed for self-defense by starting to shut down gun stores.  He suspended that endeavor after receiving an opinion from Los Angeles County counsel that gun stores could in fact be classified as essential businesses, but just the next day, put the shut-down order back in place.  One Los Angeles official even stated, “There's nothing essential about being able to purchase a new handgun.”

On March 27th, the NRA joined individuals, retailers, and other gun rights groups in filing a federal lawsuit challenging state and local policies and enforcement practices that violate Second and Fourteenth Amendment rights.

Governor John Carney’s executive order on March 22nd did not list gun stores as essential and State Police began to issue cease and desist letters to force them to close.  Following an uproar from NRA members and concerned citizens, Gov. Carney revised his order to allow gun stores to remain open by appointment only.

Governor Janet Mills issued an executive order for “nonessential” businesses to close starting March 25th.  While it was initially unclear if that category includes gun stores, she has since made her intentions clear by having state authorities order them to close.  NRA members and law-abiding gun owners throughout the state are urging her to correct this egregious error.

Governor Michelle Lujan Grisham is making her anti-gun proclivities clear and wasting law enforcement resources by tasking the State Patrol with driving by gun stores and telling dealers that they must remain closed to the general public.  NRA members and law-abiding gun owners are responding to the Governor’s anti-gun order by urging her to consider the safety and security of her constituents and allow gun stores to re-open for business.

Wake County Sheriff Gerald Baker’s office announced that they will not issue new pistol purchase permits for more than a month.  This leaves new prospective gun owners especially vulnerable.  For the next month, law-abiding residents cannot buy a handgun or receive one in a private transfer, even from a family member or close friend, unless they were issued a permit prior to the shutdown.

Governor Tom Wolf considers gun stores, and by extension the Second Amendment, “non-life-sustaining” and forced them to close on March 23rd.  Following a dissenting opinion from Pennsylvania Supreme Court Justice David Wecht and two other Justices, Governor Tom Wolf quietly removed gun shops from that list, allowing them to re-open on March 25th.  Their opinion made it clear that Governor Wolf’s shuttering of gun shops amounted to “an absolute and indefinite prohibition upon the acquisition of firearms by the citizens of this commonwealth - a result in clear tension with the Second Amendment.”  NRA members and law-abiding gun owners throughout the state made their voices heard loud and clear on the initial closure and we thank them for their steadfast support.

Over this past week, local officials in a number of cities and counties adopted emergency orders that contained provisions forcing firearm retailers to close.  On March 27th, following a timely request from pro-Second Amendment state Representative Dustin Burrows, Attorney General Ken Paxton issued an opinion stating that Texas’ preemption law prohibits these emergency stay-at-home orders from shutting down gun stores.  NRA thanks Rep. Burrows and AG Paxton for their rapid response to protect the Second Amendment in the Lone Star State.

Fortunately, many of our members live in pro-gun communities and states where officials support your right to defend yourself and your loved ones.  Even in these pro-gun jurisdictions, eternal vigilance is necessary to protect our freedoms against the threats posed by the ongoing emergency.  With this in mind, please visit: www.nraila.org/coronavirus to stay up-to-date on all COVID-19 news and, by all means, stay safe.  Working together, we can protect the Second Amendment and come out of this crisis stronger, wiser, and with our rights secured. 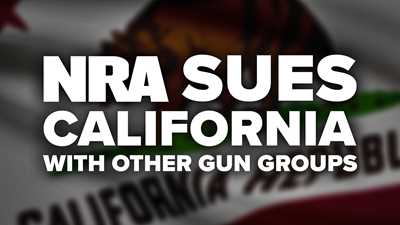