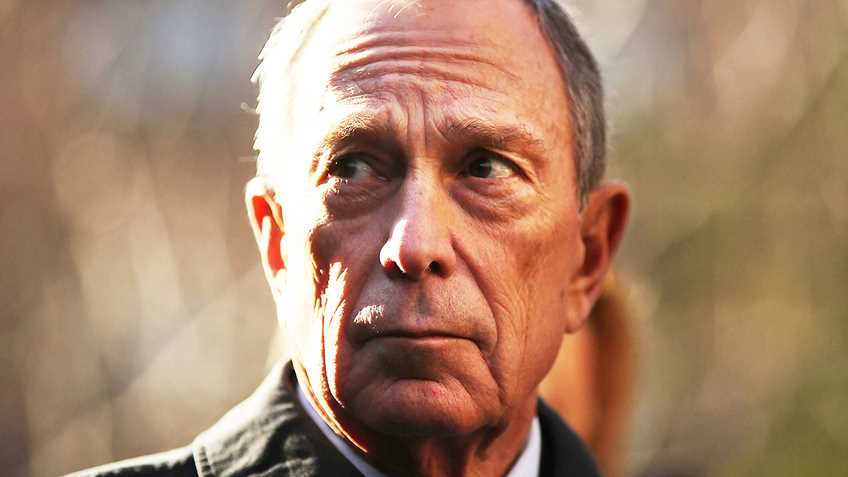 Last week, New York billionaire Michael Bloomberg joined the growing list of Democrats who have abandoned their dream of taking on President Donald Trump this November. His effort will be remembered as one in which he spent big but accomplished little.

Like other failed candidates before him, Bloomberg made his anti-gun platform the centerpiece of his campaign, even shelling out $11 million to run an anti-gun propaganda piece during this year’s Super Bowl. But he simply could not raise his campaign to the heights necessary to secure any meaningful support.

The lessons learned from Bloomberg’s failed campaign may dwarf those of other failures, which is no small feat.

First, we learned that, no matter how large your bank account, and no matter how much money you spend to flood the airwaves and clog computers with your messaging, you simply cannot pay the American people to like someone so unlikeable.

Bloomberg shattered all records for the amount of personal wealth an individual has spent in an attempt to win a primary, shrinking his bank account by more than half-a-billion dollars. He also made the previous record for how much an individual spent on one election cycle for one elected office—a record he already owned—look small by comparison.

In 2009, Bloomberg spent about $102 million to win his third term as New York City mayor.  That works out to a cost of about $174 per vote, and at the time, seemed an outrageous sum.  Rudy Giuliani, his predecessor, spent less than $10 per vote to win his second term in 1997. While we won’t know for sure how much Mike spent on his failed primary run until his final campaign reports come in, it is safe to say it was many hundreds of millions of dollars.

Presuming he wasted $550 million, he will have ended up spending around $324 for each of the 1.6 million votes he received in the primary. The campaign to elect President Trump, by comparison, spent less than $5 per vote to win the White House in 2016. That would seem to settle the question of which of the two New York billionaires is more financially savvy, to say nothing of more politically popular.

Ultimately, all that money could not conceal the fact that Bloomberg’s personality and policy shortcomings simply could not be elevated in any way.

On the debate stage in Las Vegas, he shrunk under a withering attack from Massachusetts senator Elizabeth Warren. During the Charleston, S.C., debate, Bloomberg tried self-deprecating humor, but his delivery was so stunted and awkward, the laughs never materialized (except at his expense).

Virtually every time the cameras caught him in a public setting, he came across as less a normal, everyday American, and more like an animatronic character from Disneyland’s It’s A Small World ride.

When all was said and done on Super Tuesday, when 14 states held their primaries, Bloomberg could rise no higher than third place in any of the contests.  Well, except for tiny American Samoa, where he actually won that territory’s caucus. This small victory for Bloomberg, however, was simply too little, too late.

As with other failed campaigns, we also learned, or were reminded, that running as a candidate whose central theme is shrinking our rights protected under the Second Amendment will yield diminutive returns.

Of course, Bloomberg is still one of the richest men in the world, and still hates the idea of the Second Amendment protecting the rights of law-abiding Americans to be able to own firearms and to use them for lawful purposes, especially self-defense.  It would be short-sighted to think that abandoning the Democrat presidential primary means we have seen the last of this billionaire’s efforts, to say nothing of his spending, to cut our right to keep and bear arms off at the knees.

In fact, Bloomberg will certainly release his media empire from the short leash he had on it while he was a candidate, and we can anticipate renewed attacks on anyone or anything that might stand in the way of his new goal: securing the Democrat nomination of Joe Biden in an effort to defeat President Donald Trump this November.

And the billions Bloomberg had hoped to use to buy the White House for himself will now, undoubtedly, be used in an attempt to buy it for someone else.  He has already established a Super PAC through which he can funnel his wealth, although its name has yet to be revealed.  If he succeeds with opening the checkbook to defeat Trump, you can rest assured that he will have purchased unlimited access to those in Washington who share his goal of eviscerating the Second Amendment.

NRA, of course, will continue to do everything possible to ensure Bloomberg continues to come up short of his goals.

IN THIS ARTICLE
Bloomberg
TRENDING NOW

Joe Biden to Gun Confiscator O’Rourke: “You’re Gonna Take Care of the Gun Problem With Me” 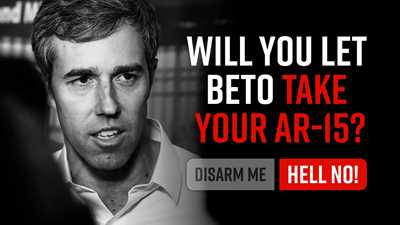