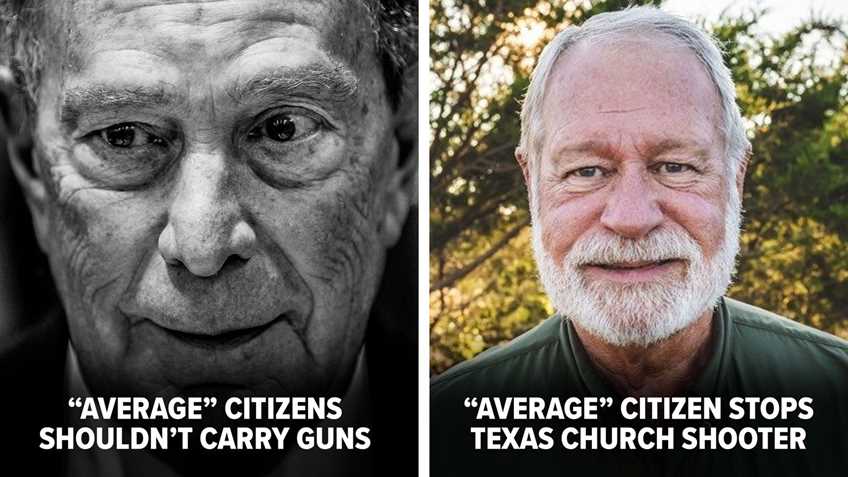 Jack Wilson – a 71-year-old congregant of the West Freeway Church of Christ in White Settlement, Tex. – is a hero to most Americans. When a deranged man savagely murdered two of Mr. Wilson’s fellow worshippers during a service at the church on Dec. 30, Wilson took swift action. He exposed himself to danger to deliver a single shot from his lawfully carried handgun that instantly ended what undoubtedly would have been even more terrible carnage among the hundreds present.

Other congregants were also seen producing lawfully carried handguns in response to the threat. Several closed in on the fallen assailant to ensure he was neutralized. None of them panicked or acted rashly and no errant shots were fired.

The entire episode was over in six seconds and was captured on the church’s livestream.

The evidence is inescapable and available to anyone who cares to view it. Anybody who has ever tried to justify a public policy proposal on the grounds that it could save “just one life” is now on notice that lawful concealed carry saved many lives in just that one episode.

Yet one person who did not bother to watch the video or acquaint himself with the facts is Democrat presidential contender Michael Bloomberg. Commenting on the incident at a campaign stop in Montgomery Ala., Bloomberg did not mention Jack Wilson’s name. Bloomberg did not even acknowledge that the events depicted in video and widely reported in the media – including on Bloomberg’s self-named news site – were authentic.

But if they were, he huffed, it didn’t change his mind that only the police (which apparently include the current and former officers on his own armed protection detail) should be able to carry firearms in public.

“It may true, I wasn’t there, I don’t know the facts, that somebody in the congregation had their own gun and killed the person who murdered two other people,” he said. “But it’s the job of law enforcement to, uh, have guns and to decide when to shoot.” He continued, “You just do not want the average citizen carrying a gun in a crowded place.”

In the best-case scenario, responding police would still have been minutes away from the violence breaking out in the West Freeway Church of Christ. The shotgun-wielding assailant could have killed many more people in that time had he not faced armed resistance of his own.

But Bloomberg’s own words indicate he would consider that an acceptable price to pay to vindicate his arch-statist and anti-constitutional view that the government should have a complete monopoly on the lawful use of lethal force.

What, in Bloomberg’s mind, make police the only people who can be trusted with firearms?

Does he feel that only law enforcement can effectively and safely use firearms?

Jack Wilson answered that question on Dec. 29, 2019, by delivering a single, precise shot at 15 yards that felled its target and only its target, saving innocent lives.

But somehow that’s still not good enough for Michael Bloomberg because Wilson is not an active-duty police officer.

What lesson are we supposed to learn from Bloomberg’s response to the White Settlement events, other than who shoots whom isn’t as important to him as who gets to decide who lawfully wields lethal force?

Are you willing to helplessly take one for Team Bloomberg’s scheme of law and order if you end up in the wrong place at the wrong time?

Note that Michael Bloomberg isn’t taking that risk himself; his payroll includes plenty of armed men to keep him safe.

The Second Amendment is your guarantee that you need not take the risk either, which is why Michael Bloomberg’s worldview cannot be reconciled with that fundamental liberty.

This stands in stark contrast to President Trump, who understands exactly what the right to keep and bear arms is all about and unabashedly respects that right.

“It was over in 6 seconds thanks to the brave parishioners who acted to protect 242 fellow worshippers,” President Trump tweeted on Dec. 30. “Lives were saved by these heroes, and Texas laws allowing them to carry guns!” 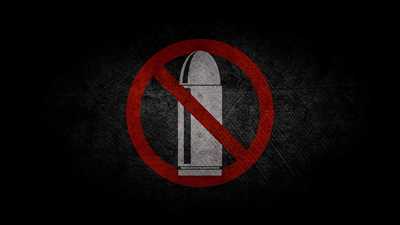