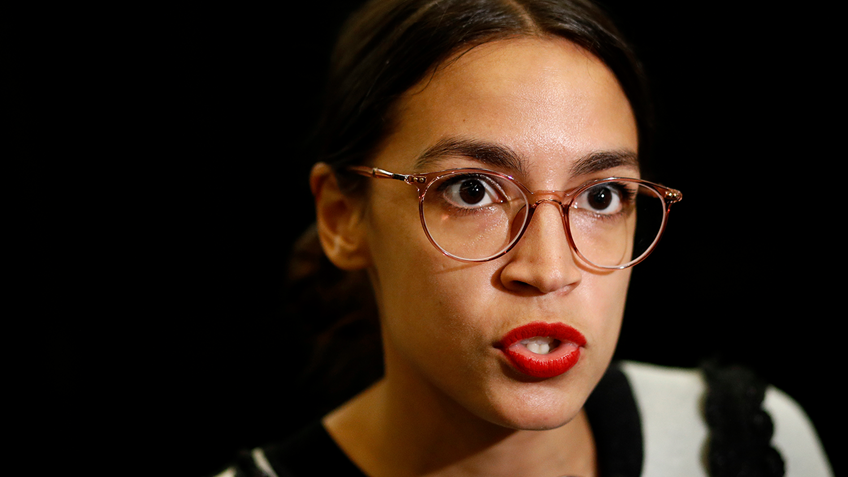 The battle over politics in the financial marketplace continues to intensify. The combatants include anti-gun politicians who insist that banks have a social responsibility to sign onto the far left’s political agenda. Opposing them are patriotic Americans of all stripes who believe that federally chartered banks should serve the law-abiding public without ideological or political discrimination.

At stake for gun owners is whether the industries that provide firearms, ammunition, and related accessories to the civilian market will be able to participate in the 21st Century economy.

It’s becoming increasingly clear what the world would look like if the most dedicated opponents of the NRA and pro-gun politicians had free reign to implement their vengeful and discriminatory agenda against their political enemies.

There is, in their minds, no legitimate opposition to them, so any tactic is on the table to get what they want.

This includes the thinly-veiled extortion of wielding government influence and the virtual outrage mob against anyone who will not bow to their demands.

The freshman congresswoman is proving a quick study when it comes to the extra-legal use of her official position and considerable celebrity to promote political goals that have failed to advance through the lawmaking process.

We recently reported on how Ocasio-Cortez’s fellow gun control advocate Carolyn Maloney (D-NY) used a congressional oversight hearing to berate a bank executive, not for actually breaking the law, but simply for refusing to follow the example of other banks in refusing business with law-abiding gun sellers. Maloney insinuated the bank was somehow complicit in mass murder and explicitly accused it of “putting profits over people.”

Never one to avoid the media spotlight, Ocasio-Cortez took up that refrain last week by taking several national banks to task on Twitter for helping to finance lawful projects or industries that she finds distasteful, including “fossil fuel pipelines,” “private prisons,” and businesses involved with “assault rifles.”

Ocasio-Cortez, like Maloney, sits on the House Financial Services Committee, which is involved in banking oversight. Perhaps just as relevant, in what passes for the modern marketplace of ideas, she has nearly 4 million Twitter followers, many with seemingly endless time and energy to execute whatever happens to be the social justice directive of the moment.

Ocasio-Cortez elaborated on what she was hoping to accomplish in statements to Politico. "There's more than one way to skin a cat, and not everything has to be done through legislation explicitly," she said. “We can also use the tools that we have here to pressure change in other ways as well."

That includes the implicit threat of telling regulated entities they are now on the Official Naughty List for not toeing the political line and unleashing activist hordes to bombard their social media feeds with defamatory accusations or to perhaps take more drastic action in the real world.

Fortunately, not everyone on Capitol Hill has adopted the scorched earth outlook of Maloney and Ocasio-Cortez, and some are actively trying to ensure that America’s business and banking sectors are not completely subsumed into Washington, D.C.’s increasingly toxic political battles.

As we reported last week, Sens. Kevin Cramer (R-ND) and John Kennedy (R-LA) introduced S. 821 the Freedom Financing Act, a bill to prohibit discrimination against the firearms industry in the provision of financial services.

This week, Mike Crapo (R-Idaho), chairman of the Senate Committee on Banking, Housing and Urban Affairs, sent a series of letters this week to the presidents and chief executive officers of America’s biggest national banks. Those letters expressed concern with the increasing politicization of banking services.

“Large banks, which receive significant forms of government support and benefits, should continue to provide credit and services to customers and companies that comply with federal and state law and should not seek to replace legislators and policymakers,” Chairman Crapo wrote. “Business lending decisions should be based on creditworthiness, rather than politics and political pressure.”

Chairman Crapo’s letter also referenced the Politico article quoting Ocasio-Cortez on “pressur[ing] change” outside the lawmaking process as an example of this disturbing trend.

The Obama administration pursued similar tactics under Operation Choke Point (OCP), with federal regulators leaning on banks to drop relationships with gun sellers and other lawful but disfavored businesses who were portrayed as a “reputational risk” to the institutions’ financial soundness.

But those objectives were hotly denied by the administration and dismissed as a “conspiracy theory” by its media surrogates.

Yet now they are being openly promoted and celebrated by those on the far left, which pursues the same style of government corruption, but without the self-awareness to engage in any pretense of hiding it.

Ocasio-Cortez would apparently be only too happy to tell you that OCP was A-OK.

For now, fortunately, these anti-gunners’ worst ambitions are still kept somewhat in check by the division of political power in Washington, D.C.

Should that situation change, lawful firearms businesses and other targets of the far left’s wrath won’t just be fighting overreaching legislation and bad publicity from a complicit press.

They’ll be facing their exclusion from modern society altogether.

Ohio is closer than ever to allowing concealed weapons without a permit, supporters say