The NRA would like to thank the countless NRA members, Second Amendment Supporters, and Legislators who were engaged throughout this process and voiced strong opposition.

Senate Bill 143, which is set to go into effect January 2nd, 2020, is an effort to fix the flawed Bloomberg Background Check Initiative from the 2016 election (Question 1).  SB 143 repeals the Question 1 language and replaces it with closely mimicked language that most notably moves the background check from the federally run NICS system to the Nevada Central Repository.  It will require anyone relinquishing possession of a firearm to visit a federally licensed dealer in order to process a Nevada state background check, with limited exceptions, or face criminal penalties.  The bill, like the initiative, presents many of the same problems that were repeatedly brought to light during the joint judiciary committee hearing as well as on the floor in both chambers.  Undefined terms and unworkable exemptions remain problematic along with a myriad of other issues.

Your NRA expects other firearm-related legislation to be taken up this session.  It’s important that you stay tuned to www.nraila.org and your email inbox for further updates. 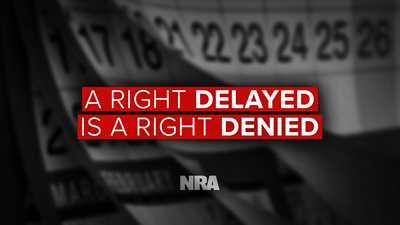