New York gun owners will take any bit of good news coming out of Albany that they can get.  NRA-ILA vigorously opposed measures that were gaining steam in the final weeks of session.  That effort came to a conclusion in the early hours Thursday morning when the Senate finally wrapped up its work for the year.  A pair of anti-gun bills remained sitting in their respective hoppers failing to advance.  The Assembly had adjourned a few hours earlier, late Wednesday night.

Gov. Andrew Cuomo was invested heavily in pushing “red flag” legislation this session as he did a bus tour and even paid for an expensive commercial peddling his latest gun control.  A.11148 was a “red flag” bill which created emergency protection orders.  This legislation was deeply flawed and had serious due process concerns.  It would have allowed confiscation of guns and forfeiture of Second Amendment rights based on the allegations of teachers, school counselors, and even part time employees with little more than probable cause, a very low legal standard.  Despite his theatrics, which included laying in the street in protest, the legislation failed to advance and didn’t even have a Senate companion bill introduced.  It became quite clear that this was more about being a distraction and misdirection from the constant scrutiny of his failed administration.  Cuomo would rather talk about guns, or anything for that matter, instead of his failings which has seen over a million New Yorkers leave the state during his tenure.  Plagued by some of the highest taxes in the country and persistent discussions of corruption in Albany, Cuomo tried changing the subject to guns.  It didn’t work.

Also failing to advance was another Assembly bill.  The lower chamber passed microstamping out of committee and to the floor, but the bill failed to advance any further.  A.5826A would have required all semi-automatic pistols manufactured or sold in New York to be equipped with microstamping.  This would only drive up the cost of firearms and eliminate the sale of new semi-auto handguns while doing nothing to improve public safety.  Microstamping is easily circumvented with common household tools.

NRA-ILA is pleased that we were able to fend off any new gun control this year, but we will not be satisfied until the provisions of the disastrous SAFE Act are repealed.  We will continue to fight against any and all infringements coming out of Albany.   We would like to thank all NRA members and Second Amendment supporters who contacted their legislators this session.  We know that we are going to be facing new, rigorous battles again in January when lawmakers return to Albany for the 2019 session, and we will be prepared. 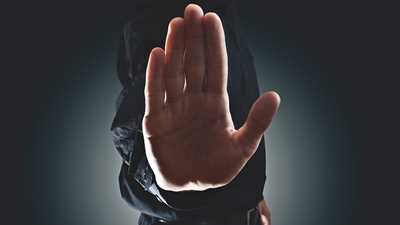