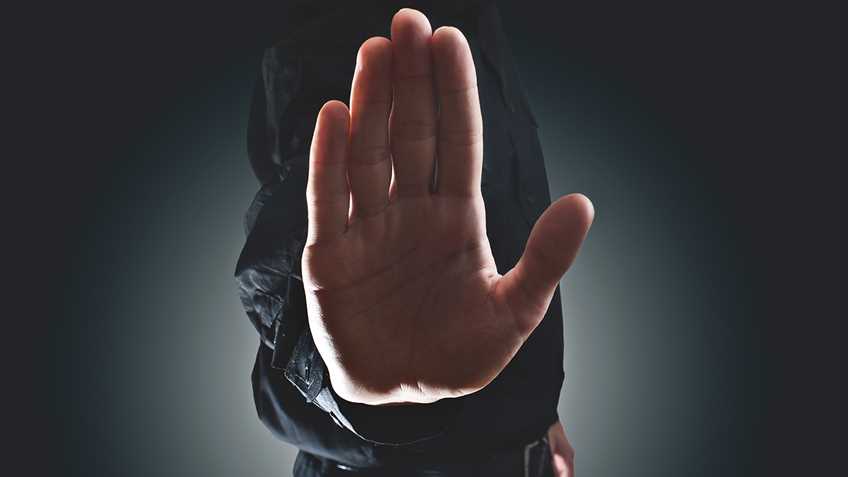 A common thought (maybe even a rational one) is that gun owners hesitate to share their status as gun owners in surveys. It makes perfect sense, particularly in times of heightened concerns that anti-gun politicians are plotting to restrict our 2nd Amendment rights and the routine vilification of law-abiding gun owners by politicians, celebrities, and the media. A recent study confirmed that more people are refusing to answer questions about firearms ownership.

Iowa State University political scientist Robert Urbatsch analyzed data from the General Social Survey (GSS) and found that the number of people refusing to answer a question about gun ownership roughly tripled since the year 2000. The increase appears steady from the year 2000 through 2016 and Urbatsch found the increased non-response rate concentrated among Republicans (though the rates among Democrats and Independents also increased). Coincidentally, Pew recently confirmed that gun ownership is far more common among Republicans – meaning, the people driving the increase in the GSS question refusals are also those most likely to own a gun. Go figure.

Urbatsch discusses how this increase could be driven by increased polarization, by political elites' and partisan commentators' fear-mongering, or by distrust of government and an institutionalized belief in individual autonomy. For some reason, more people are hesitating to share their gun-owning status with a stranger on the phone conducting a survey for the government.

This isn’t new. Take a look at the Gallup trend below; notice the sharp increase after 1993…right around the time Congress was working on a major gun control effort (the 1994 assault weapons ban). In December 1993, less than 0.5% of respondents refused to answer that question. In July 1996 (the next time the question was asked), 2% of respondents refused. The number acknowledging they had a gun in their household dropped from 49% to 38% in the same time period. The percent refusing first hit 4% in October 2009, then hit 4% again in October 2013 and October 2014 – when anti-gun politicians controlled both the White House and the Senate. The number of refusals dropped from 2016 to 2017. A simple trend line does not indicate causation…but one major difference between 2016 and 2017 was the political outlook. In 2016, there was a concern that a historically anti-gun politician could win the Presidency; by October 2017, President Trump had secured the White House. 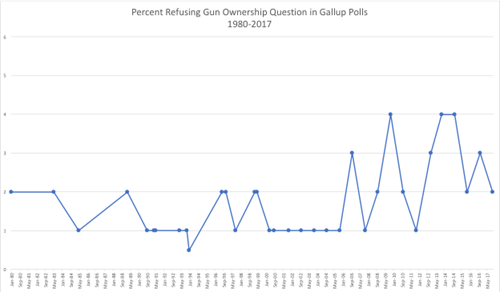 Now, look at the positive responses – those who admit there is a gun in their household. Does anyone really believe that gun ownership rates dropped ten points from December 1993 to July 1996, and then regained six points between that July and November 1996? This is clearly the most extreme example present and some fluctuation is to be expected due to sampling issues. However, the fluctuations – particularly when viewed in conjunction with the political environment – reinforce Urbatsch’s findings.

Sometimes research confirms what we expect or what we already know. Sometimes such research is used as a vehicle to deliver unrelated or tangentially-related points. Urbatsch, regardless of whatever personal beliefs he may or may not hold regarding firearms or politics in general, does not. He sticks to his findings and puts them into a context that all of us should appreciate: “These findings suggest that ignoring nonresponse on gun-ownership questions may lead to increasingly biased results. A naïve analysis omitting respondents who refuse to answer gun-ownership questions may result in a sample that is less Republican and more pro-gun-control than is the general population.”

Good advice for researchers everywhere. Think about that the next time you see an article claiming some high percentage of gun owners favor absurd restrictions.