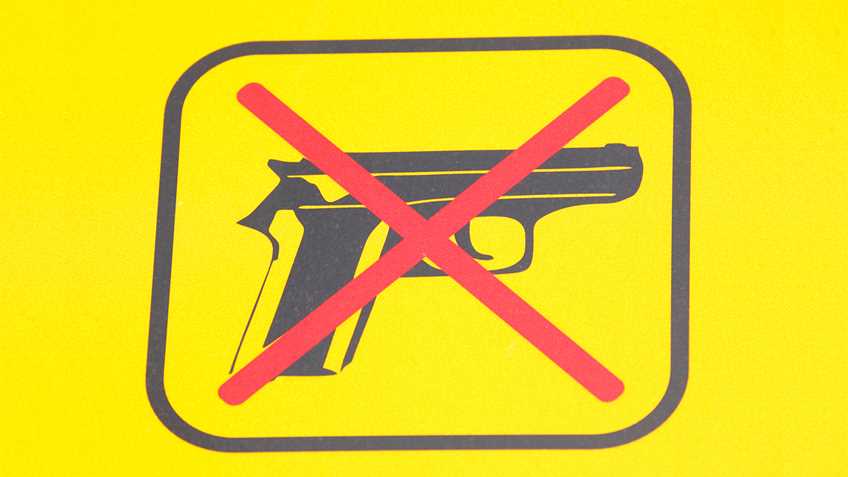 Having a father who had brought home keepsake firearms from the Second World War, he claims he became “exceptionally proficient” at taking apart and reassembling guns as a child. This glimpse into his background is provided to preempt the “common response of American enthusiasts to the rest of the world’s horror: ‘Foreigners don’t understand guns.’” That isn’t quite the point. Foreigners – regardless of how well they may handle guns – don’t always understand Americans.

He writes “the association of right-wing patriotism with gun ownership is a recent construct,” with it being a “fiction” that “weapon ownership [is] an inherent part of American identity.” Weapon ownership may not be an integral part of the national identity and remains a matter of personal choice; however, the right to possess and bear arms has something of a longer and more celebrated pedigree. The United States Supreme Court, in District of Columbia v. Heller (2008), traced this right back to English precedents that predated the creation of the United States. The “Second Amendment was not intended to lay down a ‘novel principl[e]’ but rather codified a right ‘inherited from our English ancestors.’”

According to Sir Max, it is a truth universally acknowledged that “possession of a gun facilitates homicide… and suicide,” as it “requires absurdly little physical effort, or even psychological commitment, to point and fire a gun.” He states no other country comes close to the scale of gun ownership in the United States, with 400 million weapons, or 46% of all the world’s guns, in private hands. Assuming his information and premise are correct, one would expect the United States to dominate homicide and suicide rates worldwide by a spectacular margin.

Firearms, however, have not propelled America to the top of the charts. The rate of suicide in the United States is below that of Japan, France, South Korea, Poland, Switzerland, Hungary and Belgium, to name just a few; Russia and Lithuania have rates twice that of the U.S.  Likewise, the United States is far from being the global leader in homicides – one source indicates the U.S. rate of “death by interpersonal violence - homicide” in 2017 was just over 6 per 100K, the same as Cuba, Moldova, Argentina and Thailand, and well below that of Guatemala (36.6), Mexico (34.1), Brazil (30.1), Costa Rica (10.4), or all of Eastern Europe (13.0).

Statistics aside, his personal history undermines his claim. Despite growing up in a home with a father who was “potty about” guns, those firearms apparently drove no one in the Hastings household to homicide or self-harm. The only apparent victim of gun violence was a television accidentally shot by Hastings, one of the “wonderfully rackety experiences of [his] childhood.”

A particularly disappointing reference in Hastings’ article relates to the rise in gun sales in 2020, “as the pandemic intensified nameless, undefined fears. Many of these gun owners cannot credibly explain what threat their personal arms are supposed to defend against. It would be hard to shoot a virus, for instance.” The implication – inexplicable for a person of his background and intelligence – is that these gun owners are ignorant, too simple to grasp the nature of COVID-19.

A more rational explanation would look to the riots and “unrest” that swept across the country last year, together with police “stand down” orders and calls to slash law enforcement resources. At least one academic has pointed to these events and the “unwillingness or inability of local authorities to stop looting, rioting, and other lawless and violent behavior” as proof of the importance of the right to have the means of self-defense.  Individuals under the impression they have no need to arm themselves because protection is available from the police have very clear and legitimate apprehensions when politicians and others abdicate their responsibility and ignore (or encourage) criminal behavior and a breakdown of the public order.

The self-help option is firmly rejected by Hastings. “If my wife and I found ourselves faced with intruders, I would not think of reaching for one of my guns: Such a response would probably prompt my indictment, for using a firearm with intent to endanger life.” He adds, further, that most of his fellow British subjects “flinch from guns… [and] I have come to believe that my compatriots’ wariness …is a fault on the right side.”

If the case of Tony Martin is any indication, Hastings is entirely correct about the consequences of defending one’s home. Martin, a farmer in an isolated rural area, had been robbed at least six times and notified the police. During a break-in at his home in 1999, he shot at and killed one burglar and wounded another. Martin was convicted of murder and sentenced to life in prison, although this was later downgraded to manslaughter. The surviving burglar was sentenced to 36 months but was released early; Martin was denied parole because he posed an unacceptable risk to burglars. A probation officer’s report cited Martin’s “unwavering belief that he is the one who has been wronged in the first instance by the burglars in the second by the Criminal Justice System,” as these “entrenched views make him a high risk of behaving similarly in future.” In a further fling against Martin, the career criminal burglar applied for and received legal aid funding for his civil lawsuit seeking damages; Martin was expected to fund his defense himself.

The British “flinch” not just guns but at any item that may (plausibly or not) be a weapon. A U.K. police website advises that the only “fully legal self defence product” a person may buy is a “rape alarm” and warns, “You must not get a product which is made or adapted to cause a person injury.” In the same spirit, police “weapon sweeps” of parks and streets display scissors, pliers and a file, a length of pipe and other oddments, a rusty screwdriver, a rustier knife, a bent carving fork, a hockey stick, a handsaw, and cutlery knives. Presented without the police context, Americans would most probably identify these as appropriate scrap metal drop-offs for their local recycling facility.

Hastings maintains that “widespread firearms ownership is a pollutant” and that the British “are a better, much safer society without handguns.” Millions of Americans would disagree. In Hastings’ British version of “Come and Take It,” criminals are free to help themselves knowing their unarmed victims can’t or won’t resist, and authorities appear to have less concern for victims than villains. In his civilized society, criminals have the moral high ground, chairs and narwhal tusks must be used to stop murderers, and it is entirely acceptable that good citizens are unworthy of possessing weapons.