The Legislature’s anti-gun leaders have deferred on investigating the growing list of accusations against their embattled Governor, but they sure have plenty of time to pass more meaningless gun control.  On Monday, May 3, at 11:30 a.m., the Senate Codes Committee will have a virtual hearing on several bills.  The public can watch at:  https://www.nysenate.gov/events .  All of this is being done out-of-sight while the Capitol remains closed to the public.

There are almost a dozen bills on the agenda, but the following are of particular concern:

S.1192A, by Senate Deputy Majority Leader Michael Gianaris, would require persons possessing a firearm to hold a firearms safety certificate.  This is perhaps the most troublesome bill on the agenda.  It has no grandfathering provision and only a 90-day grace period to get in compliance.  It ties firearm possession to several burdensome new requirements.  This expensive and time-consuming process will have a disproportionate impact on low-income and disadvantages communities.  In order for a person to simply exercise their constitutional right, they would have to pay for coursework, and potential fees for the application, fingerprinting, and exam.  Incredibly, gun owners would have to repeat this process every two years.   This bill also presents a significant obstacle to those facing an urgent safety threat.

S.5000A, by Sen. Brian Kavanaugh, deals with the criminal purchase and disposal of firearms.  Ironically, the premise of this bill is that crime guns come from out of state.  The ATF’s most recent trace data tells a much different story.  The number one source of illegal guns in New York is New York!  And, of all the crime guns recovered in New York, the vast majority of them are recovered in one city, New York City.  Six times the guns are recovered in the Big Apple compared to the next city, Buffalo.  Both of these cities overshadow the rest of the state.  This bill also borrows a lot of the same failed concepts from the costly CoBIS (ballistic identification database) system, which New York abandoned in 2012.  That failed boondoggle cost the state millions of dollars annually and was never an effective tool for solving crimes.   S.5000A seems to represent a move back to that type of system with zero evidence anything has changed.

S.6363, by Sen. Shelley Mayer, applies to orders that already mandate the “immediate surrender” of guns.  The bill therefore is quite unnecessary, especially given there is no evidence put forth showing noncompliance with these orders.  However, this bill does remove judicial discretion and seems to foreclose the option to voluntarily surrender, which will impact people getting their firearms returned under the “voluntarily surrendered” law.  For the remaining cases where someone refuses to surrender firearms, police are now forced to seize firearms (judicial discretion removed), potentially placing them in harm’s way.

Ultimately, none of these bill​s will do anything to enhance public safety.  The Legislature’s continued insistence on failed gun control is a distraction from the mess they have created by implementing outrageous “bail reform”, which keeps hardened criminals on the streets.  That, coupled with their continued attack on law enforcement, has created the perfect storm and has resulted in New York City having some of the highest violent crime rates in decades.  Albany politicians continue to focus on scoring political points with more failed gun control rather than making the streets safer.

Last week, redistricting numbers showed New York is losing a congressional seat.  With the new anti-gun Senate Democrat Majority leading the way in Albany, it’s no surprise that crime in New York City has skyrocketed, and it is little wonder why New Yorkers are headed for the exits.   Please contact your state Senator immediately and respectfully request they vote against these bills, especially S.1192A. 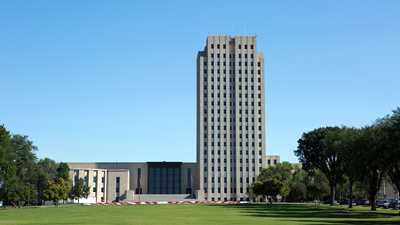