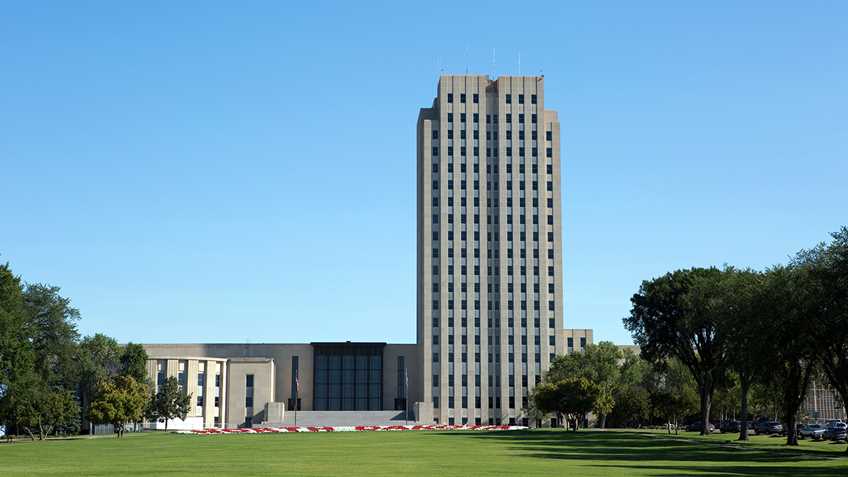 On April 30th, the North Dakota Legislative Assembly adjourned from its 2021 Legislative Session, after passing numerous pro-gun bills to the desk of Governor Doug Burgum for subsequent signing.  Those bills are outlined below:

House Bill 1293 expands the list of firearms that an individual can carry in their vehicle under North Dakota’s Constitutional Carry law. HB 1293 also removes the restrictions on certain times of the day when one can open carry, and reduces the residency requirement for Constitutional Carry from one year, to 30 days.

House Bill 1297 expands the list of locations that law-abiding gun owners can carry a concealed firearm for self-defense.  HB 1297 clarifies that athletic events are only a prohibited location if they are “school” sporting events.  Further, the measure allows for concealed carry in churches if the church has adopted a policy to allow it instead of previously having to obtain specific permission from the preacher or counsel.

House Bill 1498 strengthens North Dakotans’ fundamental right to self-defense anywhere they are legally allowed to be.  Victims of violent crime who respond with defensive force while protecting themselves or their loved ones should not have to face the additional threat of criminal or civil prosecution.  Law-abiding citizens are no longer required to retreat before defending themselves.

Senate Bill 2344 provides protections for gun stores, ranges, or any other entity that engages in the lawful selling or servicing of firearms, components, or accessories. SB 2344 also prevents the prohibition, regulation, or seizure of citizens’ Second Amendment rights during a declared State of Emergency.

Thank you to bill sponsors and those legislators who voted in support of these important measures. Also, thank you to Governor Doug Burgum who signed them all into law.  These bills would not have passed without their support, as well as the continued calls and emails from NRA Members and Second Amendment supporters.

Stay-tuned to NRA-ILA Alerts for more information and updates on your Second Amendment rights.​