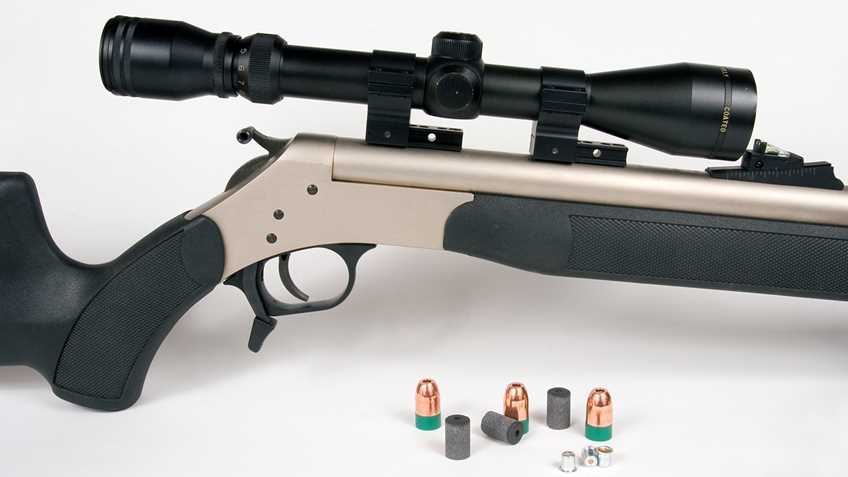 It didn’t take long after the events in Las Vegas, Nevada for gun control advocates to resort to their usual tactic of blaming hardware for the acts of an evil man. Numerous anti-gun bills were introduced almost immediately, with arch anti-gun Sen. Dianne Feinstein (D-CA) leading the charge. “This is written in clean English,” Feinstein insisted of her bill. “It does not take anyone’s gun.” Less than a month later, however, Feinstein abandoned the pretense of “not taking” guns and introduced perhaps the most sweeping gun and magazine ban in U.S. history.

Close on her heels this week was the recently-rebranded “Giffords” gun control consortium, which released a report that used the current debate over firearm legislation to … well, advocate for gun bans, too. But the Giffords report went well beyond the usual gun control talking points in extending its attack all the way to muzzle loading firearms. From the modern to the archaic, no gun is safe from the newly-emboldened prohibition lobby.

Considering these proposals, it’s hard to imagine how any firearm can thread the needle through all the justifications gun control advocates use to argue for additional bans.

Semiautomatic carbines that use detachable magazines must go, they say, because they can fire too many (relatively small) rounds too quickly.

But muzzleloaders -- which fire one shot at a time and must be laboriously loaded through by hand down the barrel – can deliver what “Giffords” calls “a particularly lethal .50 caliber round” and are therefore unacceptable as well.

Bump stocks should be banned, according to the report, because they increase the rate of fire of a semiautomatic rifle held against the shoulder.

Yet dispensing with the stock entirely – as in the case of AR- or AK-style pistols – also presents a problem for the “Giffords” group because that creates guns capable of firing rifle-sized cartridges that are “concealable like handguns.”

But concealability of course isn’t the only problem for “Giffords.” Exceptionally large guns are out, too. The Giffords report goes on to fault modern .50 caliber rifles for combining “long range, accuracy, and massive firepower.”

Of course, the actual use of .50 caliber rifles to commit crime in the U.S. is vanishingly rare, thanks to their considerable weight, bulk, and price tag. A five-foot long gun that weighs nearly 33 lbs. and costs as much as many used cars is not likely to be the sort of tool most common criminals will lug from one crime scene to the next.

Where does this all lead? The Boston Globe answered that question this week with an article headlined, “Hand over your weapons.” It states: “The logic of gun control lies, at bottom, in substantially reducing the number of deadly weapons on the street—and confiscation is far and away the most effective approach.” This thesis is accompanied by the usual celebration of Australia’s mass gun confiscation effort, an almost mandatory feature of any journalistic exploration of gun control these days.

And while admitting that “America is not Australia,” the Globe writer nevertheless asserts “there’s no way around” the conclusion that widespread gun ownership is to blame for violent crime in America and that the solution must involve confiscating “millions of those firearms … .”

It’s telling that the “Giffords” organization – once among the more moderate of the gun control advocacy groups – now demands curbs on the sorts of muzzleloaders that it admits “fell out of favor as a firearm of choice almost a century ago, and are generally seen as primitive antiques.”

But what’s really out of favor and antiquated, in the unforgiving worldview of gun abolitionists, is your Second Amendment rights. The values of America’s Founding Fathers are just as obnoxious to them as the revolutionary-era rifles that helped win America’s freedom.