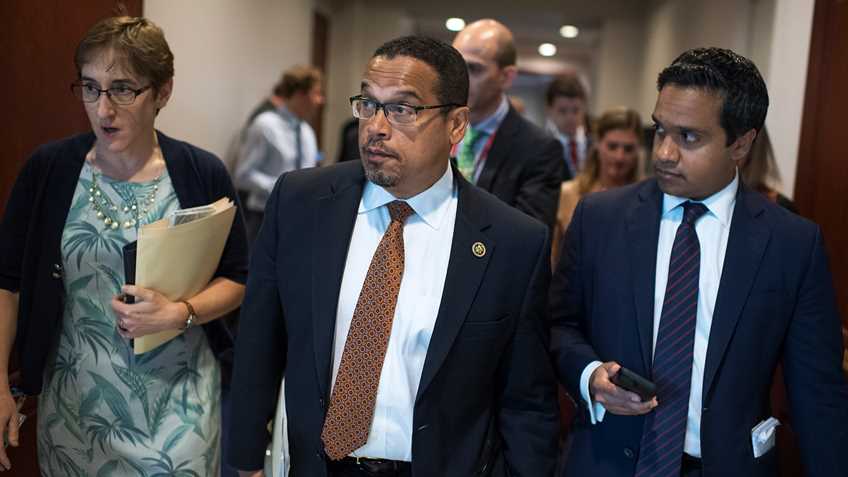 It appears that those gun rights supporters hoping that the leaders of the Democratic Party would engage in a moment of self-reflection following their historic defeat in the 2016 election may be left wanting. Despite having been routed in contests throughout the middle of the country, Democrats are on the verge of electing Rep. Keith Ellison (D-Minn.), an avowed opponent of gun rights, to Chair the Democratic National Committee. Ellison has made clear that he believes the Democratic Party should not only pursue a litany of severe gun control measures, but that the party should also directly attack the Second Amendment.

During an appearance on the March 21, 2014 episode of HBO’s Real Time with Bill Maher, Ellison explained his position on firearms. During a discussion on the efficacy of gun control, Maher challenged Ellison on the Second Amendment, which resulted in the following exchange:

Maher: Then why doesn't your party come out against the Second Amendment? It's the problem.

Maher: Really? Because I never hear anybody in the Democratic party say that. But they say, 'I am also a strong supporter.'

Ellison: You’ve got to check out the progressive caucus. We have come out very strong for common-sense gun safety rules.

The lawmaker went on to further characterize the type of gun control he supports by telling Maher, “what it means is that if you want to have grandpa's shotgun, have it, but get rid of the crazy military-style assault weapons.”

Ellison’s long history of working against the rights of gun owners stretches back to the time he spent in the Minnesota House of Representatives from 2003-2007.

Following passage, opponents of Minnesota’s new Right-to-Carry law filed suit, claiming among other things that the addition of the Right-to-Carry language to a natural resources bill violated the Minnesota State Constitution’s requirement that legislation be limited to a single subject. After a lower court struck down the law, the Minnesota Court of Appeals affirmed the ruling in April of 2005.

Of course, Ellison also voted against final passage of the 2005 Right-to-Carry bill.

In 2006, Ellison was elected to the U.S. House of Representatives. Since joining the U.S. Congress, Ellison has cosponsored a wide array of anti-gun legislation and has acted as a fierce advocate for harsh gun restrictions.

Ellison has supported bills that would ban commonly-owned semi-automatic firearms, ban magazines with a capacity greater than 10 rounds, ban popular types of ammunition, require gun owners to purchase liability insurance, and expand the categories of individuals prohibited from possessing firearms.

Ellison is also a cosponsor of H.R. 3830, the “Reducing Gun Violence in our Neighborhoods Act of 2015.” This misleadingly-titled bill would impose an additional $100 tax “upon the sale by the manufacturer, producer, or importer of any firearm.” This legislation also threatens the privacy of gun owners by forcing them to report lost or stolen firearms to law enforcement for inclusion in a federal database.

Of the numerous gun control measures Ellison supports, three in particular serve to illustrate the severity of Ellison’s anti-gun fervor.

Ellison is a cosponsor of H.R. 3411, the “Fix Gun Checks Act of 2015”, and H.R. 3051, the “Background Check Completion Act.” H.R. 3411 would criminalize the private transfer of firearms by forcing individuals to conduct nearly all firearms transfers through a Federal Firearms Licensee and subject to a background check. H.R. 3051 would eliminate a vital protection that permits a gun dealer to transfer a firearm to a prospective transferee three business days after a NICS background check has been initiated, as long as the FBI has not notified the dealer that the transferee is prohibited. This safeguard prevents the federal government from indefinitely suspending a firearm transfer without proper reason.

In June, Ellison participated in the widely-publicized gun control “sit-in” on the House floor. A purported goal of the protest was to force a vote on unconstitutional so-called “no fly, no buy” legislation that would permit the federal government to eliminate an individual’s Second Amendment rights without due process of law based on their placement on a secret government list. Minneapolis-based online newspaper MinnPost quoted Ellison as saying, “If law enforcement has deemed you to be so dangerous that you can’t get on an airplane, then maybe you shouldn’t be able to go get a gun… I’m happy to suspend your right to get a gun to sort out whether you should be in that program or not.”

Ellison is acutely aware of the problems inherent in using secret government lists as a tool to restrict rights, as he authored an April 9, 2014 letter to Department of Homeland Security Secretary Jeh Johnson that took issue with the accuracy of the federal government’s secret watch lists and the lack of opportunity for redress. In a news release that accompanied the letter on Ellison’s website, the congressman acknowledged that his own constituents have faced difficulties stemming from their placement on a secret government watch list.

The fact that Ellison seems to understand the problems attendant to government background checks and secret government watch lists in certain civil liberties contexts, but not as they pertain to Second Amendment rights, underscores the congressman’s anti-gun zealotry.

Ellison’s radical anti-Second Amendment positions will not win the Democratic Party favor with the American people. Polls show that the overwhelming majority of Americans support the U.S. Supreme Court’s interpretation of the Second Amendment, that it protects an individual right to keep and bear arms. Recent surveys have also revealed that majorities oppose a ban on commonly-owned semi-automatic firearms and understand that more Americans exercising their Right-to-Carry makes the country safer.

Following past defeats, the more rational leaders of the Democratic Party worked to steer the party away from the gun control issue in order to improve the Democrats’ electoral prospects. Choosing Ellison to lead the party would be doubling down on an anti-gun strategy that has failed time and time again. 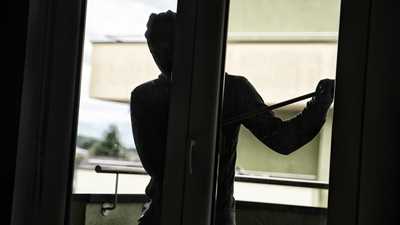