Polls Show Americans Distrust Clinton, and Give Her Supporters Reasons to Panic 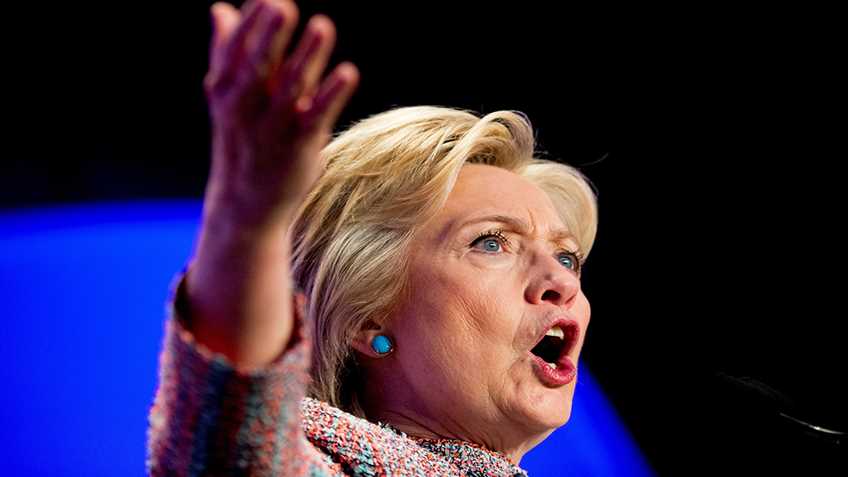 While the FBI might have let presumptive Democratic presidential nominee Hillary Clinton off the hook for her alleged mishandling of classified information, recent Washington Post/ABC News and CBS/New York Times polls suggest that the American public is far less forgiving. Coupled with recent polls showing presumptive Republican presidential nominee Donald Trump leading, or within striking distance, in several swing states, some in the Clinton camp are beginning to panic.

On Monday, the Washington Post published the results of their poll, conducted July 6-7, which asked respondents several questions regarding the Clinton email scandal. When asked, “Do you approve or disapprove of [FBI Director James] Comey's recommendation that Clinton should NOT be charged with a crime?”, a majority of 56 percent answered that they disapprove of his decision; this included a majority of independents. A mere 35 percent approved of FBI’s recommendation.

Another question asked those polled, “Does this issue make you worry about how Clinton might handle her responsibilities if she's elected president, or do you think it's NOT related to how she might handle her responsibilities if elected? IF WORRIED: Are you very worried about this, or somewhat worried.” 57 percent of individuals polled answered that they are either “very worried” or “somewhat worried.”

According to the CBS/NYT poll, conducted July 8-12, Clinton’s statements regarding her handling of classified information, which were refuted by FBI, seem to have further eroded the minority of people that still considered her trustworthy. When asked, “Do you think Hillary Clinton is honest and trustworthy, or not?” 67 percent deemed her not honest and trustworthy, including 74 percent of independents. A CBSNews.com article on the recent poll noted that the 67 percent figure is “up from 62 percent last month and the highest percentage this election cycle.”

On Thursday, The Hill reported that some poll-watching Senate Democrats are beginning to worry that Trump will defeat their candidate. The article describes a private meeting attended by Clinton and several Democratic senators. According to The Hill, a Democratic Senator who was on hand said of the meeting, “Some people were freaked out, they were looking down at the polls on Real Clear Politics and asking why it was so close.” Another individual, described as a “senior Senate Democratic aide,” told the news outlet that this wasn’t the first time senators had raised concerns about how close the polls are.

While Clinton supporters are “freaked out” about swing-state polls, there are some others that should send them right off the deep end. A February 2008 USA Today/Gallup poll reported that 73-percent of those polled believed that the Second Amendment protects “the rights of Americans to own guns,” rather than “members of state militias such as National Guard units.” A similar CNN poll from 2009 placed respect for the individual rights interpretation of the Second Amendment at 77 percent. A 2013 Rasmussen poll found that 74 percent of respondents understood that the U.S. Constitution protects the “right of an average citizen to own a gun.”

Despite the fact that it has been repeatedly shown that the overwhelming majority of Americans understand that the Second Amendment protects an individual right to keep and bear arms, Clinton has time and again revealed that she intends to work to overturn the U.S. Supreme Court’s decision in District of Columbia v. Heller, which recognized this right. During the course of her most recent presidential campaign, Clinton has said that “the Supreme Court is wrong on the Second Amendment” and called Heller, “a terrible decision.” Moreover, during a recent appearance on ABC’s This Week, Clinton repeatedly refused to acknowledge that the Second Amendment protects an individual right.

When it comes to the Second Amendment, Clinton is wildly out-of-step with the American public. Clinton supporters, you have permission to freak out.