Anti-gun advocates are working overtime to ram their agenda to restrict the Second Amendment through the legislative process before they go on summer recess, which starts July 1 after floor session has adjourned. After passing 10 anti-gun bills through committee earlier this week, both the Senate Appropriations and the Assembly Public Safety committees have anti-gun legislation on their respective agendas.

On Tuesday, June 21, at 9:00 a.m., the Assembly Public Safety Committee in State Capitol room 126 will hear Assembly Bill 1511. This legislation appears to be self serving to Bloomberg and other anti-gun groups who have been pushing similar misguided measures in other states. California’s long-standing temporary loan provision to so-called “universal" background checks has been a thorn in their side as they have struggled to explain to other states, such as Nevada, why their proposals are more restrictive than what is currently allowed for in California. Rather than continue their struggle, the answer was simple, continue to erode the rights of Californians by making the temporary transfer laws even tighter and unworkable.

Assembly Bill 1511 would effectively end the long-standing practice of temporarily loaning a firearm for lawful purposes. Under this legislation the ability to loan a firearm to anyone other than a family member, absent limited exceptions, would now be prohibited unless conducted through a dealer. Gun control advocates are pushing legislation like AB 1511 under the guise that this will keep firearms out of the hands of criminals. Criminals do not go to FFL's to loan their firearms out to their friends.

Please contact the members of the Public Safety Committee by using our TAKE ACTION button below and urge them to OPPOSE AB 1511.

With just a one “work” day notice to their constituents, the Senate Appropriations Committee has decided to schedule five anti-gun bills to be heard on Monday, June 20, at 10:00 a.m., in the John L. Burton Hearing Room (4203). The bills have been scheduled as a “Special Order of Business” which seems to indicate that the bills will not follow the general process of being sent to the suspense file, which they are eligible for, and instead be sent immediately to the floor for consideration upon passage in an effort to continue to fast track the attack on your rights.

Please contact the members of the Appropriations Committee by using our TAKE ACTION button below and urge them to OPPOSE AB 1664, AB 1673, AB 1674, AB 1695, and AB 2607. Please click here to read our previous alert with an explanation of all of these bills. 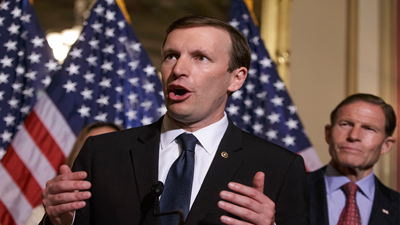