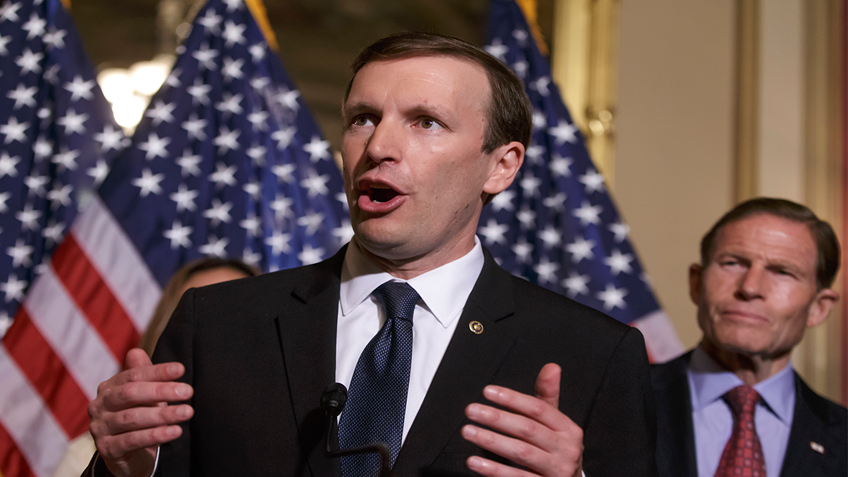 Gun control proponents are nothing if not predictable, and they wasted no time exploiting the terrorist attack in Orlando, FL to frantically push their agenda. Much of the hysteria surrounded their longstanding effort to ban semiautomatic rifles like the AR-15. But in the wake of a mass casualty event, truth is always the next casualty.

Sen. Chris Murphy (D-CT) provided perhaps the best example of this phenomenon by staging a 14-hour filibuster of a critical appropriations bill this week to browbeat Senate colleagues into committing to a gun control vote. Any politician who talks at that length might occasionally stumble upon the truth, but Sen. Murphy did a remarkable job of avoiding it. And as gung-ho as the Washington Post has been in supporting the renewed calls for gun control (if “it insults the Constitution, so be it,” a Post columnist wrote), a Post fact-check published on Friday could not find cover for several of the filibuster’s more outlandish moments.

First, the Post considers Murphy’s claim that states which have enacted stricter gun control laws have “less gun crimes” and “less homicides.” The Post notes that Murphy was simply recycling an earlier claim by President Obama that its fact checker had already determined fell into the category of a “false, misleading impression” created by wordplay and “language that means little to ordinary people.”

Murphy’s version, however, used even more sweeping language and earns an even stronger rebuke from the Post (three Pinocchios to Obama’s two). When suicides are omitted from the total of what Murphy claimed were “gun crimes” and “homicides,” it “made a huge difference,” according to the Post. “Half of the 10 states with the lowest gun-death rates turn out to be states with less-restrictive gun laws.” In any case, Murphy’s simple binary comparison (one factor to another) offers no evidence of any causative effect between the factors.

Next, the Post tackles Murphy’s claim: “AR-15-style weapons weren’t legal in the United States until 2004 after being banned for 10 years. It is not coincidental that there was a massive increase in mass shootings in this country after 2004.”

The Post first notes that even Murphy’s own staff could not point to specific data to back up his assertion. It then cites a number of scholarly articles published between 2004 and 2016 that analyzed different aspects of how these so-called “assault weapons” were or were not implicated in “gun violence” and public mass shootings. Ultimately, the Post assigns the statement three Pinocchios and concludes, “the data shows that the ban was not particularly effective in the first place — and that mass shootings have not increased significantly since [the ban’s expiration].”

The final claim the Post rates came not from Murphy, from but his party’s ranking member in the Senate, Harry Reid (D-NV), who also took to the center ring in Murphy’s media circus. Reid, in turn, referenced the statement of an al Qaeda spokesman, who insisted, “You can go down to a gun show at the local convention center and come away with a fully automatic assault rifle, without a background check and most likely without having to show an identification card.”

Reid’s first mistake, although the Post doesn’t dwell on it, was basing policy arguments he made on the U.S. Senate floor in the propaganda of a terrorist who had been indicted by a federal court for treason and received his just deserts at the business end of a drone strike.

The fact-checker also gives an accurate overview of private sale regulations, noting that some states add their own requirements above those of federal law, which requires (wherever the sale occurs) background checks when dealers sell guns to private individuals or the firearm is sold across state lines.

Despite Reid’s obvious inaccuracies and the dubious source of his information, the Post let him off with two Pinocchios, as if the effort of holding Murphy accountable had already overtaxed its journalistic integrity.

Unfortunately, Murphy, Reid, and like-minded colleagues did eventually extract promises from Senate leadership for votes on two gun control measures. No doubt, Capitol Hill will be awash in additional bogus claims to support what proponents of gun control hope will be their long-awaited breakthrough.

That’s why your U.S. senators need to hear from you that Americans will never surrender any of their rights, including those protected by Second Amendment, to the demands of terrorists … or of the fork-tongued politicians that quote them.

The U.S. Senate will be voting on a series of gun control measures as early as Monday.  Please contact your U.S. Senators immediately and let them know you oppose any new gun control legislation. You can call your lawmakers at 202-224-3121, or click here to write your lawmakers today.