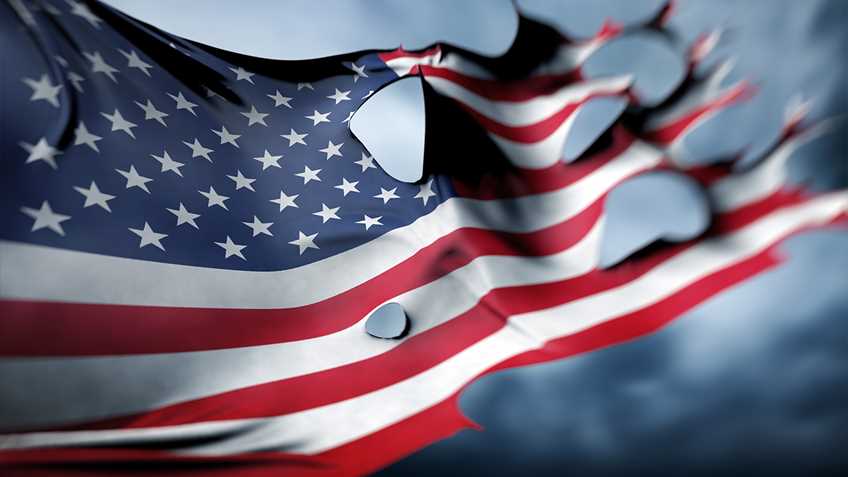 Gun owners have come to expect a certain amount of anti-gun bias from the mainstream press and entertainment industry. Unfortunately, in recent years this noxious prejudice has found its way into a wider variety of media, even some directed at members of our armed services.

Late last week, Military Press published a movie review on a new Katie Couric-produced gun control documentary titled, "Under the Gun." To describe the review as "glowing" (it labeled the documentary a "must-see") would be a severe understatement.

The California-based reviewer fawns over the film's producer and content, and notes appearances by representatives from gun control groups such as Michael Bloomberg's Everytown for Gun Safety, Brady Campaign, Law Center to Prevent Gun Violence (formerly Legal Community Against Violence), and Americans for Responsible Solutions. Finally revealing the scale of her bias, near the end of the piece the reviewer notes, "I am all for hearing gun-owners out and speaking with a cool head and I heard what they said in the documentary. That being said, I still don’t understand their reasoning behind safely, security and precautions."

While the critic is entitled to her opinions (even if arrived at without critical thinking), the piece veers wildly off-course when she presents several gun control talking points to the reader as undisputed fact.

First, the author notes, "The rise of mass shootings has become an epidemic." This is not the case. As we have noted before, mass shootings have been, and remain, rare. A 2015 Congressional Research Service study, which defined a "mass shooting" as "a multiple homicide incident in which four or more victims are murdered with firearms, within one event, in one or more locations in close proximity," found that shootings covered by the study accounted for a mere 0.66 of all murder victims from 1999 to 2013. As for a purported increase in frequency, respected criminologist James Alan Fox of Northeastern University has repeatedly made clear that there has not been a dramatic rise in mass shooting incidents. In 2013, Fox wrote a piece for USA Today where he explained, “it is important to dispel the widely held notion that mass shootings are on the rise." Following the release of the CRS study, Fox reiterated that in regards to mass shootings, "There's no solid trend," and, "No matter how you cut it, there’s no epidemic."

Later, the author uses a well-worn gun control talking point, noting, "Gun violence is the second leading cause of death in children from 10-19." This is a slight variation on a misleading classic that we have repeatedly exposed. In short, gun control advocates mislabel 18 and 19-year-old young adults as "children" and purposefully exclude certain ages in order to concoct a favorable statistic.

The critic then goes on to state the ridiculous claim perpetuated by handgun prohibitionist organization Violence Policy Center that, “The manufacturing and distribution of teddy bears is more tightly regulated for health and safety than handguns.” Firearms are not subject to the authority of the Consumer Product Safety Commission, thanks to the efforts of gun rights activists and our friends in Congress. Firearms are specifically exempted from CPSC’s authority because some have shown an interest in using the agency to ban entire classes of firearms. Instead, firearms manufacturing and distribution are extensively regulated by the Bureau of Alcohol, Tobacco, Firearms and Explosives. Anyone who doubts the rigor with which the manufacture and distribution of firearms are regulated should take a moment to peruse ATF’s Federal Firearms Regulations Guide.

This is not the first time Military Press has revealed an anti-gun ignorance and bias. The April 1, 2013 edition of the publication contained an item titled, “Gun control debate rages on.” In part, the article discusses the debate over whether the Second Amendment protects an individual right to keep and bear arms or merely a state’s right to maintain a militia. Incredibly, the article makes no mention of the landmark U.S. Supreme Court cases District of Columbia v. Heller and McDonald v. City of Chicago, both of which made clear that the Second Amendment protects an individual right to arms. Rather than confront reality, the article states, “so far, probably to both sides’ frustration, the courts have never fully defined the Second Amendment and its implications.”

It should come as no surprise that those with anti-gun views would seek to influence members of the armed forces with their political propaganda. Current and former members of the military are, as a group, almost universally well-respected, and on a more individual basis, are often pillars of our communities. Further, those who would restrict our rights are aware of the deep support the military community and NRA provide each other.

Current and former members of the armed forces comprise an indispensable segment of NRA membership, and as such, NRA understands a special obligation to pursue issues that uniquely affect this group. In this effort, NRA has worked to enact Right-to-Carry laws that waive training requirements and fees for those with military experience. NRA has also fought for changes that would allow military personnel to carry the means of self-defense while on military installations. Most importantly, NRA has led the fight to reform the Department of Veterans Affairs’ unconscionable practice of stripping veterans of their gun rights based solely on a determination that the veteran needs financial assistance managing his VA benefits.

The anti-gun community’s efforts to misinform the unsuspecting public are distasteful, however, these efforts take on a particularly repugnant character when the propaganda targets those who fought to protect the very liberties they would destroy. NRA will continue to expose these attempts wherever they arise.