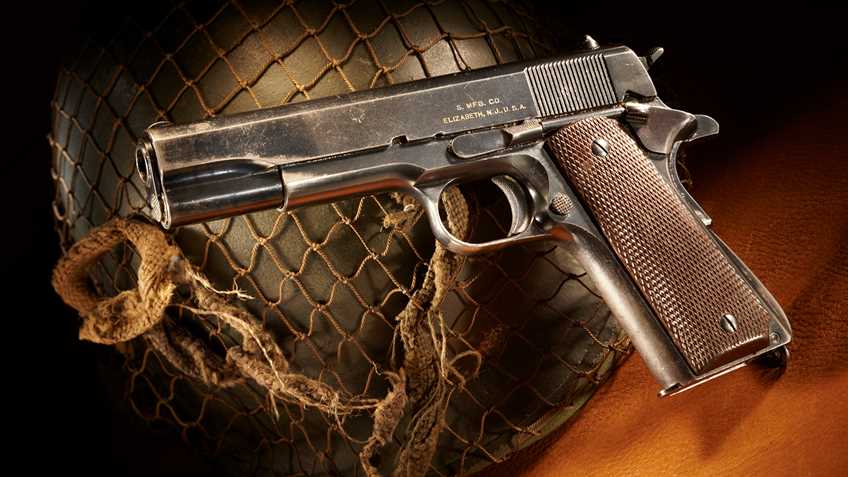 On Tuesday, President Trump signed into law H.R. 2810, the National Defense Authorization Act for Fiscal Year 2018 (NDAA). Included in the law is a provision long sought by collectors of vintage firearms and militaria that would require military surplus M1911/M1911A1 pistols (1911s) to be made available for sale to the American public. The military currently has some 100,000 excess 1911s sitting in storage at taxpayer expense.

A previous version of the NDAA signed into law by then-President Obama in 2015 authorized, but did not require, the Secretary of Defense to transfer up to 10,000 surplus 1911s per year to the Civilian Marksmanship Program (CMP) for sale to the public. Unsurprisingly, no such transfers were ever made while Obama remained in the White House.

The language in the 2018 NDAA effectively establishes a mandatory pilot program under which at least 8,000 – and as many as 10,000 –1911s would be transferred to the CMP for public sale in 2018. The Secretary of Defense must then report to Congress on the outcome of the program. Thereafter, the Secretary would be authorized to continue transferring up to 10,000 surplus 1911s a year to the CMP for further such sales.

Despite the typical heated (and inaccurate) rhetoric from gun control advocates, the CMP pistols sales will utilize a variety of safeguards that exceed even the normal procedures the organization has used for years to distribute surplus military M1 Garands, M1 carbines, and .22 rimfire trainers.

For example, the pistol sales may only occur through a federally licensed firearms dealer (FFL) in the purchaser’s state of residence, who of course will be obligated to obey all state and local laws of the point of sale. Sales records allowing for the tracing of the firearms – should they later be found at a crime scene – will be kept both by the CMP and by the transferring FFL. Furthermore, the buyer must receive the pistol from the FFL in a face-to-face transaction at the FFL’s business premises. Pistols will not be provided directly to the buyers by the CMP.

The CMP has further indicated two background checks will be conducted in connection with each sale, one by the CMP prior to shipping the pistol to the specified FFL and another by the FFL before releasing the pistol to the customer at the FFL’s place of business.  And while federal law allows an FFL to transfer a firearm three days after a “delay” response by the National Instant Criminal Background Check System (NICS), the CMP will only transfer the firearm to the FFL if NICS provides a “proceed” response to the first background check.

Those wishing to acquire one of the surplus 1911s must be U.S. citizens, eligible to receive firearms under federal law and the laws of their places of residence, members of a CMP-affiliated club, and able to provide proof of participation in a marksmanship activity. Only one 1911 will be available to each customer per calendar year.

Once 10,000 orders are received, the CMP will assign a random number to each customer. These customers will be contacted in sequence with the grading and pricing options that are then available.

No timeline for release or pricing information is currently available.

Nevertheless, this is another major victory for gun owners under the Trump administrations. The NRA in particular would like to thank Sen. Luther Strange (R-AL) and Rep. Mike Rogers (R-AL) for their leadership in this historic effort.

Stayed tuned for further updates on the implementation of this program