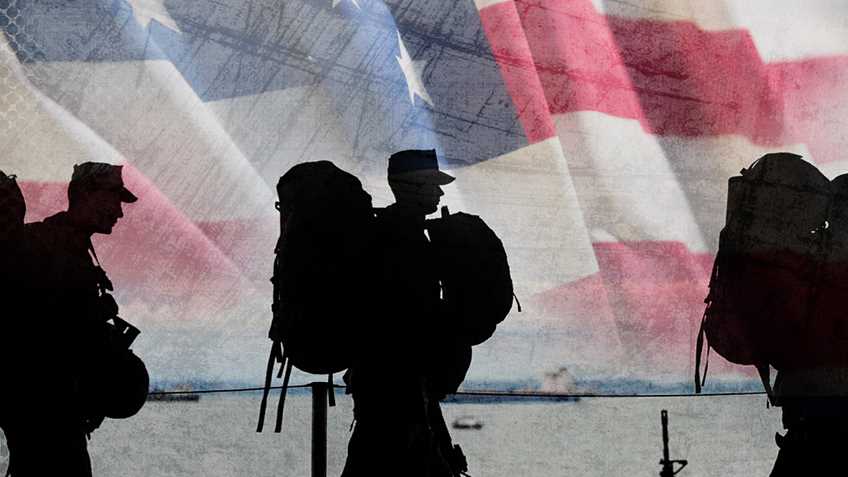 Veterans Day is an important opportunity to formally reflect on the freedoms we cherish and those whose service has made them possible. However, as has often been pointed out, a few moments on designated holidays are not enough to properly recognize the men and women who have served in our armed forces. Showing our appreciation is one of the reasons why NRA is engaged year-round on issues that uniquely effect veterans and our current fighting men and women.

In recent years, NRA’s most visible advocacy on behalf of veterans has been the effort to remedy the egregious abuses by the Department of Veterans Affairs and the Department of Justice that have resulted in over 100,000 veterans being erroneously listed in the National Instant Criminal Background Check System (NICS) as prohibited from possessing firearms.

The VA has a method for assigning a “fiduciary” to VA beneficiaries who might, for the sake of convenience or difficulty, need a little help managing their finances. The VA employees making this determination are not required to have evidence that the beneficiary is dangerous to himself or others. Further, once a VA employee determines that a beneficiary should be assigned a fiduciary, the burden falls upon the beneficiary to prove otherwise.

Federal law bars firearm possession by those who have been “adjudicated as a mental defective or who has been committed to a mental institution.” The VA insultingly contends that that the assignment of a fiduciary renders a beneficiary “adjudicated as a mental defective.” Having categorized the beneficiary in this manner, the VA forwards the beneficiary’s name to the FBI in order to be included among the convicted felons, drug users, and those dishonorably discharged, in NICS.

The VA and the DOJ do not care that there is no formal adjudication in this procedure, or that classifying these individuals as “mental defective” is inaccurate in any legitimate sense of the term. Admitting as much, the VA website makes clear “The determination that you are unable to manage your VA benefits does not affect your non-VA finances, or your right to vote or contract.” Not only does this practice offend the Second Amendment and the Fifth Amendment right to due process, it defies common sense, ignores statute, and is a smack in the face to those who have sacrificed so much for the liberties we all enjoy.

This is why NRA has worked with our friends in Congress to support the Veterans Second Amendment Protection Act, and more recently, the Mental Health and Safe Communities Act. This important legislation would halt VA’s practice of prohibiting beneficiaries merely assigned a fiduciary, and would create a legitimate procedure for those currently burdened by this status to appeal their prohibition. Under this legislation, a veteran would only be adjudicated as prohibited if they are found to be a danger to themselves or others, following a procedure in which the beneficiary has the opportunity to present evidence in their own defense.

NRA also recognizes that current and former members of our armed forces have overwhelmingly demonstrated that they have the competency and character sufficient to be trusted to provide for their own self-defense. Therefore, NRA has supported measures to make it easier for current and former military to exercise their Right-to-Carry.

In the case of veterans, NRA works to waive the typical training requirements often imposed on those seeking carry permits. As for current military, NRA has fought hazardous gun-free zone policies at military facilities. Most recently, following a heinous attack on two military installations in Chattanooga Tenn., NRA-ILA made clear that “Congress should pursue a legislative fix to ensure that our service men and women are allowed to defend themselves on U.S. soil.”

Other NRA efforts recognize the often transitory nature of military service, and the burdens this can place on gun ownership. NRA is constantly working to pass legislation that recognizes the unique strains placed on highly-mobile military families, and ensures that their right to purchase, possess, and carry firearms are respected no matter what state they are stationed in, or how temporary their assignment. Moreover, NRA has worked to enact important privacy provisions prohibiting the Secretary of Defense from collecting information “relating to the otherwise lawful acquisition, possession, ownership, carrying, or other use of a privately owned firearm, privately owned ammunition, or another privately owned weapon by a member of the Armed Forces or civilian employee of the Department of Defense.” 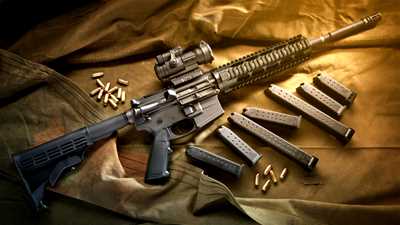