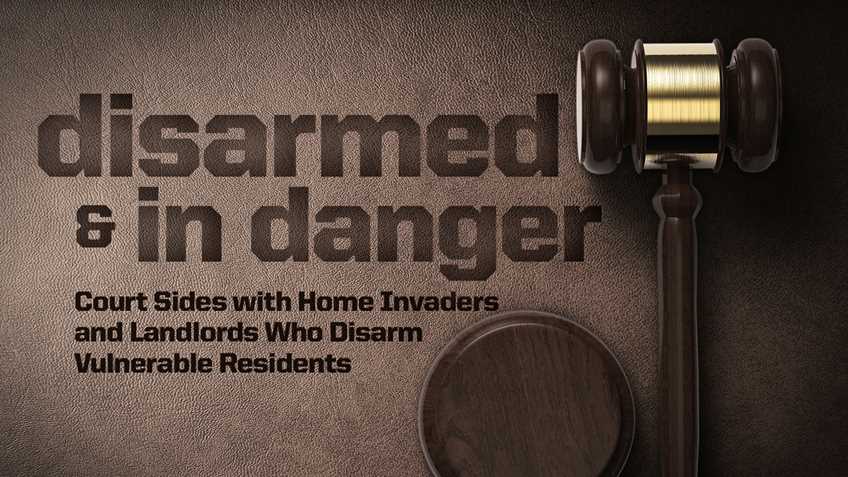 Burglars targeting seniors and landlords who run publicly-subsidized apartments where such criminals strike with abandon won a legal victory in Maine this week, as Knox County Justice William Stokes dismissed a suit by a man threatened with eviction for exercising his Second Amendment rights.

We have been reporting since last year on the case of Harvey Lembo, a 67-year-old former police officer and lobsterman who obtained a handgun for self-protection after his subsidized apartment in Epping, Maine was burglarized multiple times by thieves looking for pain medicine. And it’s a fortunate thing he did. The very night after he obtained the gun, the wheelchair-bound senior was forced to use it to defend his life against yet another home invader, this one with a felony record for a violent crime.

Although police did not charge Lembo, who shot the intruder in his shoulder while in fear for his life, his landlord, Stanford Management Company, informed him less than 24 hours after the incident that under the terms of his lease, he would have to relinquish gun ownership or face eviction.

Lembo sued Stanford Management, citing the Maine Civil Rights Act, which is supposed to protect the state’s residents from infringements of their constitutional liberties. Rockland Park, the apartment complex where Lembo lives, advertises on its website that “[s]ome apartment homes are subsidized and Section 8 welcome.” Thus, the landlord’s business model depends at least in part on public funds. Lembo himself receives housing subsidies, and he cannot readily relocate because the number of apartment developments that accept such vouchers is limited. That makes him and other residents of places like Rockland Park more susceptible to negligent or heavy-handed treatment.

Lembo’s suit sought damages and a permanent injunction against the landlord for threatening to evict him for lawfully possessing a firearm in his residence. He cited the constitutional rights to arms of both the U.S. and Maine Constitutions as protecting his right to do so. While constitutional rights can only be directly enforced against government action, Maine’s Civil Rights Act also applies to violations of legally protected rights occurring by private actors through “physical force or violence against a person, damage or destruction of property or trespass on property,” or by threats of the same. Lembo noted in his complaint that a forcible eviction premised on a constitutional violation would necessarily involve force and trespass, and his landlord’s threat to evict him on illegal grounds was necessarily a threat of such force and trespass.

Justice Stokes, who admitted in a footnote to his opinion that he was formerly a member of Michael Bloomberg’s gun control organization Mayors Against Illegal Guns, disagreed. Rather, he characterized the threat of eviction as simply an expression “of an intention to pursue available legal remedies.” The court adjudicating the eviction case would then have to decide the rights of the parties and supervise a resolution of their conflict.

The upshot of the ruling is that Maine landlords can threaten to evict vulnerable tenants like Mr. Lembo for any reason, and provided they threaten to go through a judge, the tenant is helpless to raise a civil rights claim until after the individual or his property have already been illegally thrown out the door.

That may be a win for landlords that won’t protect their residents but still seek to disarm them, but it’s an even bigger win for predatory criminals who can plan who to victimize simply by matching up gun-free apartment complexes with elderly or other vulnerable tenants.

It’s a good thing that in the moment of crisis, Mr. Lembo’s gun came through for him. It’s a sad thing that the same cannot be said of a legal system that too often fails to protect society’s most susceptible members against its most opportunistic and plundering ones.

The good news is that, going forward, residents of subsidized housing in Mr. Lembo’s situation will have the law on their side, thanks to the enactment this session of NRA-backed LD 1572, an Act To Ensure Nondiscrimination against Gun Owners in Public Housing. Sponsored by Senator Andre Cushing (R-Penobscot), the law will prevent public housing authorities from adding provisions in rental agreements to ban the lawful ownership, use, possession, bearing or transportation of firearms by tenants. The legislature, at least, could recognize an unjust situation when they saw it, and they chose to stand with those who wish to exercise their rights and protect themselves. It’s a shame Mr. Lembo had to endure what he did, but his cautionary tale will ensure his experience won’t be repeated in the Pine Tree State.

Report Suggests that Doctors are a Leading Cause of Death 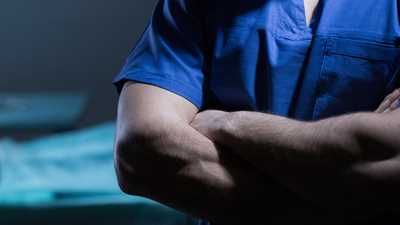