California: One Week left in the 2015 Legislative Session

The 2015 legislative session will be ending Friday, September 11.  One anti-gun bill is waiting for its final vote by the state Assembly and three anti-gun bills are heading to Governor Brown for his consideration.

To ensure this message gets out to as many Second Amendment supporters in the Golden State, please forward this alert to all your family, friends, fellow gun owners and sportsmen, so they can also express their OPPOSITION to AB 96, AB 1134,  SB 347, and SB 707.

Senate Bill 347 would add to the list of misdemeanors convictions that would result in a 10-year prohibition on the possession of firearms.  An addition of these misdemeanor offenses to the prohibited category, includes the possession of ANY ammunition on "school grounds."

Inform Governor Brown that these bills are hypothetical solutions to problems that do not even exist.

Assembly Bill 96 was introduced with the intent of curbing poaching and helping to end the illegal ivory trade, which is an honorable endeavor.  However, AB 96 would not accomplish its purported objective.  This bill would only harm those who have no part in these activities; firearm owners, sportsmen, hunters, recreational shooters and gun collectors who have legally purchased firearms (knives, jewelry, antiques and other items) that have incorporated ivory features for decades.   If implemented, AB 96 would make property of value that had been acquired legally and in good faith unsellable.  Needless to say, property that cannot be sold is radically diminished in value and/or now worthless.

If Assembly Bill 1134 is enacted into law, it would only increase the red tape and costs associated with CCW issuance and not allow Californians in their jurisdictions the ability to apply for CCW permits to every agency they can legally apply to.   AB 1134 would do nothing to address crime and would simply impede law-abiding citizens from obtaining a valid CCW permit.

Lastly, Senate Bill 707 would cause more confusion and expense at the end of the day due to the imprecise language within that can and will lead to inadvertent violations and unjust prosecution of otherwise law-abiding firearm owners.  To our knowledge there is not a legal case in California or the United States, where a concealed carry weapons holder or retired law enforcement officer committed an act of violence while on school property.  SB 707 does nothing to address crime and is yet another misguided piece of legislation that only impacts law-abiding CCW permit holders and retired law enforcement officers.

The Illinois Supreme Court rejected Cook County's tax on the sale of firearms and ammunition with a unanimous 6-0 decision in this NRA-backed case. 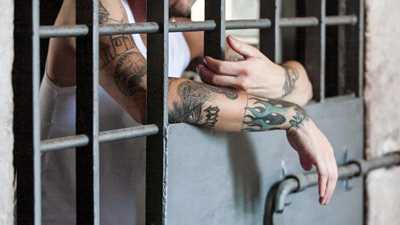