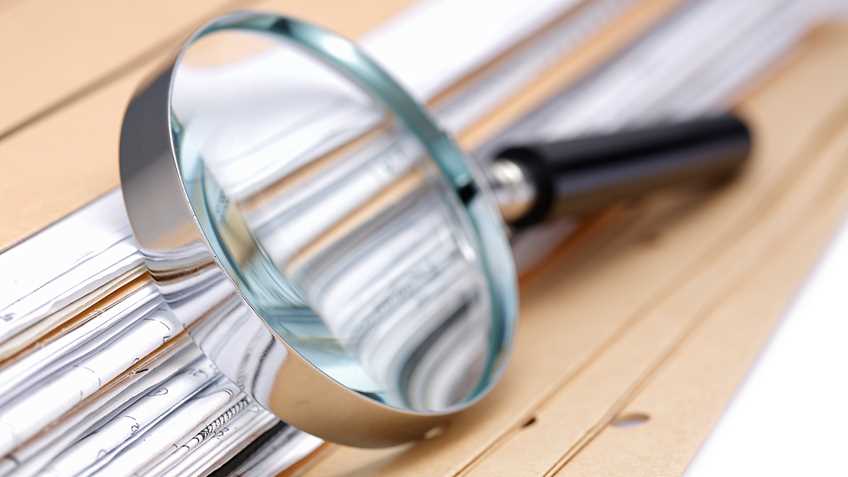 “Who could argue with that?” one might say. “The more records available for review, the better.”

The truth, as usual, is more complicated than most people realize.

Including juvenile records in firearms background checks presents a number of thorny issues, including those related to due process, developmental psychology, and logistics. Anyone who values the Second Amendment and fundamental fairness should approach the issue with caution and skepticism.

First, it is important to understand how the current federal background check process for firearm acquisition works.

In the case of a federally licensed dealer (FFL), the intended recipient visits the FFL’s place of business and fills out a form answering – under penalties of perjury – “yes” or “no” to various questions about potentially disqualifying adjudications, commitments, convictions, or other circumstances.

The FFL then contacts the FBI or a state criminal records agency (depending on whether the state in question has opted in to administering its own system), which checks the individual’s personal identifiers against the records available to the system.

It is important to understand that under current law, disqualifying circumstances are meant to be categorical and objective. That is, the only question for the background check system is whether any records indicate a person falls into a statutorily defined class of prohibited persons.

If not, the transfer is approved.

If so, the transfer is denied.

If the matter is unclear, the transfer is delayed, and the underlying circumstances are subject to further review.

In order to ensure such delays don’t lead to de facto prohibitions without actual proof of ineligibility, however, FFLs have the option (but not the requirement) to transfer the firearm after three business days elapse from when the background check was initiated. The FFL, of course, must not have any reason to believe the person is actually prohibited before making the transfer.

In the case of a “delay-transfer,” background check analysts continue trying to resolve the question of the person’s eligibility for several more weeks (up to about 90 days). If a disability is eventually established, the case will be referred to the Bureau of Alcohol, Tobacco, Firearms, and Explosives for possible retrieval of the firearm and, where appropriate, prosecution of the individual for lying on the background check form.

The records that populate the background check system are overwhelmingly provided by the states, and include records of arrest, conviction, and the outcome of other judicial proceedings.

The statutorily defined categories of prohibited persons most likely to implicate juvenile records include “any person” who:

This is where things get complicated.

That’s because there is a separate “justice system” pertaining to juveniles in the states.

As explained on a government website that describes the features of the juvenile justice system, the “process operates according to the premise that youth are fundamentally different from adults, both in terms of level of responsibility and potential for rehabilitation.”

In line with these goals, the system typically takes a more paternalistic and less punitive view of “justice” than the adult criminal justice system. The website continues:

There exists a firm belief that youth can and will lead healthy and constructive lives if given the opportunity to grow instead of being presumed irredeemable and segregated from their communities.

The flipside of this restorative approach, however, is that the juvenile system is typically more informal and less focused on procedural due process than the adult criminal justice system. Most states do not consider adjudications of delinquency in the same category as criminal convictions.

This promotes the goal of giving the system more options to provide services and rehabilitative opportunities to the accused juvenile.

From the juvenile’s perspective, however, there are not all the same procedural protections from state action as in the adult system.

This restorative emphasis and lower threshold of judicial process also means records of juvenile adjudications are treated differently than criminal convictions. Most are not considered public records, for example. And often they are purged when the juvenile reaches the age of majority. In general, juvenile records are less likely to be “held against” the individual than records of criminal convictions.

Of course, juvenile misbehavior varies in degrees. And in most states, very serious behavior – homicides or assaults resulting in serious physical injury, for example – can lead to a juvenile being prosecuted in the adult criminal justice system, with all the usual consequences that implies.

Given all this, including records of juvenile adjudications in firearm-related background check systems can introduce serious legal, philosophical, and practical problems.

Developmentally, juveniles – as compared to adults – are likely to be relatively ignorant, impulsive, overconfident, and shortsighted to lack perspective and mature judgement. All this, of course, predictably leads to more disruptive tendencies. But sometimes acting out on these tendencies says less about the character of the juvenile than the person’s age, development, and circumstances.

The very existence of juvenile justice systems throughout the states demonstrates a consensus that it is cruel to allow bad decision-making in youth to hold back someone in adulthood who has gotten his or her act together.

Moreover, when it comes to due process and the ability of juveniles to assert their rights against unjustified or erroneous state action, they do not have the resources, sophistication, or procedural benefits available to defendants in the adult criminal justice system. In other words, even innocent juveniles may have to take the rap, rather than beat the rap, simply because they do not have the means, knowledge, or wherewithal to assert their rights.

Practically speaking, the considerable problems that have plagued background check systems even with criminal records are likely to be even more pronounced with juvenile records. The quality, availability, reliability, consistency, accuracy, and thoroughness of juvenile records will almost certainly be less across the board than criminal records, because the very point of having a separate system is so these records DO NOT follow juveniles throughout their lives.

Finally, using juvenile records against individuals ONLY in the Second Amendment context disparages this fundamental liberty and treats it as a second-class right.

This should chill the heart of any pro-gun advocate who understands the essential difference between a right the government cannot abrogate without compelling and well-established justification versus a privilege it can administer, bestow, and deny at its own pleasure.

Given these issues, NRA-ILA recommends limiting records about juveniles in firearm-related background check systems to those pertaining to criminal convictions in the adult system.

Rest assured, the NRA will be closely scrutinizing the outcome of the Senate negotiations to ensure issues pertaining to juvenile records are not used as an end run to prevent law-abiding, responsible adults from benefitting from the right to keep and bear arms.